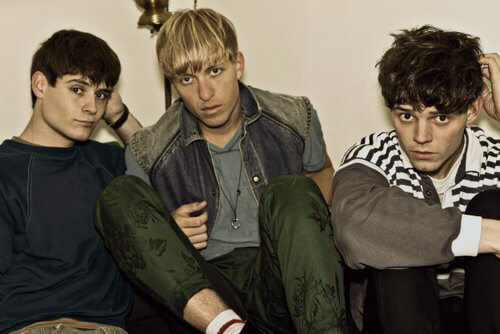 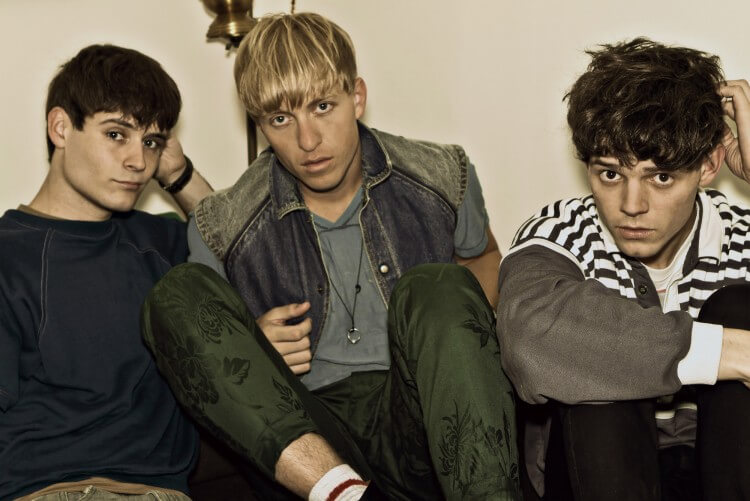 When guitarist Jacob Graham and singer Jonathan Pierce began to work on the Drums, they first decided they needed to get away.

So the two convened down in Florida, basically leaving where anything was happening so they could have a little peace and quiet. That’s when they began deciding just what they’re new band would be.

“Once we had recorded some songs and realized exactly what it was we wanted to do, that’s when we decided to move back to New York,” Graham says.

That idea was a band that melded ‘60s girl group pop mixed with a New Wave-era brand of late ‘70s/early ‘80s guitar pop of Scottish bands like Orange Juice, the Wake, Strawberry Switchblade.

At first, the duo wrote songs with that exact combination in mind.

“When we started the band, it was very much very firm parameters,” Graham says.

When the two returned to New York, they quickly took to the New York City rock club scene, quickly building a bunch of buzz.

Graham had played in New York a few times while in a previous band and it was always an intimidating experience, he says.

When the Drums formed, Graham no longer had any trepidation about playing in the city. Graham says it felt like he had grown out of it.

“I wasn’t at all embarrassed about what I was doing,” Graham says

Meanwhile, Pierce’s past in a band called Elkland was also helping shape the Drums direction. The Drums were a lot more cautious about how they approached their music industry dealings.

“It helepd the Drums start out on the right track,” Graham says.

That led the band to recording their albums themselves and signing with powerhouse indie label Frenchkiss Records.

The home recorded albums were recorded with a simple home set-up. There’s a selection of the band’s instruments, a bare minimum of recording equipment and a computer.

Graham says none of the band members are experts when it comes to recording, but they like the control doing it themselves gives them.

“We hope our creativity can compensate for the lack of our technical skill,” Graham says.

That creativity is also stepping beyond the original aesthetic that guided their first self-titled album. Their 2011 sophomore album Portamento kept lines of guitar pop and swirling ‘60s production, but showed a growing skill at writing pop songs untethered from genre classification.

Graham says the band definitely loves writing pop songs and it’s beginning to be an intuitive to write like that.

“At this point, it’s almost ingrained in us,” Graham says.

And as the band as grown into their own skin, they have even caught the ear of one of their heroes, Edwyn Collins. They got to meet him through his son, Will, and ended up playing with Collins on his 2010 solo album, Losing Sleep.

Now the band is already eyeing work on its third album. This time they hope to work on it at a slower pace though, Graham says.

“We’re really going to try to take our time with it.”