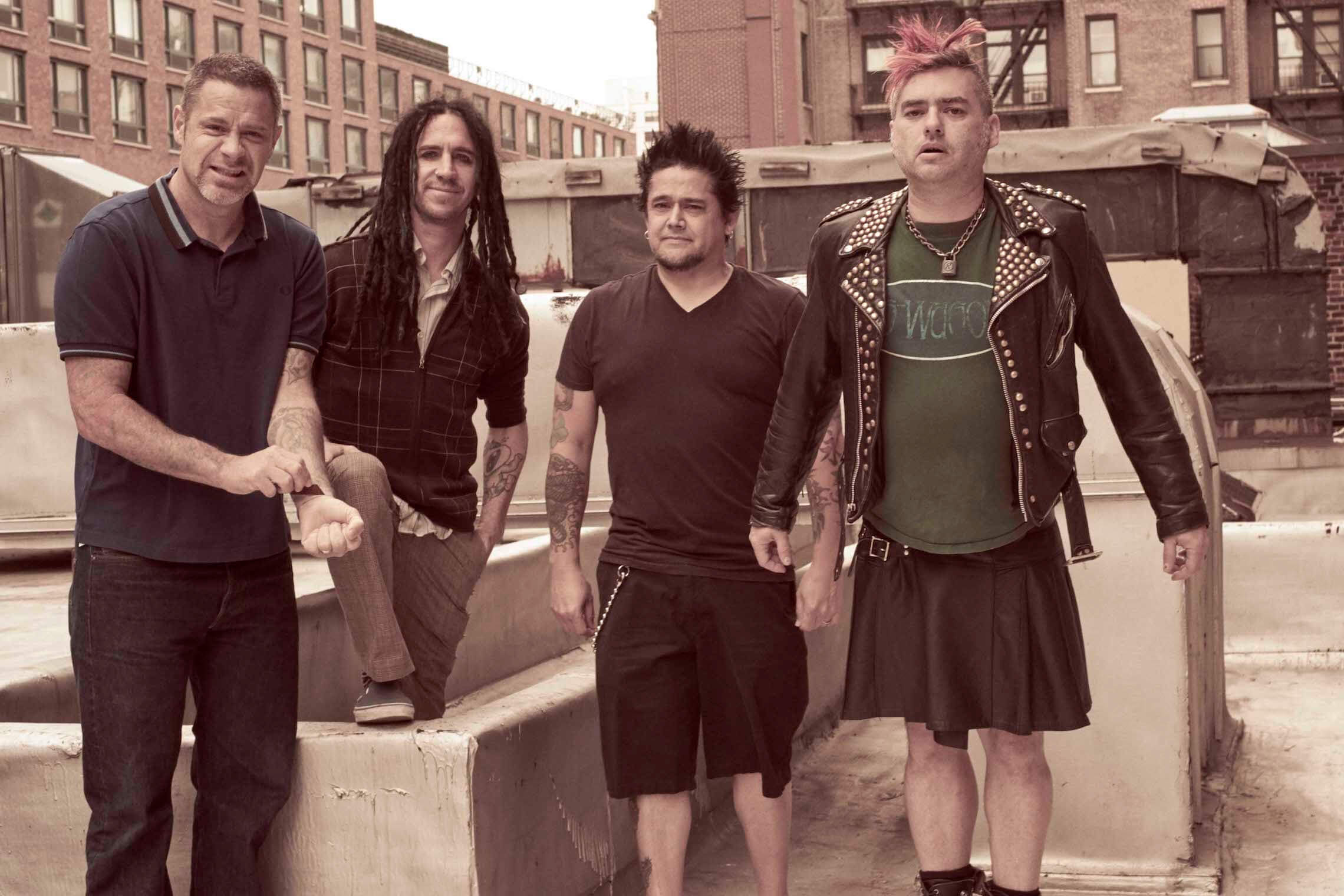 When I spoke with Fat Mike of NOFX a few weeks ago, back before we plunged into this nightmarish alternate history where a former reality TV star and outspoken racist and misogynist ascended to the world’s most powerful office, I asked the skate punk legend if he thought art or, more specifically, the punk rock genre was voting for a Trump presidency. Meaning: Did he think the music of the punk counterculture, which has been tamed by Top-40 sellouts and poseur audiences alike, would be reignited by the election of a “pussy”-grabbing fascist who unabashedly won the hearts of the Kremlin, KKK and a minority of the popular vote?

After all, the early ’80s L.A. punk scene, where Fat Mike cut his teeth and watched some of his friends lose theirs, got a cocaine-esque shot in the arm from the election of a different GOP celebrity. Indeed, Ronald Reagan, and all that he stood for, became the target of Gen X punker ire in circle pits across the continent. L.A.’s Wasted Youth featured an evil-looking Reagan on the cover of their debut record Reagan’s In. Farther north, the Dead Kennedys dubbed the sitting president “Emperor Reagan” in the song “We’ve Got A Bigger Problem Now.” And even farther north, Vancouver’s D.O.A. were a touch more curt: “You’re fucked up, Ronnie,” they chanted.

But Fat Mike didn’t think a Trump presidency would necessarily be good for punk. The 49-year-old said his Fuck Everything Generation differed from Gen Y and Z’s Everything’s Fucked Generations and that writing anti-Trump hymns today would probably end up being pretty cliché.

“Of course you’re against him,” Fat Mike said from his California home. “How could you even sing about him? He’s so terrible; you can’t even make light of him. You can’t say anything that hasn’t been said — it’s like singing a song about Charles Manson.”

As of last Tuesday, there might not be another choice.

NOFX is performing at Sokol Auditorium Nov. 16 in support of their thirteenth studio album First Ditch Effort, which is a quasi-addendum to their recent memoirs NOFX: The Hepatitis Bathtub and Other Stories. The book, which details the four-piece band’s coming of age into punk rock and punk stardom, is a TMI meditation on sex, drugs and rock and roll, all told in barroom-style anecdotes by band members past and present.

“We’ve been around for a while so we have a lot of stories,” Fat Mike said. “I read ‘Please Kill Me,’ the New York punk book, Mötley Crüe’s book, and I just thought we could tell a story that was different and better in some ways and I convinced the band to do it.”

Notorious for their booze and drug-fueled antics and debauchery on the road, Fat Mike said his bandmates agreed to spill their collective guts of all content for the sake of the book, even if to a fault. What NOFX got in return was a sometimes humorous, sometimes cringeworthy autobiography that never seems to escape the heartbreaking moments in between: L.A. punk gang violence, including a haunting story about members of The Family abducting a young girl in front of Fat Mike and guitarist Eric Melvin; drummer Erik “Smelly” Sandin’s junkie lifestyle; and Melvin’s surviving sexual abuse as a child.

“No one really freaked out,” Fat Mike said about his bandmates seeing their skeletons in print. “After reading it, we all realized that Smelly wins. His stories are the best. That was the most interesting for me, because he really wouldn’t talk about much those years. Me and Melvin would hang out and see each other, but Smelly would just go off and do his junkie stuff. And even on tour he’d disappear for days at a time. We didn’t know what he was doing.”

Apparently, the NOFX drummer was shooting up with Courtney Love, accidentally kidnapping Billie Joe Armstrong of Green Day when he was just a random kid in the back of a stolen van and doping in front of Rolling Stone Magazine cameras to score more balloons of heroin. But those are just some of the more light-hearted tales that help the heavier material go down.

On track seven of NOFX’s new LP, Fat Mike confesses that he’s been hiding his affinity for wearing women’s clothing since the age of 13. First Ditch Effort also includes a farewell to the late Tony Sly of No Use for a Name and a farewell to earth as we know it on its last track “Generation Z.”

Fat Mike, who has two daughters, 12 and 17, recruited his older stepdaughter to recite an apocalyptic poem at the end of “Generation Z.” But neither she nor her younger sister will ever glimpse the pages of Hepatitis Bathtub, the punk rock dad said.

“We told them that they are not allowed to read it — ever,” he said. “I don’t think they will because once they read the first page they probably won’t want to read anymore.”

Fat Mike’s probably right. The book opens with his current wife pissing in his mouth.