In North Omaha, there lies a recording studio formerly housed in a basement which documented the careers of a few well-known soul and hip hop artists. Artists like Al Green, Childish Gambino, Lalah Hathaway, Carl Thomas and Al Jarreau, just to name a few, are all iconic names who demanded time in this studio to record their precious tracks.

A chance to witness their sound live is easy to fix as they hit the stage on April 26 at the Alamo Drafthouse Theater in La Vista for a publicly premier of “The Exxperience” performed live.

If the sound of this project doesn’t intrigue you, it’s possible that you are not a true jazz or funk music fan. However, Lewade does not perform or create for the sake of attention, although he’s developed a community around his soulful sound just the same. He’s been on tour a handful of times. He’s produced four albums and played at venues like Sokol Auditorium, House of Loom, Loves Jazz and Arts Center and The Waiting Room. While music has always played a significant role in his life, Lewade recalls plenty of highlights that regenerated his 15-year career.

“I remember touring with The Last Few after I got back from college,” Lewade said. “We toured Las Vegas for a year and back then the hustle was that everybody was trying to get signed. So we were out there doing our thing but what I learned is that sometimes everything ain’t meant to be. You may think you should be doing one thing when you should be doing another.”

He goes on to share how the band initially got signed to a major booking agent when the lead drummer, J. Shannon, got saved and wanted to rededicate his life to God (his daddy was a preacher). So the band couldn’t go through with the deal and everybody returned back to Omaha. When Lewade returned, that’s when he decided to open up the The Lab Recording Studio.

Felicia Webster, an artist and friend, collaborated with Lewade on his first album released in 2006 for The Last Few. The album featured Lewade as lead musician with J. Shannon on drums, plus vocals with Darius Greir, Amir Flanigan, Arthur Youngblood and Felicia.

“I have known Wade since we were little kids,” Felicia said. “My Aunt Mattie went to his father’s church, Liberty Baptist, and invited my family to come on Sundays. We not only went to church together, but later in our adulthood we reconnected and I was blessed to be a part of The Last Few; an eclectic, neo soul collective, in 2008-2010. Working with Wade is magical because of his keen ability to grab just the right sounds and manifest music that reflect the artist his is producing! He really is a musical genius.”

“I remember booking him for the 4-year anniversary of The Love Down Below at Loves Jazz and Art Center last December. Let’s just say, Big Wade and The Black Swan Theory brought the house down. I will always work with him; hands up, down, all around. WORD!”

Lewade speaks of his upbringings in the church as what encouraged his musical growth. He played through childhood into college, attending Louisiana’s Grambling State University on scholarship and playing in the legendary Tiger Marching Band under the direction of Coach Eddie Robinson, Sr. Grambling State University, of course, is one of the top universities in the South offering crowd-rocking half-time drumline performances Not to mention the legendary football tradition led by Coach Robinson who won 408 games during his career, helping at least 200 players into the NFL.

The memories continued when Lewade was asked to start a music studio after college focused on the business side of things.

“The story of our first studio is pretty crazy,” Lewade explained. “We decided to start it because we couldn’t find the right sound at other places. So with the things I learned, I connected with Reggie Clark (the studio was in his house) and we just started it on our own. So when I got back to Omaha that’s what we did.”

In 2004, the two guys opened Versatile Entertainment together and kicked off with promotion and recordings. They started with hip-hop shows and the Midwest Poetry Vibe using Reggie’s contacts to book the venues and Lewade’s connections to bring the talent.

“When I started the studio, the main goal was just to record music,” Lewade shared. “But once I got kinda good, people started asking for help. It was therapy at the same time because I was in there 12-16 hours a day sometimes. So people started coming in from other states. I don’t think they were coming for the studio but for the production that came out of it. And I knew we had something when a platinum selling artist wanted to come to the basement, you know what I’m sayin!”

As his hustle continues, Lewade mentions some of his favorite moments working with artists like Lalah Hathaway, soulful jazz vocalist and daughter of Donnie Hathaway; and M1 of Dead Prez, a prolific writer and hip-hop rapper.

“M1 was the first guy that ever gave me a chance,” Lewade said. “I’ve had a lot of artists come in who sold some records but not as many as him. He’s a real cool dude and he would call me and ask me to send him some tracks, and say he was working with certain artists like Erykah Badu and some others but call me up and say ‘let’s work!’ ”

These memories inspire him frequently. While feeding the family is always a priority, Lewade prides himself in the passion he has for music and this city. But a few times he thought about quitting and moving until a close friend, Houston Alexander, radio personality and professional UFC fighter, convinced him to give Omaha another chance.

“I was actually considering leaving in 2009,” Lewade admits. “I had already moved out of my house and everything. But one day I was doing an interview with Houston at the radio station and told him that I was outta here and that’s when he told me why he chose to stay. Houston was the man and he told me he wanted to give Omaha an identity. And at the time Houston could have stayed anywhere, he was that guy! So he told me, ‘Man you should consider staying in Omaha because there’s no other studio like what you have. So if you stay, you can give Omaha an identity too.’ ” 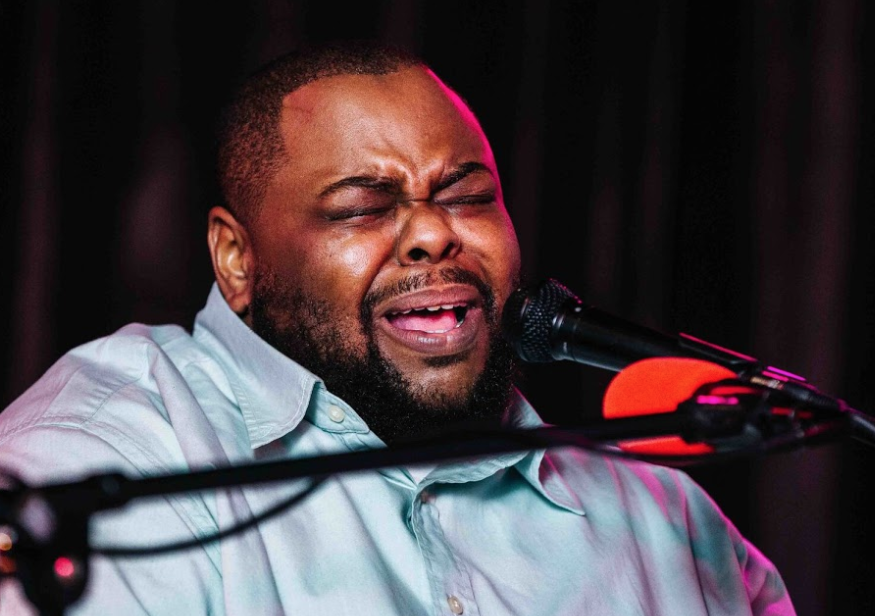 After running the basement studio for a few years, the location moved to The Lab Recording Studio in 2010, still in North Omaha, on Lake Street. Here Lewade continues to open the doors to record great talent but the journey doesn’t stop here, he feels. The band and Lewade have recently secured a partnership with the HiFi House, a major game changer in the music industry for artists booking at a national level.

Tomás Contreas, now the Director of Operations for The Lab Recording Studio, began his relationship with Lewade as an artist and recording engineer 15 years ago. He learned from Lewade about his business skills and inspired Tomás to join in on the efforts with The Black Swan Theory.

“A year ago Lewade and I sat down to come up with a plan and from then on we committed to launching this new project,” Tomas said. “What makes this so special is that Wade, as humble as he is, is finally coming out with this new album and accepting his gift. It’s a chance for him to spread his legacy within Omaha and throughout the midwest.”

Lewade can attest to being originally comfortable with the music production and being behind the scenes. But when he first started singing, he was just experimenting in the studio to help other artists. He didn’t know that this singing, which he calls an accident, would lead to both his first solo album, released in 2009 and his recent project with The Black Swan Theory.

The Black Swan Theory includes Lewade and four other players including J. Shannon on drums, James White on guitar, Jonathan Brooks on organ and Mariole Sanders on Bass. The band also plans to go on tour showcasing the live album The Exxperience in Summer 2017 to include a performance in Bellevue’s Hullabaloo Music Fest on August 4.

Regardless of his musical background, Lewade promises to bring just as much passion with this album as he does working in the studio. He just wants people who listen to it to know that he has Omaha in his heart and wants to be in yours too.

“All I hope for is that for this album, like most artists want, I wanna live with you,” Lewade said. “When you clean up, when you head to work, or when you’re in a certain mood, let me live with ya for a minute! Even when you want a Netflix and chill moment, let me live with you then. ‘Cause the best CDs you remember had a lot of memories and I wanna help you create some memories too!”