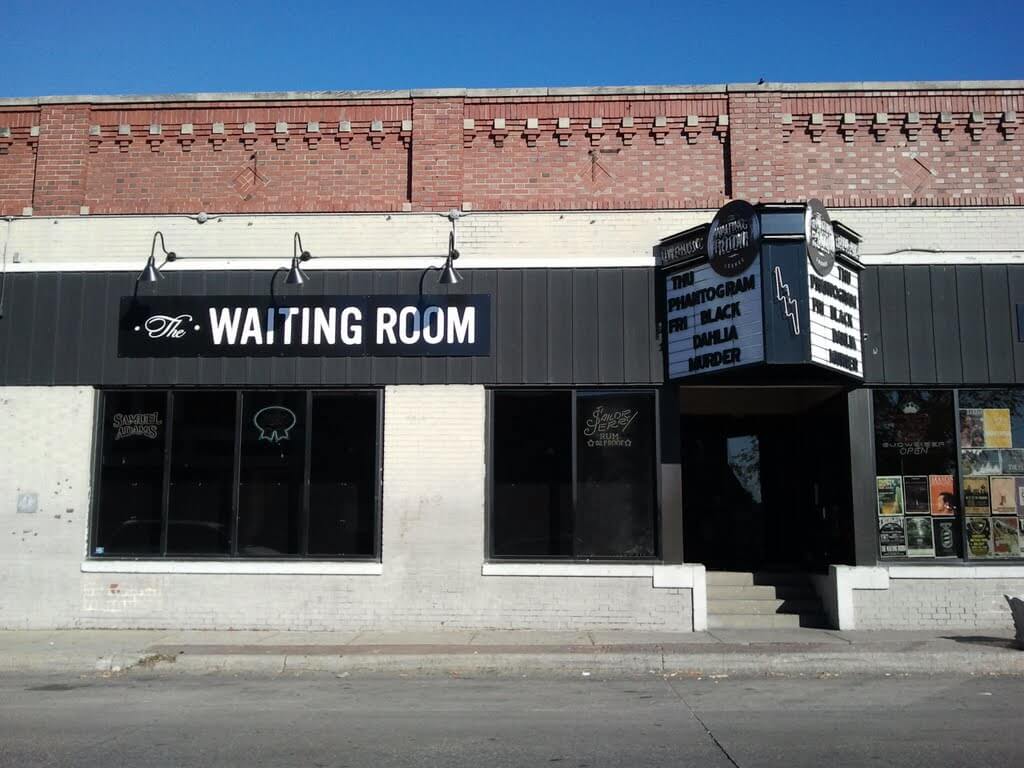 I’m going to start this with a cliche: music is my life. I mean it too. It is and has been for literally since before I was born. My parents toured with the Grateful Dead and I was a product of that groovie atmosphere. I got pulled out of first grade once to go see Jackyl on their “50 shows in 100 days” stint. My parents and I once tried to tally up the number of band performaces I’d seen (each band playing at a festival counting as one) and the number was somewhere in the triple digits. The high triple digits.

With all that being said, it wouldn’t be farfetched to think I might crave live music. I would even go so far as to call myself an addict (with no desire to recover).

I’m one year away from completing my bachelor’s degree and as most people know, college can be hard on both one’s wallet and one’s time. Up until this past weekend, it had been nine months since my last festival and well over a year since my last metal show. I may have the hippy in my blood but my mother also bestowed upon me a burning thirst for metal; I need to thrash as much as I need to jam.

The OEAA celebrated their 10th annual showcase this weekend with over 70 bands playing six venues across two nights in conjunction with the third anniversary of Benson’s First Friday. There was no end to the variety or the stream of people passing between venues until well past midnight. I went in completely blind, new to this area with nothing except cursory facebook searches of the band names to tell me what to expect.

I showed up to the Waiting Room just past 8, the reverberations of the first band shaking the window panes. The band, a metal band I would soon learn is called Fallible, was so loud that the people at the door and I communicaed through passing a cell phone text screen back and forth. Then, I was in and already my blood was pumping, thriving on the pulse-pounding drum and bass in the air.

Fallible is a self-described modern hard rock band from Omaha. Their influences cited include The Used and Breaking Benjamin but listening to them it’s hard to not hear heavier influences bleed through. (I’m pretty sure I heard some Craig Owens/Chiodos in the high vocals.) Fallible played to a small head-bobbing crowd, enthusiastically pulling them in and giving it their all to warm the room up for the other bands. They blend guitarist Daniel Carr’s heavy scream vocals with clean singing of the melodic variety from Shawn McAllister and backup from bassist Tony Stanton. In the background, drummer Derek Bird leads with gunfire drumming that gave me no problem following and headbanging to, despite never having heard this band before. Many of those gathered seemed to be loyal Fallible fans, wearing their tee shirts and singing (or screaming) along easily. Overall, they got my blood pumping for more, a feat that can be difficult when your band is literally screaming at the crowd in sometimes unintelligible growls.

Find Fallible on facebook or through their Bandcamp where you can hear and buy their debut album, Left Behind.

From here, I followed most of Fallible’s fans across the street to Burke’s Pub to hear The Impulsive, who claimed on their facebook to be “Omaha’s Premiere Alternative Metal Band.” I felt unsure first of all what alternative metal was and second of all that any metal band would really be playing in this small place with an apparent bicycle theme and no stage to speak of. However, I knew I liked metal and I knew I liked alternative music and I figured the fusion couldn’t be half bad. (Wikipedia cites Led Zeppelin as possibly fitting into the alternative metal genre, if that’s any indicator.)

I was right. The Impulsive was not half bad. In fact, they weren’t even a quarter bad. I wouldn’t say they were bad at all. I would actually say in my years of being a local metal conniseur from here to Texas, they were easily one of the best. (This includes blowing away bands that had the beneficial bias of being my friends or ex boyfriends.)

The Impulsive didn’t need a stage to make their music. In fact, more than once they completely ignored all sense of where they should have been standing, the bassist and guitarist leaving their designated area to jump and stomp in the crowd. Their influences include Avenged Sevenfold (as seen on one of their member’s shirts) and Suicide Silence (as also seen on one of their member’s shirts) as well as Metallica, Bullet for My Valentine, Breaking Benjamin and Three Days Grace. I would argue that those influences did not do them nearly enough justice for the heaviness of their sound, the cohesiveness of their band and the absolute joy they seemed to have in playing. The five piece band has been around since 2010 but only featured their current lineup for a year. When I wasn’t leaning against a table to support my enthusiastic headbanging I was paying attention to lyrics, something vocalists Shane Vogel and Jake McDermott bring to life together.

I’m going to go on a tangent here. The Impulsive touches on real life subjects with the kind of genuineness that has been lost in the nu metal/hardcore scene in recent years. I have watched some of my favorite bands put out the most Disney-princess-eseque lyrics (Memphis May Fire’s “Legacy” with “do you have the courage to follow your heart?” and “words only come to life if you believe” making me laugh every time) and cheesy songs (“You Are Not Alone” byOf Mice & Men). Any time I turn on the radio I hear Five Finger Death Punch’s Ivan Moody whining that “it’s all so messed up and nobody ever listens.” To me, it feels like the trend is to hedge your bets on actual substance and poetry in favor of generic pleas of “I’ve had something bad happen to me, it was hard, I got through it, yeahhh.”

The Impulsive does more than just croon generically between gutteral growls and a well-timed “bleck” sound that has become a staple of most metal songs. In fact, when I got home I bought their EP from iTunes, the first thing I’ve bought through that cursed platform in three years. The Impulsive was everything I needed in a metal show and my only regret is that they, like Fallible, won’t be doing another show until August.

After The Impulsive, I downed about three glasses of water to rehydrate and journeyed back to The Waiting Room. The next band was a bit of a welcome cooldown, a good old rock ‘n’ roll band called A Wasted Effort. 3/4 of the band was dressed in loose-fitting suit and tie, with drummer Derek Talburt in a Coldcock Whiskey tee shirt, because honestly who wants to drum in a suit?

It takes absolutely zero suspension of disbelief to think that A Wasted Effort spends their time listening to Led Zeppelin or Van Halen for inspiration. Vocalists Corey Bremer and Jared Gottburg took turns belting out blues-laced smoothness complete with a fair amount of hands sliding down chests suggestively a-la-Jim-Morrison. The entire set was a riot in the best way possible, fluidly shifting from headbanging to jazz swaying to flat out dancing and jumping. It’s no wonder that A Wasted Effort enjoyed a 2013 OEA nomination for Best Hard Rock because they stay true to the spirit of hard rock and make sure the crowd have a blast while doing so. It was hard to not smile the entirety of the show. You can catch A Wasted Effort at Bogies West Bar and Grill June 10, see their facebook for a full list of tour dates, or check out their ReverbNation where 50% of the proceeds spent buying their music goes to the Fender Music Foundation, which is a charity devoted to supplying music education programs with instruments and equipment.

The final band of the night for this concert-goer was the perfect end to a time that started heavy, got heavier, and then glided down from hard rock to rest comfortably in the competent hands of The Bishops.

The Bishops are also no stranger to the OEA awards, having been nominated twice and won twice. This is thanks to their energetic ska/reggae sound, which includes Scott “Spiny” Norman playing the keyboard with one hand and the trumpet with the other; Mike Bechtel alternating between singing, playing guitar and trombone; and Ira Hughey playing trumpet, singing, and playing a box of miscellaneous percussion including the vibraslap.

I’ll admit freely that I don’t tend to gravitate toward reggae. I can appreciate its presence at a jam-filled festival but I don’t actively seek it out. I am, however, forever grateful that a fellow groover at The Waiting Room pulled me aside and recommended I stay for the next band, “a bunch of like 40-year-old dudes who all jam out.” (For the record, the majority of The Bishops would probably be flattered to be called 40, considering they’ve been a band for 20 years.)

The Bishops were a dance party for all in attendance, drunk or sober, young or not-so-young. They jammed and grooved and swung and jived and ended my note on the perfect high note (probably from one of the trumpets). After the show, while I waited outside for my ride to appear, the band passed by me on their way out. It was then that Hughey, one of the two main vocalists of the group, clapped me on the shoulder and thanked me for dancing. I was too slow to thank him fully in return for making him dance, but maybe he’ll read this. The Bishops have a few gigs on the horizon, including one at the Down Under Lounge June 13.

In case anyone was wondering, a cell phone’s pedometer counts headbanging and jumping in its steps. By the end of the night, I had headbanged the equivalent of 4 miles.

The OEAA presents 45 different awards in performing arts, music and visual art each year. Nominations are done online and are open to the public through August 31. The winners will be announced next January.