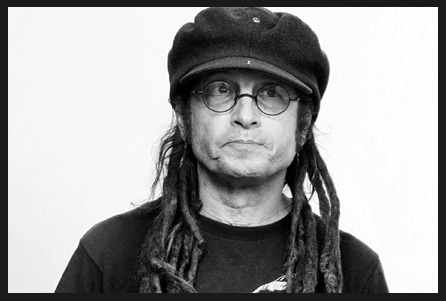 Once you get to talk to Off!’s Keith Morris, it’s no surprise that the Black Flag and Circle Jerks co-founder Keith Morris is making vital music more than 30 years after the dawn of hardcore.

Since forming Off! in late 2009, Morris has been eagerly kicking against barriers, boundaries and genre classifications, almost as a direct repudiation of the closed off attitude of some people in the punk rock scene.

“I refused to be placed in a box,” Morris says.

Morris says he felt the close-minded, selfish mentality of hardcore punk didn’t fit what he’s about. The view of “You’re not cool if you play with them” didn’t jive with Morris, whose listening preferences stray far and wide from the sound he had a hand in creating.

So Morris went about making a band that would be fine sharing stages with punk band just the same as they would acts like OMD, TV on the Radio and Superchunk. Morris wants to be around a mixture of people.

“I want to go the party and not hang out with a bunch of people with mohawks,” Morris says.

On the phone, Morris talks at an impressive clip and with plenty to say. He’s lived, learned and formed a rock-solid opinion about everything he’s experienced.

His voicemail is blunt, while subtly encapsulating his history of hanging out, as he asks callers to clearly enunciate their key information like name and phone number.

“Don’t assume I have your number just because we drank beer and hung out in a parking lot 30 years ago,” Morris’ message states.

Morris, a seminal figure of both rock and punk music, has seen a better variety of places since forming Off! than he did with Circle Jerks, Morris’ long-running punk act. The band was popular but they never seemed interested in playing outside of the scene, Morris says.

“It still didn’t equate to going to far away places,” he says, adding that Off! has appeared at events like Spain’s Primavera Sound Festival, the Reading and Leeds festivals in England and the indie music-centered Pitchfork Festival in Chicago.

Off! rose up as Morris and the other members of Circle Jerks came to another impasse while trying to record a new album.

Morris had enlisted Burning Brides’ Dmitri Coats to produce the album. Morris says he was looking for an approach similar to what it was like when he first started playing in bands.

“We were just happy to be playing music,” Morris says.

However, the other Circle Jerks members were set in their ways and not ready to follow the lead of younger producer, especially one that wanted to push the band to do exemplary work.

“Dmitri had set a pretty high bar,” Morris says. “We needed to come out with all guns firing.”

The problem was the band wasn’t willing to meet that quality standard. Morris says the songs presented by the other band members threatened to turn the album into a watered-down version of the Circle Jerks.

Morris says it boiled down to commitment, as some of the members viewed Circle Jerks as “a part-time band” to their main gigs, bands that decamp to the studio for months and put together albums piecemeal.

Morris wanted to put together quality songs then rip through them live in the studio, hoping to capture the verve and energy of the live band.

But eventually, it became apparent the album wasn’t going to be finished.

“Burning Brides was one of my favorite bands on the label,” Morris says.

So once Coats and Morris put together a few demos, Morris sent some off to Redd Kross bassist Steven Shane McDonald, who called back ready to enlist in the new band two days later. By that time, Rocket From The Crypt/Hot Snakes drummer Mario Rubalcaba had volunteered his services to Coats to form Off!

After the first rehearsal, Morris says he initially felt disappointed that the sound wasn’t aggressive enough. But then as he considered the quality of musicianship at that first session, his initial reservations went away.

Off! immediately stepped on the gas pedal, taking full advantage of the limited time the band has together. Rubalcava is still in other bands, while McDonald and Coats are both fathers, as well as working musicians.

“Our time together is extremely limited,” Morris says. “We’re extremely busy in the time we have together.”

Since forming in 2009, the band has released an album-length compilation of their first four EP releases and a self-titled 2012 album. Raymond Pettibon, who designed the iconic Black Flag logo, also contributed cover art for the Off! releases. Both clock in at under 20 minutes and both have been well-received.

“All  of a sudden we had people calling us a supergroup. I don’t want to hear that crap,” Morris says.