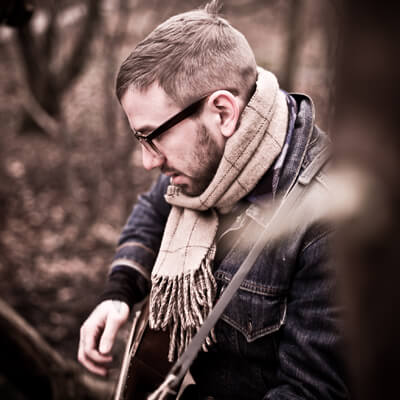 The growing success of City & Colour became impossible to ignore for Dallas Green.

So did the trickiness of balancing the acoustic indie folk solo act with his status as a member of Canadian post-hardcore band Alexisonfire.

Green had spent a decade with Alexisonfire, but as City & Colour took off on its own rapid rise, Green musical life started to become too much to handle. In essence, it was like having two full-time jobs, Green says.

So in 2010, Green left Alexisonfire to focus all of his energy on City & Colour.

“It was probably the hardest thing I ever had to do,” Green says.

Green says he felt like he was trying to appease both sides, while he was enjoying neither.

“City & Colour started becoming something I never imagine it would become,” he says.

The solo project first took root in Green’s native Canada, where the mainstream media picked up on his  2005 debut, Sometimes. In Canada, magazines regularly feature Green and his videos make it to regular music television rotation. The debut also garnered Green a Juno Award for Alternative Album of the Year in the 2007 Canadian music industry’s equivalent to the Grammy Awards.

Green says the attention of media and industry awards really hasn’t come into consideration when it came time to write the next two albums though.

“I don’t really give a shit about awards to be honest,” Green says.

In fact, Green embraces his slightly under-the-radar status in the United States, saying that if he’s not being written about, then there’s less chance that people will stop writing about him.

“City & Colour might not exist without Alexisonfire,” Green says.

“I don’t think there will ever be a time that people won’t know about the other band.”

Green says there will always be a part of himself that misses playing the style of music that Alexisonfire played and he still gets ideas for heavier-sounding songs.

Green’s first step after making City & Colour his only project is his third solo album, 2011’s Little Hell. It’s also the first time Green has worked with an outside producer, Alex Newport. Previous records were basically self-produced, with Green working side-by-side with an engineer.

“I had never thought about using an actual producer before,” Green says.

Green brought Newport up to Catherine North Studios in Hamilton, Ontario. The studio is an open room, with no isolation booths, in a converted church.

Green and Newport worked together, recording everything to tape, as Newport as done during his 20 years of making records. The process flowed well, Green says.

“He seemed to be really in tune with what I was thinking,” Green says.

The record touches on the struggles of various personal relationships and how you have to find your way out of those problem periods, he says.

“Life is all about all those personal little hells you have to go through,” Green says.

Green says he was eager to return to Catherine North, where he also made 2008’s Bring Me Your Love. He had become friendly with the studio owner Dan Achen, who died in 2010. He wanted to record there again to recapture the magic of the previous sessions and as an homage to Achen.

“It made sense to go back there and record again,” Green says.

Green says he’s never taken lessons or anything, but he’s sung since he was young. He says he’s only lost hiss voice momentarily on tour and only a lack of sleep really zaps his vocal power.

He says he’s been drawn to singing the way he does just by the fact that he’s surrounded by a musical world that has pulled away from from natural, unedited singing.

“I like to actually sing, it feels good,” Green says.