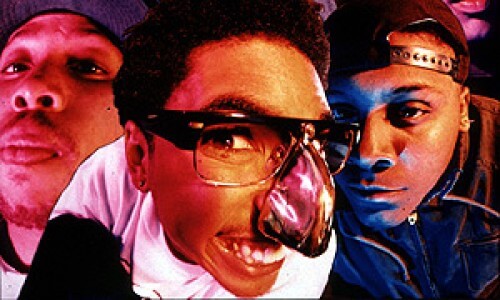 The 1991 Digital Underground single, “The Humpty Dance,” had people getting down all over the dance floor. It was a huge hit and finally solidified Digital Underground’s relevance in hip-hop. However, little do people know, ringleader Shock G actually is a multi-talented artist that produced Tupac’s breakthrough single, “I Get Around” and his first album, 2Pacalypse Now.

Born Gregory E. Jacobs, Shock G, better known by his alter ego, Humpty Hump, never had the typical childhood. He spent most of it moving up and down the East Coast before settling in Tampa, Florida. A drummer in high school, he traded his drum kit in for a set of turntables after relocating to Queens, New York and discovering hip-hop. He eventually moved to Oakland in the mid-80s and it was on from there. Jacobs formed Digital Underground with Chopmaster J and the late Kenneth Waters. In1989, they signed with Tommy Boy Records and released “Doowutchyalike,” which paved the way for their debut album, Sex Packets. At this point, Jacobs was wearing a multitude of hats, he was having trouble keeping it all straight himself.

“It was exciting of course, but more than anything, busy.  We were doing three tours a year and I was wearing so many hats, I barely knew which person was the real me.  As ‘Rackadelic,’ I was the in-house visual artist for the TNT label, drawing all the album covers and designing logos for Digital and Raw Fusion.  I was the storyboard artist for most of the videos and provided the sketch-frames for directors to follow,” Jacobs tells StopBeingFamous.com. “As ‘Piano Man,’ I laced Digital Underground’s various groups with live keys, including Luniz and 2pac.  As “Shock-G” and “Humpty Hump”, ” I did most of the lead rapping for Digital Underground.  As ‘The Computer Woman,’ I did the female voice announcements on Underwater Rhymes, Doowutchyalike, and Sex Packets.  As ‘Staying Busy Productions’ or ‘D-Flow Production Squad,’ I produced Digital Underground albums and singles for Pac, Raw Fusion, Saafir and No Face.  This is probably why we put out albums slower than the other groups we toured with.  When Chuck-D came home from tour, the Bomb Squad had beats for the next album ready to go.  The only thing Chuck and Flav (Flavor Flav) had to do was add their vocals.  But when we came home, I’d have to switch from my fast and crazy, lead-rapper, stage-persona back to my more calm and thoughtful producer-persona, beginning again the pre-production process for the next album.  Whew, I’m getting exhausted again just thinking about those days!”

With those days far behind him, Jacobs has adjusted to a more subdued way of life. He still keeps busy, but it’s not at that frantic pace it used to be. Digital Underground makes a rare appearance at The Embassy Suites in Omaha Monday, December 31. One of the last times they were here was at the now defunct Music Box and they blew the roof off. It’s finally time for round two.

Digital Underground, December 31, at The Embassy Suites, 555 S. 10th St., 8 p.m. Tickets are $35 per person and $60 per couple. Visit www.omahaoldschoolbash.eventbrite.com for more information