It was the very beginning of the pandemic scare.

We had already started wearing masks. It felt uncomfortably close standing next to each other at the Slowdown that Friday night, March 13, 2020.  Virtuosic bassist extraordinaire, Thundercat had brought together people from many walks of life who had decided it was a big enough show to brave it. While no official quarantine had been announced, we could feel it might be the last time we would be there for a while.

The crowd soaked in the performance, almost forgetting our troubles. Then, midshow, Thundercat announced that he had just gotten word the rest of his tour had been officially cancelled. The pandemic had made that his last show. And for some of us, it ended up being ours too.

It was also the last show for the Slowdown. Governor Pete Ricketts ordered Nebraska bars to close just three days later, stepping in to prevent large gatherings in an effort to “flatten the curve” of the pandemic’s spread. The Omaha live music venue was just one of thousands across the country whose lifeblood is ticket and bar sales, which have now been non-operational for over half a year.

All small businesses and venues were struggling, but this subset of independent music venues were hit the hardest. These venues are essentially small businesses, there for the love of live music run by small business owners, without the safety net of non-profit organizations. Some of Omaha’s most prominent include the Slowdown, the Waiting Room and Barley Street Tavern, that music lovers looked to for live local and national music shows nearly every night of the year.

Coming from a legacy of independent music venues, and having spent decades in the music business, I feel their pain. My great grandfather, Paul B. Allen Sr., owned Allen’s Showcase Lounge in the heart of North Omaha, 24th and Lake, for several decades before shutting his doors in 1985. It’s hard enough to run a live music venue as a small business in normal times, let alone when the government is declaring a quarantine shut down. The fear of these doors permanently shutting is very real.

Amidst this chaos, an organization called the National Independent Venue Association (NIVA) has emerged, which counts the Slowdown among its members. NIVA has done something previously unheard of in the industry — they’ve asked for a government bailout. Their website reads, “NIVA members are small, independent businesses, which normally contribute billions of dollars to local economies, but are on the precipice of mass collapse if this critical funding doesn’t come through.” 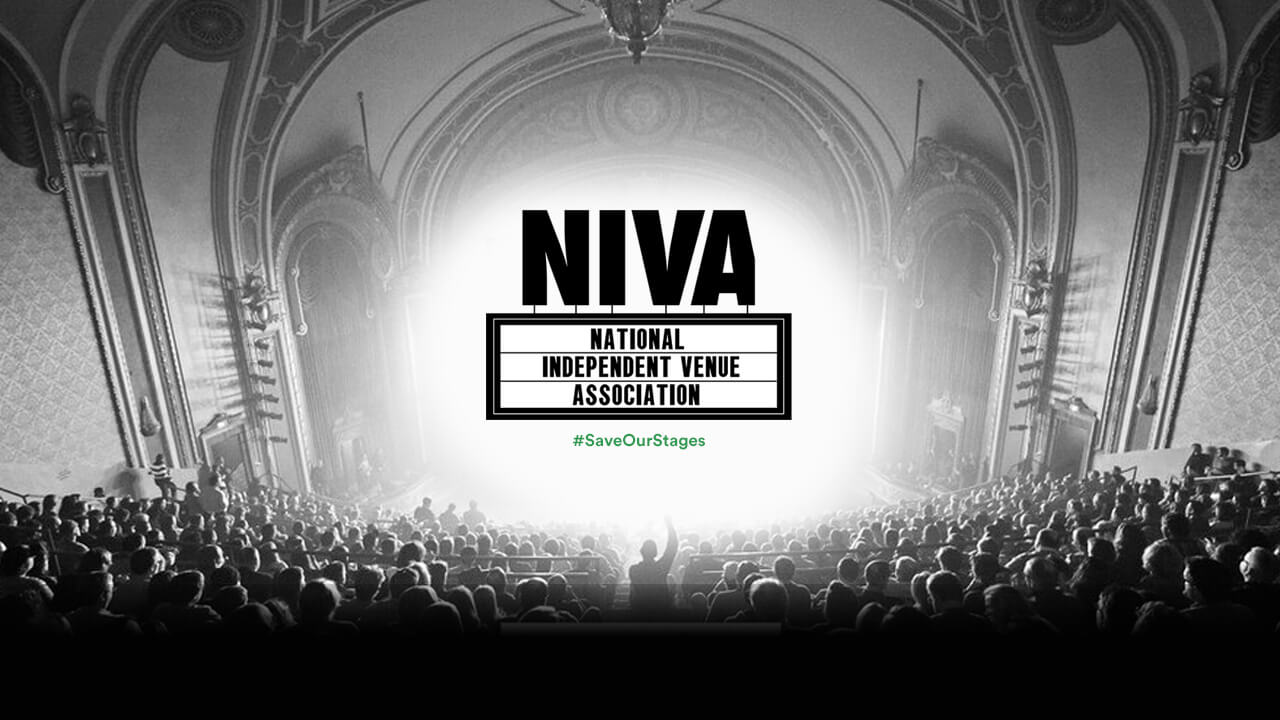 NIVA, with its 2,900 independent venue members, was formed to lobby on three initiatives; the RESTART Act (S. 3814), the Save Our Stages Act (S. 4258), and the ENCORES Act (S. 4344). They realized that independent performance venues were suffering more catastrophically than other public oriented businesses. Many restaurants were able to utilize delivery, and eventually accommodate customers at partial capacity, while live music venues have been 100% shut down, with zero revenue.

The RESTART Act is a loan program that would fund payroll, benefits, operating and other necessary business expenses to “hardest hit” businesses. The bill would also extend the Paycheck Protection Program (PPP) from 8 weeks to 16 weeks.

The SAVE OUR STAGES Act is a $10 billion dollar grant program that could be used for everything from payroll to insurance to Personal Protective Equipment (PPE) for employees. The Entertainment New Credit Opportunity for Relief & Economic Sustainability Act (ENCORES Act) would provide rent tax credit, employee retention tax credit and safe workplace incentives to make it easier for venues to keep their doors open.

Just like any legislation these bills are led by senators and must be presented to the Senate and to the House for a vote. NIVA has been keeping track of the progress and forging onward, continuing to raise funds and spread the word.

Those in the industry have been on “#Red Alert,” a hashtag to display on social media that represented the Save Our Stages movement. The call went out to music lovers to donate to Save Our Stages, to contact Congress, to buy merch and to subscribe to the NIVA Youtube channel. A three-day virtual music festival from Oct. 16 – 18 was viewed by hundreds of thousands of people, featuring major artists including Miley Cyrus, Foo Fighters, Dave Mathews, The Roots, and many more. Just about everyone in the industry spoke up to ask every concertgoer to fill out a form that would generate a letter to send to Congress, and to donate to keep these venues alive.

According to NIVA, 90% of venues will have to close their doors for good by the end of 2020 if something was not done. Even the legendary rap trio the Beastie Boys have gotten in the game. After years of refusing to license any of their songs for advertising, they allowed the song “Sabotage” to accompany a Joe Biden campaign spot that focused on how COVID-19 shutdowns have devastated the music business.

The question is whether politicians have treated the movement of these bills with the same level of importance the industry has. Dan Brennan, resident sound engineer at the Slowdown, reminded me that the Congress left for its fall recess without a decision on any of the bills. When they returned, replacing RGB’s seat took precedence.

Fresh out of the hospital being treated for COVID-19 himself, Donald Trump said in October that there would be no more relief until after the election. “He keeps flip-flopping too,” said Brennan.  “If you watch the news, he keeps going back and forth on whether or not he is going to pass any sort of relief bill. It’s so stressful… because every week we just hold on to this hope that something is going to happen and nothing ever does.”

Brennan said that Nebraska has one unexpected ally. “Yeah, you are probably going to be surprised by this but [Congressman] Don Bacon is showing support for relief for music venues and theaters.”

Bacon confirmed that he was in support of the RESTART Act, the SAVE OUR STAGE Act, and said that he has only recently started looking into the ENCORES Act. Most of Nebraska’s economy is back on track, he said, but the small percentage that includes independent music venues is not.

“I want to have live venues in January or February or whenever we can open back up,” said Bacon. “I want to go to Hamilton again, right? At the theaters, right?” He says that two of the bills are currently in the Small Business Committee and if a compromise can be reached between Speaker Nancy Pelosi, Majority Leader Mitch McConnell and the President, the bills would most likely be added into that compromise.

According to Bacon, the deal could have already been done had Pelosi accepted the $500 million standalone relief bill proposed by the White House (Democrats asked for $2.2 trillion in comprehensive coronavirus aid).

“Democrats and Republicans already agree on this stuff,” Bacon said. “If I had my way, I would put this bill right on the floor and vote for it. But the Speaker doesn’t want to do that because she thinks she loses leverage….” So relief for these hard-working business owners and industry workers is being delayed because of a disagreement on how much to spend bailing out these industries.

There is a consensus out in the music industry that there will not be a bailout or relief of any kind at least until after the election, thanks to the administration’s pushback on providing any more aid. Without relief and soon, Brennan doesn’t see how the Slowdown can survive through the winter. Benson’s Barley Street Tavern has already suffered the fate of having to close their doors for good.

The conversations we had after the Thundercat show back in March were inspired. We were lifted by the experience and it was plain that being around the energy of the people at a live music venue, witnessing greatness together, is a necessity. And now, seven months into quarantine, it’s all we can think about. The day the pandemic passes, the first thing we are going to want to do is to celebrate. We now know how much we need venues with vibe, live local and national acts performing music, being surrounded by people, lights, sound, libations, and celebration.

We are still working to save these venues, and when it’s time, get back to taking it to the stage.

At saveourstages.com, it is clearly laid out how we can support. Nebraska is not immune. Below is a list of Nebraska NIVA members asking for our help.

Down Under Lounge – Omaha

About the author: Paul B. Allen IV’s family have been active participants in Omaha’s arts and music scene for decades. He is a musician, writer, artist, producer, audio engineer and program manager for Mind & Soul Radio 101.3 FM.