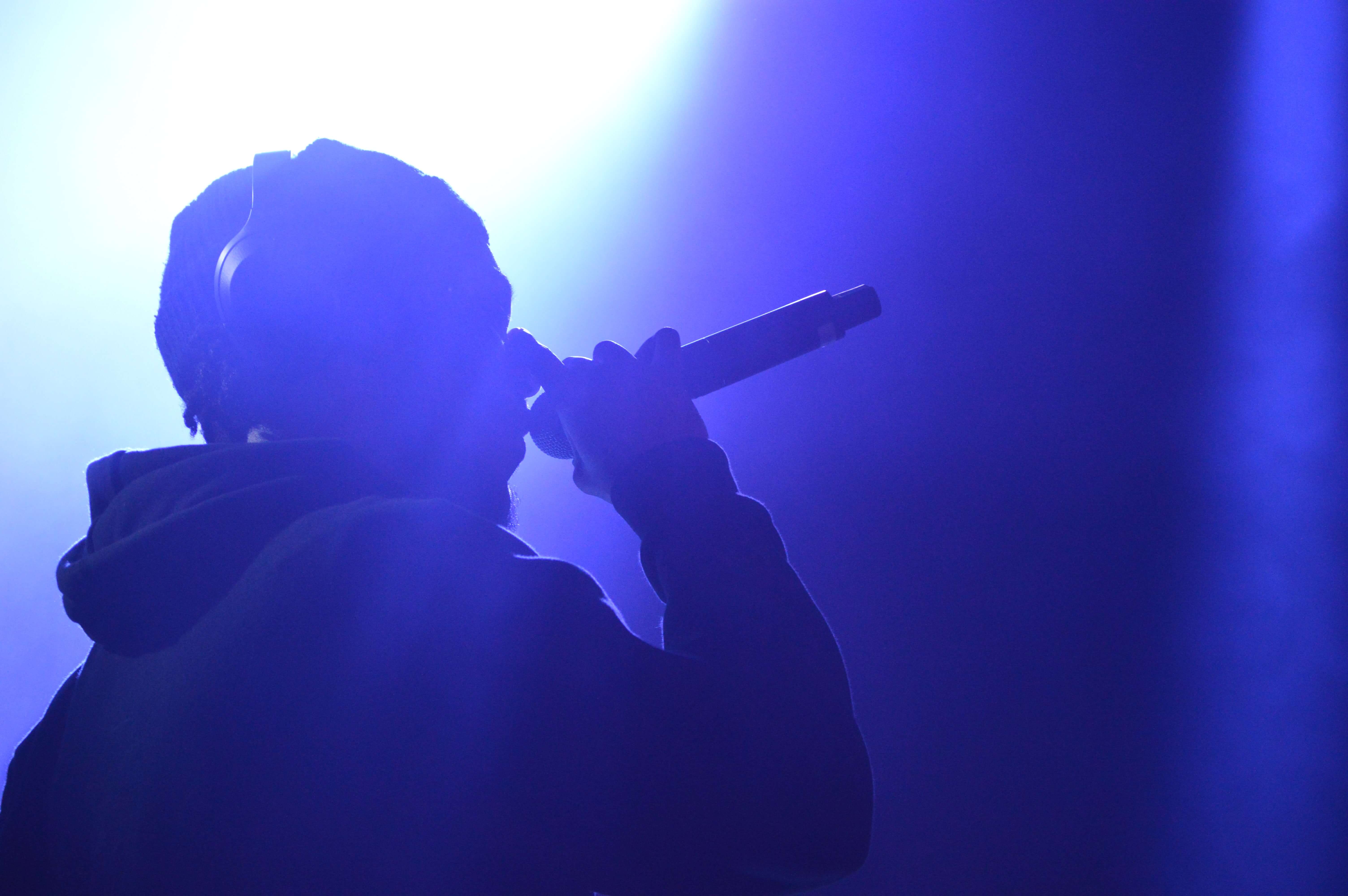 Performing live is not easy. I say this not as some sort of great revelation, but because I think this fact can occasionally go overlooked.

Rapping is a particularly difficult thing to do well live. While the genre contains some of my favorite albums ever recorded the same cannot be said about the live shows, even by the artists that made those same records.

The shows have been marred by bad sound, lack of energy, and, most notably, an artist relying too heavily on a backing track. Call me old-fashioned but I still appreciate it when someone performs his or her own songs instead of accompanying them karaoke style.

Performing without a backing track takes a special talent though. An artist has to have incredible breath control and timing because if they mess up there’s no place to hide.

Saba (whose real name is Tahj Malik Chandler) was not looking for a place to hide during his Monday night show at the Waiting Room — he wanted to be front and center. The 23-year-old Chicago rapper brought boundless energy and exuberance and made a crowd of roughly 75 people feel like a packed house.

His set featured a nice mix of tracks from both Bucket List Project and his masterful new album CARE FOR ME. While tracks from the former record were definite crowd pleasers (“Stoney” and “World in My Hands” made the audience go absolutely nuts), it was the quiet, more introspective cuts from the latter where the Chandler was truly able to shine.

The woozy keys of “FIGHTER” and jazzy guitar chords “BROKEN GIRLS” acted as the perfect backdrops for the songs’ intensely personal stories.

On “CALLIGRAPHY” Chandler raps “My best friend obituary really hang on my wall, by the dresser / I’m tryna see it, a life lesson.” It’s a jarring statement to hear, especially in a live setting, it is not, however, a wholly depressing one. Saba’s music has an incredible aura of positivity that radiates out of every song, even when the lyrics touch on the most sensitive topics in Chandler’s life.

This positivity was not lost on the audience. Throughout the show, Chandler asked the crowd for their energy and they were more than happy to accommodate by going batshit insane before and after just about every song.

To end the show, Chandler returned shirtless for a single song, “Westside Bound 3.” It’s a song that focuses on “the part of the city they don’t talk about” (the west side of Chicago) and how it can be a testing place to live due to the violence, drugs, and police brutality that exist there. While this sort of subject matter could easily be taken to a dark place, it never felt like anything less than a euphoric middle finger.

The song brought back opener, and Saba’s older brother, Joseph Chilliams (who I should note opened with a delightful set of songs about Mean Girls, Fergie and eating ass) to rap his part. It was a great way to end, just two brothers, taking on the world together. They weren’t hiding from anyone.