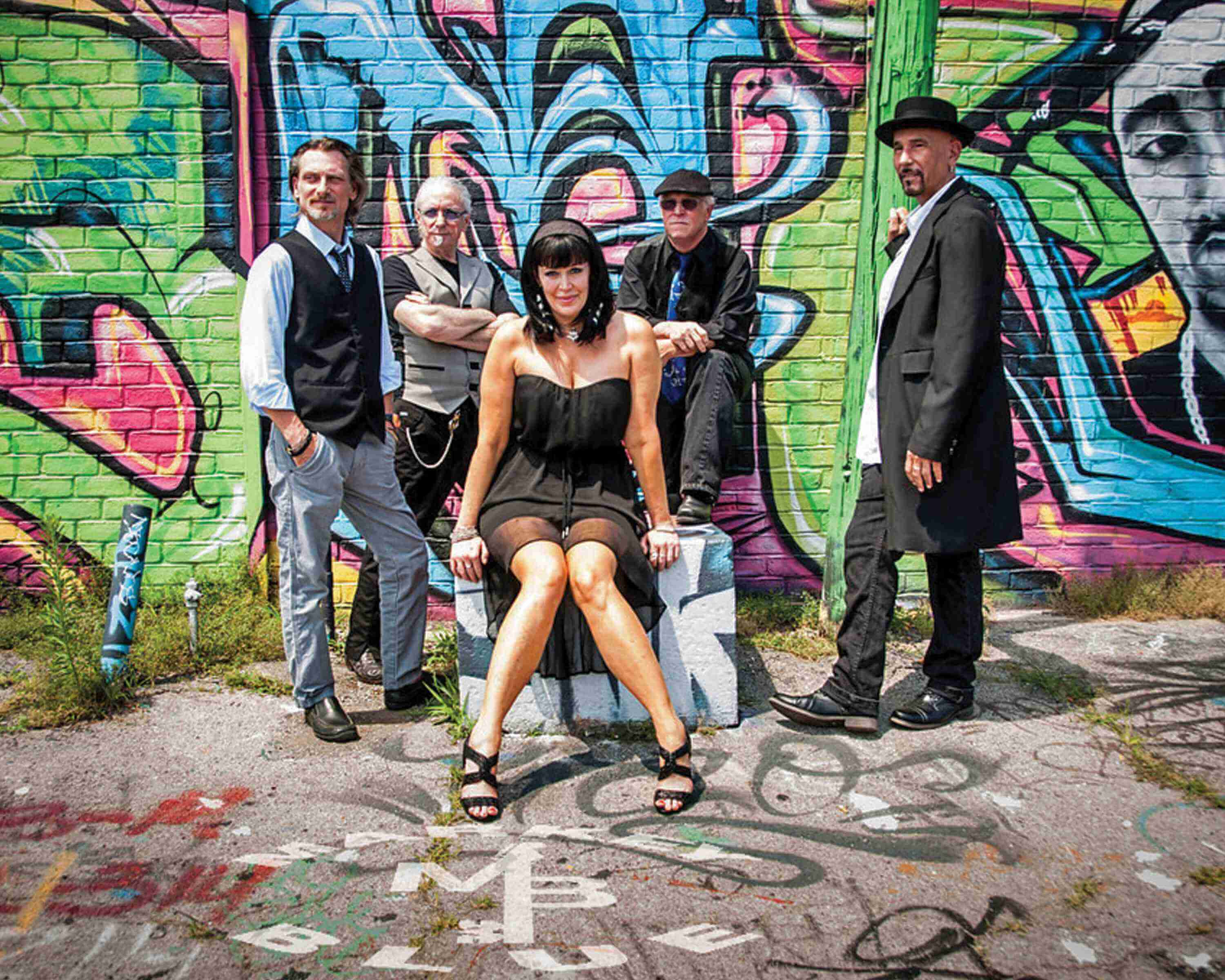 This week marks the beginning of three Playing With Fire concerts happening as part of Midtown Crossing’s Thursday free music series. Thursday, June 18, the amazing Campbell Brothers hit the stage. These players are among the originators of the gospel-steel guitar style that has crossed into the mainstream with the popularity of Robert Randolph & The Family Band. The African-American House of God Pentecostal sacred steel traditions of the south are full of fire and The Campbell brothers bring it in full, joyous force on pedal-steel and lap-steel guitars. NPR says “The family band’s music melds the shuffle and thump of blues with gospel tradition, with elastic notes played on the brothers’ steel guitars echoing the sound of the human voice.” You can hear a full set from the band’s 2009 appearance at the Newport Folk Festival at npr.org/artists/14967076/the-campbell-brothers. Learn more about the band at campbellbrothers.com.

The Playing With Fire free concert series happens in the green space on the east end of Midtown Crossing (bounded by Farnam, Harney and Turner Park Blvd.). Parking in the garage is free during concerts. The lawn opens for seating at 5 p.m. and music begins at 5:30 p.m. For all the details on the three consecutive Thursdays of Playing With Fire shows see playingwithfireomaha.net or this month’s print and digital column at thereader.com/story/summer_music_sizzles.

Also on the bill are Markey Blue and BluesEd band Voodoo Vinyl. Nashville native Jeannette Markey, known as Markey Blue, is getting rave reviews for her sassy vocals and her band’s mix of soul, R&B and blues. The UK’s Blues & Rhythm Magazine writes that Markey Blue and her band deliver “huge talent both as a vocalist and a songwriter plus a horn-fueled band steeped in the Stax and Memphis traditions.” They are Delta Groove Recording artists. Check out their reviews and hear tracks at markeyblue.com.

June 23 marks two big shows in Lincoln. Dale Watson & His Lone Stars play the Zoo Bar 6-9 p.m. Watson is an Austin-based honky-tonk hero who is known for his great songs and sizzling country guitar work. Watson follows in the wake of outlaw country heroes and has been inducted into the Austin Music Hall of Fame. Lloyd McCarter and The Bottle Tops open.

Over at The Bourbon Theatre, Lincoln’s own highly celebrated band Josh Hoyer & The Shadowboxers take a break from their heavy touring schedule to perform for the hometown crowd. Josh and the band and Lucas Kellison both have opening sets for the legendary George Clinton & Parliament Funkadelic. Doors at 7 p.m. show begins at 8 p.m. Tickets are $32 in advance, $35 day of show and $49.50 for reserved seating options. See bourbontheatre.com.

The Zoo has a bunch of great shows coming up including soul-blues vocalist Raquel Rodriguez Wednesday, June 17, 6-9 p.m. Rodriguez is a talent on the rise whose music has been featured on the TV show Sons of Anarchy.

Boston’s Erin Harpe & The Delta Swingers are up for a show Monday, June 22, 7-10 p.m. I caught this band in competition at the International Blues Challenge and really enjoyed them. Sing Out! magazine raves “Erin Harpe is a hot mama blues singer!” Downbeat magazine says “Avoiding the perils of predictability, these four New Englanders craft a fresh, genre-crossing group sound.” Erin was recognized along with Bonnie Raitt, Susan Tedeschi, Shemekia Copeland, Rory Block and Ana Popovic in The Alternate Root Magazine‘s “30 Women Burning Up the Blues.” See erinharpe.com.

I want to make sure that folks know that this weekend marks fine Lincoln guitarist Harvey Brindell’s last gigs in the area. He’s retiring and moving to Portland, Ore. He will play his final shows with The Fabulous Geezer Brothers this Saturday, June 20, 9 p.m. to midnight at The Harney Street Tavern. The band closes things out with a gig Sunday, June 21, 5-9 p.m at Waterloo’s Dog House Saloon, 307 3rd Street. You’ve also seen Brindell for years as the guitarist for the Honeyboy Turner Band. See facebook.com/geezerbrothers.