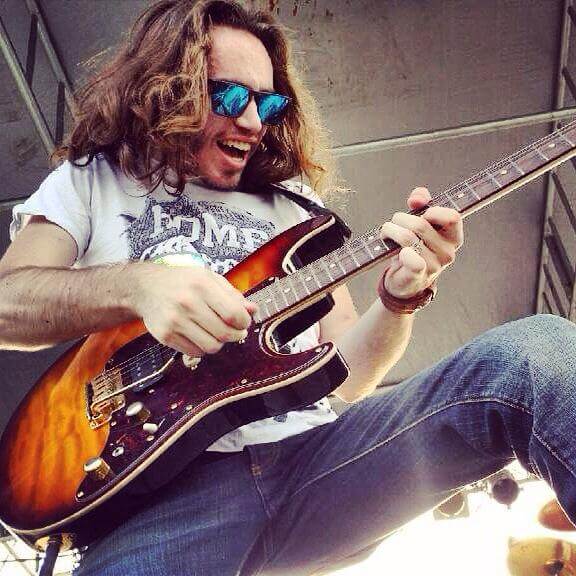 Playing With Fire concert promoter Jeff Davis has announced three dates for 2015 in conjunction with sponsor-hosts Midtown Crossing. The Playing With Fire concerts are part of the summer long Thursdays in the Park series that also includes the long-standing Jazz on the Green concerts later in the summer. Concerts are held in the Turner Park green space at Midtown Crossing, bounded by Dodge, Farnam, South 31st Street and Turner Park Blvd. See midtowncrossing.com for details on park dos and don’ts and also fr information on a number of other free events offered this summer.

Playing With Fire (PWF) concerts are scheduled for Thursdays in late June and early July. The park opens for seating at 5 p.m. and music begins at 5:30 p.m. Admission is free and free parking is available in the Midtown Crossing parking garage.

Here’s the lineup information for the twelfth annual PWF season. Thursday, June 18, PWF hosts the legendary gospel steel guitar music of The Campbell Brothers, who were huge influences on Robert Randolph. Also performing June 18 are Markey Blues and Blues Society of Omaha BluesEd youth band Voodoo Vinyl. Thursday, June 25, Davis presents a number of his Canadian blues discoveries including guitarist Paul Deslauriers who is one of a handful of artists Davis has brought to Omaha more than once. The program for June 25 is an evening with the Paul Deslauriers Band with very special guests Anwar Khurshid, amazing vocalist Angel Forrest and Denis Coloumbe, plus BluesEd’s Dilemma. Then, Thursday, July 2, blues-rock guitarist Albert Cummings plugs in for a long-overdue return to Omaha. Also performing are The Boogie Boys Band and BluesEd group Us & Them. Check out all the details at playingwithfireomaha.net.

The Blues Society of Omaha (BSO) host a general membership meeting Sunday, April 12, 3 p.m. at The 21st Saloon. The BSO is a 501c3 organization committed to preserving and promoting the blues genre. This is a great chance for members to find out how to get more involved. Volunteers and team leaders are needed in a variety of capacities. It’s also a great way for prospective members to get more information on the organization. Volunteers are particularly needed to lead and support the Nebraska Blues Challenge if the event is going to go forward for a fifth year. The BSO’s Nebraska Blues Challenge events have selected and assisted with financial support , offering selected Nebraska bands the opportunity to go to Memphis and perform in the prestigious International Blues Challenge (IBC). This year’s group, Hector Anchondo Band, advanced to the semi-finals, gaining may new listeners, great contacts and a booking agent for regional-national gigs out of the weekend’s events. The Nebraska Blues Challenge team leader and volunteers do have to put in some time to coordinate the events and all the details, but the pay-off for bands attending the IBCs is immense. Previous Nebraska Blues Challenge winners are Josh Hoyer & The Shadowboxers, Levi William Band and Lil’ Slim Blues Band.

The BSO also has a new anniversary double-CD compilation available, Deeper Blue, that features 28 tracks from local and regional artists. The disc can be purchased at The 21st Saloon from the BSO merchandise case. Proceeds go to further the BSO’s mission. For details on the BSO and upcoming blues events see facebook.com/BluesSocietyOfOmaha.

Full disclosure: I am a longtime member of and adviser to the Blues Society of Omaha.

Studio 906, 16th & Cuming, hosts a benefit for Tess and Dick Warsocki this Sunday, April 12, 4-8 p.m. Tess has been battling a brain tumor and the family’s medical bills are mounting. Friends have organized this event to help them during this difficult time. Performing are local roots favorites including Lash LaRue & The Hired Guns, The Prairie Gators, Lisa & Devon Fulton, Travis Hagge, Steve Monson and Josh Dunwoody. There will also be a silent auction. The event is BYOB. Hot rods are encouraged and children are welcome. Check out the Tess Fest Benefit for Tess Warsocki event on Facebook at facebook.com/events/798233370273200.

Get Out – Friday Night Edition

Also Friday night at The Waiting Room, Bill Forness & One More Round presents their tribute to Johnny Cash and June Carter. The show is endorsed by the Cash Family. Matt Cox opens. See jcashtribute.com

Guitarist Eric Steckel has an impressive resume. He’s been performing since the age of 11 and his talents have been recognized by many including blues icon John Mayall. Steckel was featured on Mayall’s 2005 disc, Road Dogs. Check out this up and coming artist at ericsteckel.com. Steckel plays The 21st Saloon Thursday, April 16, 6-9 p.m. The following week, acclaimed harmonica player Brandon Santini is up at The 21st in a double bill with powerful vocalist Gracie Curran and her band.

Superb jazz vocalist and Grammy winner Kurt Elling hits Omaha next Thursday, April 23, for two big shows at The 1200 Club. Elling is touring with his acclaimed tribute to Frank Sinatra. Shows are at 7:30 p.m. and 9:30 p.m. See kurtelling.com and ticketomaha.com/productions/Kurt-Elling.