Home » Music » The Symphony offers it all 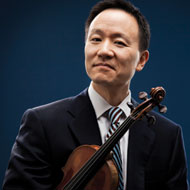 Their music permeates our lives these days, but for many people, that of Henri Dutilleux remains in unjustified shadows. Born more than forty years distant from them, his style has seemed close to theirs, yet personal. “His voice, marked by sensuously handled harmony and color, was his own,” wrote Paul Griffiths in the New York Times. In this instance, the Omaha Symphony and increasingly-admired Hungarian-born conductor Gregory Vajda offer an exploration of Dutilleux’s Métaboles. The composer describes this 1964 piece as having a spirit and form derived from “an intense contemplation of nature.”  http://en.wikipedia.org/wiki/Henri_Dutilleux

A fourth and much celebrated Frenchmen created the concerto in this program. It is Camille Saint-Saëns’ Violin Concerto No. 3, written a few years after Ravel was born. Evidently now considered the best of his such works, it contains drama, a sense of gentle song and a fiery finale. David Kim, concertmaster of the Philadelphia Orchestra, is the soloist.

Also in the concert comes the first symphony from Russian astonisher Dmitri Shostakovich. He created it when he was 20 and had not yet made his indelible mark. “Wry”, “Antic”, “Martial”, “Impressive” are words which program annotator Paul Schiavo uses to describe its elements.

Expect to be stirred.