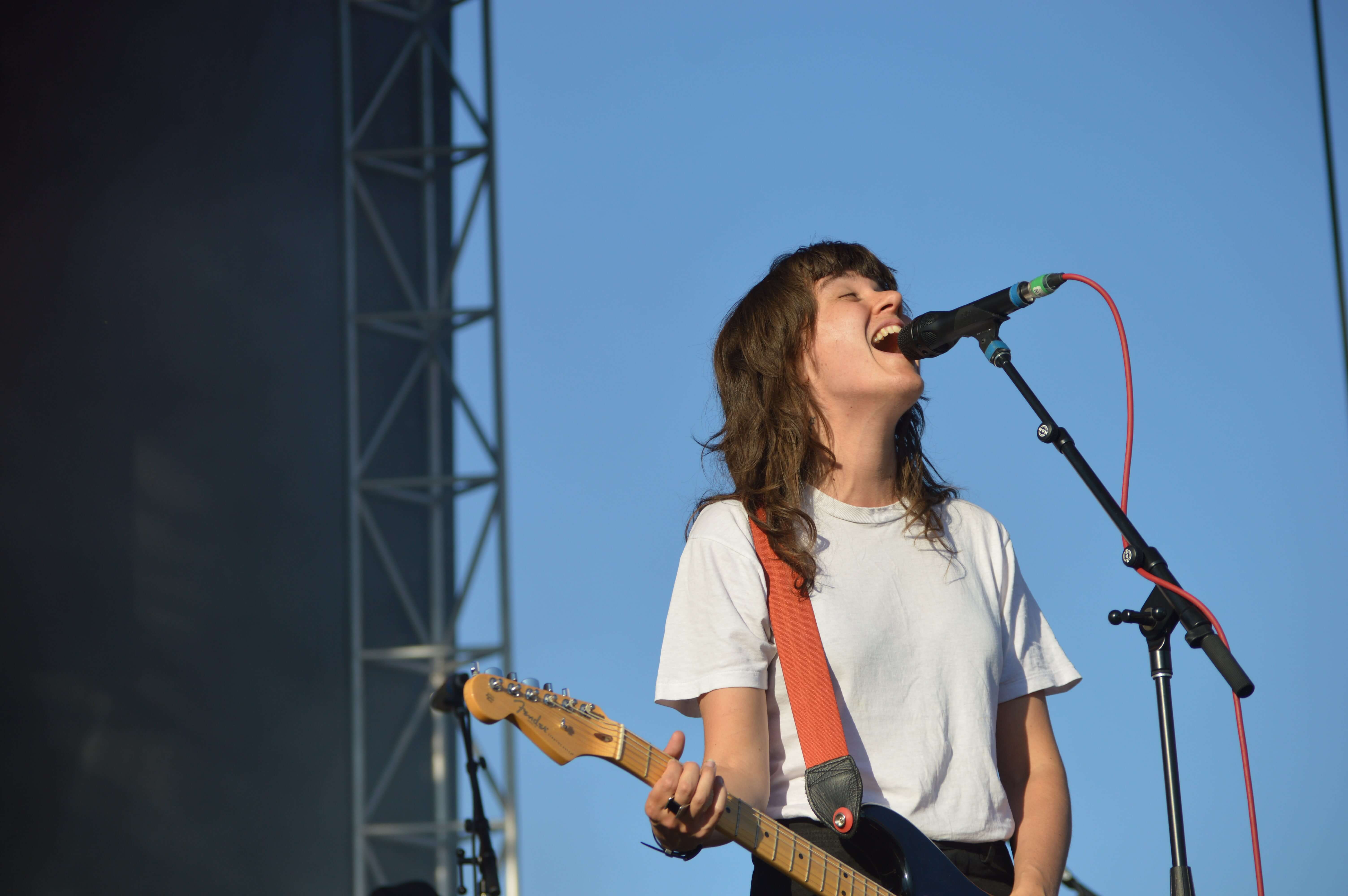 Omaha’s music scene has exploded in recent years. You can check out a small club show on Monday and a national arena tour when the weekend rolls around. We have even got our own music festival at this point. When the summer arrives though, people can get a little restless. Sometimes it is not enough to see a show, you need a change of scenery as well. That feeling hit me hard on Saturday as I decided to drive into Des Moines for the eleventh annual 80/35 festival.

The festival takes place in the heart of downtown Des Moines and offers five stages for festival-goers to check out, most of which are free. Before hitting heading to the main stage, I wanted to take in some of the smaller acts from across Iowa and the Midwest.

I started by seeing Des Moines natives Ramona and the Sometimes play their brand of quirky art-pop on the Nationwide stage. Then, it was off to see Ratboys, a Chicago four-piece that offered up a fun version of bubble-grunge that drew a sizeable crowd to the Kum & Go stage at the festival’s edge. It was particularly fun to watch the Hex Girls, a local, all-male group from Cedar Rapids, as they thrashed around on the Iowa Public Radio stage which was no larger than a dining room table.

The first heavily-anticipated show of the day was Car Seat Headrest. Unfortunately, the Seattle-based, Matador-signed group experienced some technical difficulties and had to delay their set by nearly a half hour. It was during this time that frontman Will Toledo was able to accept an ear of corn from an eager blogger stationed next to me in the photo pit. When the band finally started playing, without monitors mind you, it was a glorious affair. The group rolled through a set heavy on tunes from Twin Fantasy (Face to Face) and Teens of Denial along with a few new tracks. And they sure as hell enjoyed themselves. Toledo, dressed in enough black to make Robert Smith blush, unfurled his gangly limbs to do some of the most awkward dancing I have ever had the pleasure of witnessing. Their guitarists thrashed around the stage, the keyboardist offered up his own version of Toledo’s “dancing,” and their second percussionist jumped into the crowd to lead them in a clap-a-long with his cowbell. It was quite the spectacle.

The same could be said for the absolutely blistering set that followed from Australian singer and guitarist Courtney Barnett. Barnett released her latest record, Tell Me How You Really Feel, in May and the set featured a number of the record’s tunes including the pop gems  “Nameless, Faceless” and “Crippling Self Doubt and a General Lack of Self Confidence”. Though the songs are good on record, there is a visceral thrill to watching Barnett abuse the strings of her Fender Jaguars (and the audience’s ears) live. Each song comes covered in a thick layer of distortion that just is not present on her records and it fucking rocks.

The audience members for the Kesha show were markedly different than the afternoon’s indie crowd. There was more glitter, more rhinestones, fishnets, and stockings ripped all up the sides. It was all a bit over-the-top. The stage setup and production followed suit. It consisted of a large spaceship reminiscent of the one George Clinton would ride in during the Parliament-Funkadelic concerts of the ’70s that the singer would descend from at the start of the show and disappear into for quick costume changes.

Anyone was expecting a calmer, more demure Kesha after her recent stint in rehab and court case against her former producer Dr. Luke was in for a surprise. She kicked off her set with “Woman” which included a pantomime where she flipped the bird while humping the air. Like I said, it was over-the-top.

The singer’s stage banter was also littered with f-bombs. In fact, a mother in front of me had to drag her son out of the show while saying “I’m sorry, I just did not expect anywhere near this much profanity. It’s unsettling.”

The rest of the singer’s set revolved around material from last year’s Rainbow, along with old favorites such as “We R Who We R” and “Tik Tok”. She also treated the crowd to a cover of Dolly Parton’s “Jolene”.

During “We R Who We R”, the singer mentioned how the song was about inclusivity and “basic human rights”. While I think that second statement may be a bit of stretch, the first part certainly rang true for the festival. It had everything from indie bands to one of the biggest names in pop music and that diversity was reflected in the crowd. While I might still be partial to Maha, mainly because it’s in Nebraska and not Iowa, 80/35 certainly gives it a run for its money and shows what a midwestern music festival can and should be.