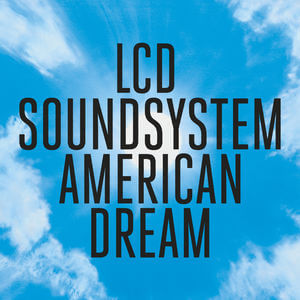 It’s hard to talk about LCD Soundsystem without talking about nostalgia. Almost every review of the group’s albums notes their affinity for Eno, Talking Heads, Berlin trilogy Bowie, or any other record released between 1976 and 1982. Frontman James Murphy’s lyrics constantly draw attention to the fact that his youth, and the friendships and lifestyle he held during that time, has all but evaporated. He’s the old man in a young man’s game, and he has been for over a decade now. LCD Soundsystem, and Murphy, in particular, draw heavily on this nostalgic, slightly cynical worldview. It’s the reason their first three albums are incredible. It’s also the reason American Dream is a bit of a letdown.

There’s comfort in the familiar and no one understands this better than Murphy. For fans of the band’s past work, American Dream provides plenty of sonic nods. The gurgling synth lead on “other voices” harkens back to “North American Scum,” and “call the police” sounds like a companion piece to “All My Friends.” I’m not immune to giving into nostalgia and I found myself cracking a smile the first time I heard both of them. After a few listens, though, the novelty had worn off and left me longing to listen to the songs those songs were referencing. There’s nothing wrong with drawing inspiration from the past if you’re able to expand and improve upon those previous works. Sadly, American Dream struggles with this concept.

Pacing is another problem hampering the record. Murphy has never been one to shy away from long tracks, and American Dream is no exception. In fact, it’s LCD’s longest album to date. While it clocks in only three minutes longer than the previous record holder, 2010’s This is Happening, it feels substantially longer by comparison. The songs here all meander along at achingly slow tempos (my reaction to seeing the 12-minute run time of “blank screen” caused me to audibly say “you’ve gotta be fucking kidding me”). What American Dream lacks is the injection of energy tracks like “Drunk Girls” and “Watch The Tapes” provided on previous records.

I know this all sounds harsh, but I can assure you that this really isn’t a bad record. Though heavy on self-reference, the sound of American Dream is still too immaculate to malign. The thunderous pulse of “how do you sleep?” and the slow burn of “american dream” sound absolutely towering on a good set of headphones or bass-heavy speakers. The same could be said for opener “oh baby.” The controlled squall “change yr mind” sounds like the best song The Rapture never wrote. There’s even a charm in the simple repetition of “tonite.”

I’m sure there are plenty of fans out there that absolutely love this record already. The critics have already taken a liking to it too. A decade on from the band’s landmark album Sound of Silver, they probably see a lot of Murphy in themselves. The record resonates with them. They’re older, tired, and skeptical of what the majority of today’s artists and bands are turning out.

I’m not delusional; my opinion’s not going to change the minds of any of those critics. It probably won’t affect the opinions of those reading this review. In fact, I envy those of you that can listen to American Dream and derive the same pleasure you get from listening to the band’s past work. I just can’t do it. Like Murphy, I’m longing for the days of old.