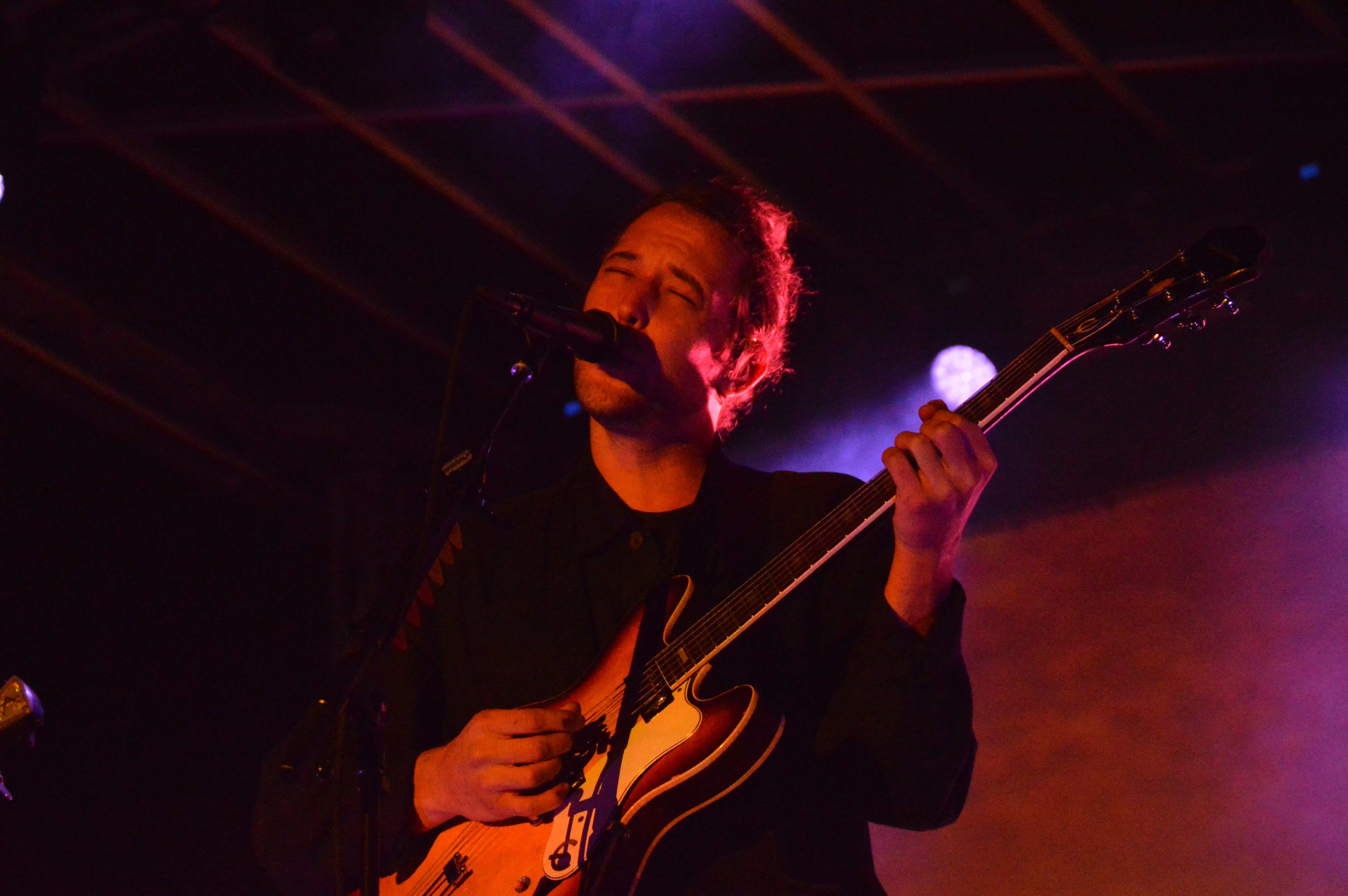 Military Avenue was full Friday night as the Waiting Room kicked off its outdoor concert series with Fleet Foxes.

After Nova Scotia band Nap Eyes opened the show with their brand of gentle indie rock (something akin to late-career Pavement), there was a palpable sense of excitement for the baroque pop powerhouse from Seattle.

The show opened with the same three-song run that begins the band’s most recent album, Crack-Up, and was followed by a foot-stomping rendition of fan-favorite “Grown Ocean.”

This early run of songs gave fans a taste of what to expect for the rest of the show; dense, intricate instrumental tracks trading punches with the group’s poppier material. The gentle finger-picking of “The Cascades” was placed next to the spacey, detuned guitar and knotted horns of “Mearcstapa,” and the rich guitar tones of “He Doesn’t Know Why” followed the tempo-shifting “Fool’s Errand.”

In “Third of May / Ōdaigahara,” you could get all the elements at once. The song started with band’s trademark harmonies and powerful acoustic guitar strums before shifting to a sweeping orchestral-sounding middle section and ending with each band member gently noodling away on their respective instruments.

Midway through the set, the crowd was treated to a stunning solo rendition of “Tiger Mountain Peasant Song” from frontman Robin Pecknold. Equipped with just an acoustic guitar, Pecknold let the beauty of his voice sail over the audience.

While the band members are all technically gifted musicians, it was the vocals that were truly the star of the night’s show. Fleet Foxes’ signature has always been their soaring, reverb-tinged harmonies and they were on full display. Despite not having the benefit of playing in a smaller club that would allow the sound to reverberate, the vocals of the entire group sounded immaculate.

The main set ended with “Helplessness Blues,” the title track from the group’s 2011 record of the same name. Bathed in the smoke and gentle yellow light coming from the stage, you could almost feel the crowd picturing orchard Pecknold was singing about one day owning.

Pecknold returned for an encore with just an acoustic guitar to perform “Montezuma” and “Oliver James,” and jokingly mentioned that anyone not looking to get existential should leave.

The rest of the group rejoined Pecknold on stage for a towering version of “Crack-Up” to end the evening. As the last horn notes sounded, Pecknold repeatedly chanted “you, alive?” You could tell by the crowd’s roar that after a nearly two-hour performance that they most certainly were.