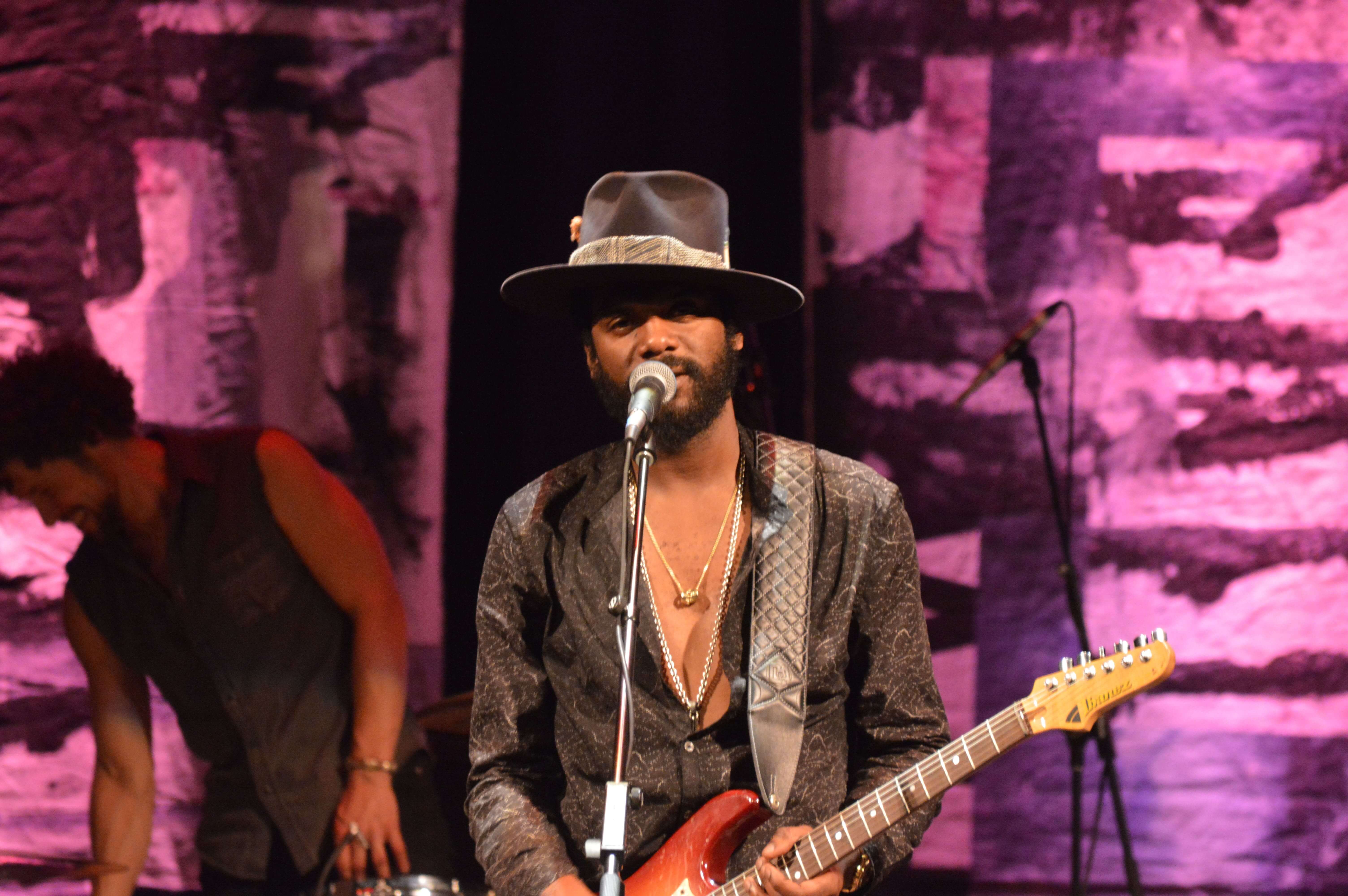 Gary Clark Jr. can do it all. The guitarist and singer from Austin, Texas put all of his skills on display for the rapt crowd at the Orpheum Theater on Wednesday evening.

The show opened with R&B singer and fellow Austin native Tameca Jones. Jones, with the help of members of Clark’s band, rolled through a variety of styles: a touch of soul, a jazzier number, and even the first verse of Ice Cube’s “It Was a Good Day.”

After a short intermission, the lights slowly started to dim and the music began to fade out. Clark walked on stage dressed exactly like what he is – a Southern rock god. His signature wide-brimmed fedora was slung low over his face. The shoulders of his oxblood-colored jacket were trimmed in rhinestones. Even his beard had an immaculate Zeus-like quality to it.

Clark didn’t waste any time and began flexing those guitar god skills as soon as he appeared on stage. A large portion of the set was pulled from his 2012 debut studio album Blak and Blu. Both “Ain’t Messin ‘Round” and especially “When My Train Pulls In” gave Clark ample room to shred for extended periods of time, much to the delight of the audience.

Beyond the extended jam sessions, the most impressive thing about the show was Clark’s range. On “Please Come Home,” he delivers a soft, Motown croon that surprised some folks in the crowd. He also peppered in new songs that showed his expanding musical vocabulary. One track toward the set’s back half seemed to have some reggae undertones while another was almost punk with its simple, crunchy riff.

Between songs, Clark was relatively quiet, only checking in with the audience occasionally. However, after playing a new song which implores the audience to “get on up,” Clark jokingly questioned their commitment.

Clark ended the set with “Bright Lights.” From the first fuzzy, palm-muted strokes the crowd was absolutely thrilled, and everyone got up to sing along and sway. For everything else Clark displayed over the course of the evening, it’s hard to argue that this isn’t when he’s at his peak. The main riff is a simple, bluesy chug that gave Clark and his second guitarist ample room to play off one another. Equally as fun are the lyrics which are completely booze-soaked and full of bravado. Though Clark did return for an encore with Jones, this was definitely the show’s climax.

I think my companion for the evening said it best. “His voice just has it all. He can do the grizzled, old man rasp, the borderline falsetto, and there are times where it just sits in that nice medium range. And, he’s just a fucking great guitarist.”