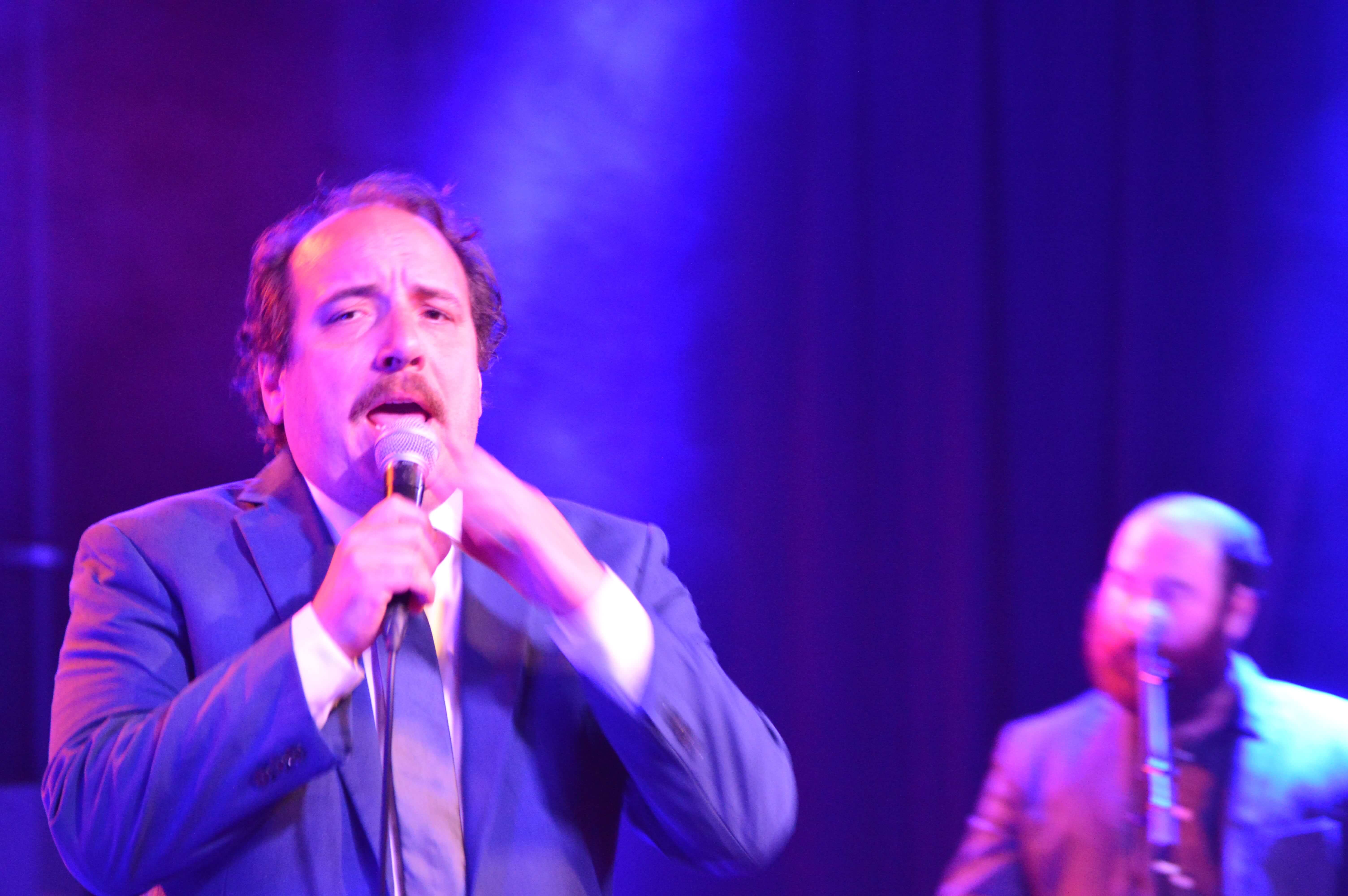 There’s a good chance you have not heard of Har Mar Superstar. Your favorite band probably has though. Minnesota-born singer Sean Tillman spent the early part of the millennium releasing tongue-in-cheek hip-hopish records and opening for a number of heavy hitters including The Strokes, Yeah Yeah Yeahs, and Red Hot Chili Peppers.

Despite that description and the list of indie rock royalty, the influence of early soul and Motown has always loomed large on Tillman’s records, particularly his releases this decade. For this tour, Tillman decided to pay homage to one of his idols from that era — Sam Cooke.

You could tell it was a different vibe for Tillman from the onset. As someone known for performing in everything from embroidered choir robes to just his tighty whities, Tillman’s navy suit seemed tame by comparison. The performance was anything but.

The singer has stated before that most of Cooke’s songs fall within his vocal range which made for a natural transition to the material. That was apparent as every song was performed with the graceful ease.

Tillman and his wonderful band rolled through about a dozen Cooke classics during the first part of the set. He opened with a glorious rendition of “Get Yourself Another Fool” that was filled with equal parts heartache and spite.

After that Tillman said “we’re gonna keep it rolling,” and keep it rolling they did. There was a heavily bruised version of “Bring It On Home To Me” while “(What A) Wonderful World” and “Cupid” were delivered with a breezy playfulness.

For “Twistin’ the Night Away,” Tillman asked for full audience participation. “Just do your best approximation of what you think the twist is,” he said. “Honestly if everybody doesn’t do it it’s not gonna be any fun.”

Throughout the performance, Tillman was the consummate showman, singing on top of the speakers, shaking his ass, and stripping down to just his t-shirt and trousers (sorry ladies, he kept his clothes on for this one). Towards the tail end of the set, he even broke out a headstand.

After a short break, Tillman returned to play a couple of Har Mar classics including “Lady, You Shot Me,” his song named after the final words Cooke uttered before dying of a fatal gunshot wound. While the show was all about Cooke, the song sounded more like something Otis Redding might have sung in his heyday. It was tortured and upbeat and had an absolutely killer horn section.

As his Cooke covers drew to a close during the latter half of the set, Tillman informed the audience that he would not be playing “A Change Is Gonna Come” because “a white guy singing that song would be pretty disgusting.” That being said, Tillman can rest easy in knowing that every cover from the evening was as soulful and respectful as could be. What a wonderful world indeed.