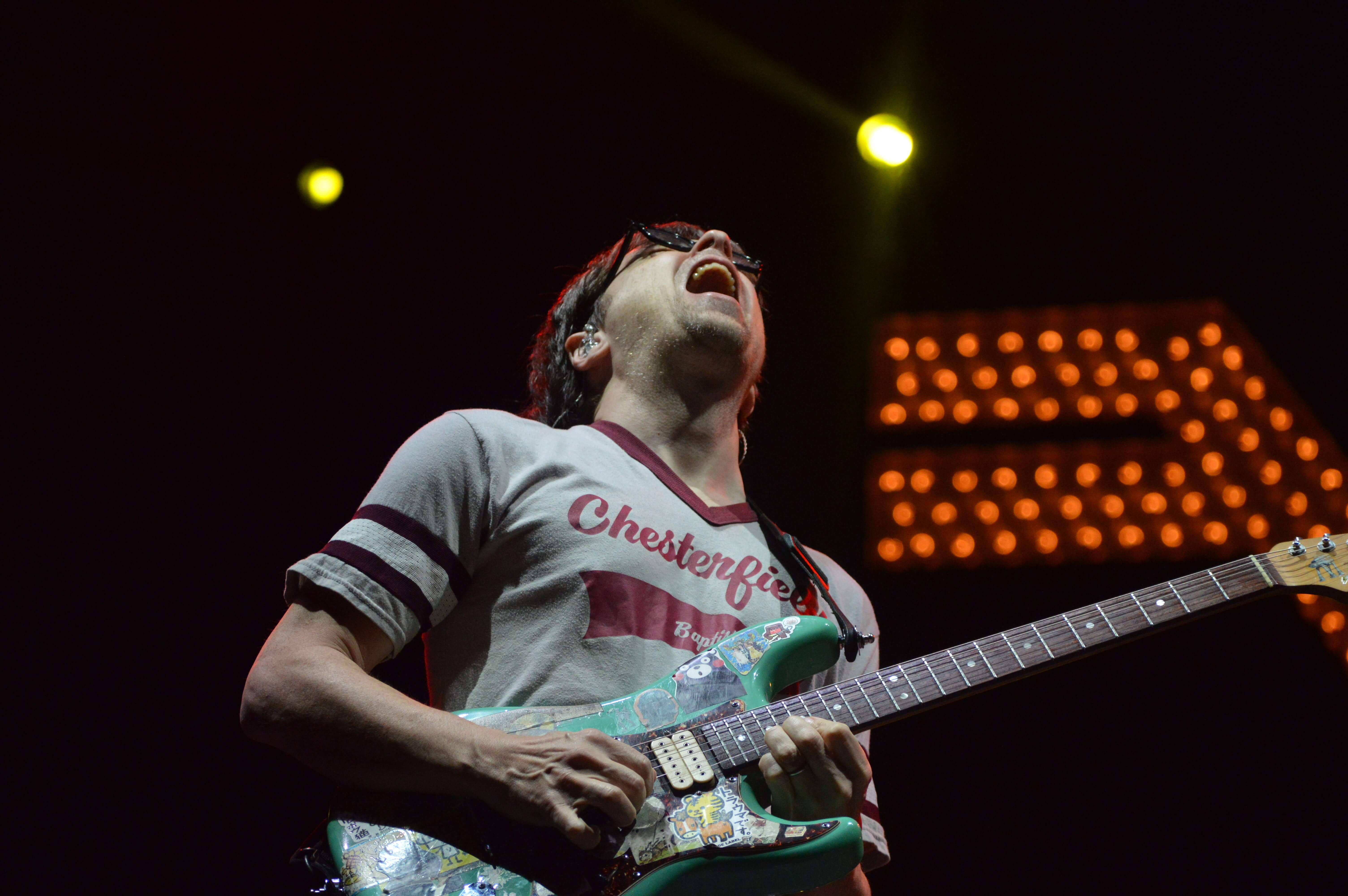 Maha turned 10 this past weekend. Let that sink in for a moment. It was fitting then that the festival, held in Aksarben Village, was situated in the shadow of the Baxter Arena. Sure it’s not the premier music venue in town, but it represents the growth Omaha’s music scene has experienced over the past decade. When Maha first started the Ralston arena had yet to pop up, the Slowdown and Waiting Room were in their infancy stages, and arguably the city’s biggest mid-sized venue was the now-defunct Civic Auditorium.

The festival itself has seen changes over the years. The acts have gotten bigger, an additional stage was added, and this year saw the addition of a second (half) day. It felt like more of a real festival than it ever has and the nationally touring talent on display helped to back that up.

However, Maha has always marketed itself as a festival aimed at staying true to its roots in Omaha music and that was reflected in the earlier acts on both days.

Country rockers Clarence Tilton kicked off Friday with a set on the Decade stage. Though known primarily as a small club band, the Omaha five-piece seemed more than comfortable serenading the audience with the twangy, fuzzy slabs of Americana off of this year’s We Rolled In EP. It rocks much more in person than it does on record and it made for the perfect soundtrack to unwind to with an after-work beer in your hand.

Saturday also offered a good mix. The Dilla Kids, one of Omaha’s premier rap groups, got the crowd going with a bumpin’ set to kick off the afternoon, while David Nance’s raucous performance fell more in line with the indie rock leanings of the festival’s earlier iterations. The next generation of Nebraska musicians was also represented as Omaha Girls Rock brought out a couple of pint-sized bands to perform after Mesonjixx’s soulful set.

This eclectic mix of local performers acted as a solid representation of what Nebraska’s music scene has evolved into. While I think they missed an opportunity to highlight the city’s thriving metal scene — always a hard sell to festivals regardless of the time slot — the organizers should still be applauded for their effort.

Still, local acts can only get you so far. As with almost every music festival, Maha lives and dies by its headliners and in that respect Maha thrived — on Saturday. This isn’t to say that Friday’s lineup was bad by any stretch of the imagination. TV On The Radio, celebrating the tenth anniversary of their 2008 masterwork Dear Science, is a great get. The band were tidy and energetic for the first 45 minutes but seemed short on ideas for the set’s final third and ended up asking the crowd what they wanted to hear.

Friday’s highlight, and possibly the festival’s, was definitely Benjamin Booker. The 29-year-old Virginia Beach native’s electric set converted everyone to a fan with his fierce playing and spastic stage presence.

Again, it was a solid day, but there really wasn’t much of a crowd. To be honest, I really liked the feel of it. It was more relaxed, the acts were all great, and it didn’t have the hectic feel that most festivals suffer from. I would be completely fine if Maha continued in this format for years to come — I’m just not sure that it can. When almost everyone I talked to said “I’ll probably just go on Saturday,” you know the lineup’s balance is a bit eschew.

To be fair, Saturday was fantastic. In addition to the local acts, early evening sets from Ravyn Lenae and Tune-Yards got the crowds swaying. Tune-Yards, in particular, was quite the spectacle. The group, fronted by New England native Merrill Garbus, don’t so much play their songs as they do construct them. Garbus slowly built the tunes loop-by-loop, sample-by-sample before the rest of the band would jump in and add the thunderous percussion and bass that got the sizable crowd jumping.

Fresh off his appearance at Red Rocks, Father John Misty, A.K.A. Josh Tillman, took the stage for his 9 p.m. to rapturous applause. Fleet Foxes, Tillman’s former group, performed in Omaha nearly a year ago and it speaks volumes to Tillman’s talent that the number of fans for his solo project has eclipsed, if not surpassed, that of the Seattle folk outfit.

Tillman rolled through a set full of ornate pop tunes, particularly those from his most recent record God’s Favorite Customer. While he was relatively tame for the set’s first half, by the show’s conclusion he was slinking around the stage and working the crowd while belting out touching renditions of “Pure Comedy” and “I Love You, Honeybear.”

Weezer put a fantastic cap on the weekend. Contrary to popular belief, the band has actually put out some really good music over the past few years. They played almost none of it. Thank god. Instead, they played the fuckin’ the hits. All of the early singles were there: “Undone – The Sweater Song,” “My Name Is Jonas,” and “The Good Life.” They even played the Happy Days theme song before starting the set with “Buddy Holly.” There was plenty of glammy, ’70s guitar wankery (Peter Framtom-style talk box included), confetti, and an enormous “W,” because why the hell not?

They even broke out the hits from a few other artists. Their recent cover of Toto’s smash “Africa” made an appearance as did a mashup of the Turtles’ “Happy Together” and Green Day’s “Longview.” Even more surprising was a solo Rivers Cuomo mini-set featuring “Island In The Sun” and a cover of A-ha’s “Take On Me” that took place on the much smaller Omne Partners stage.

To end, the band played “Say It Ain’t So” and Black Sabbath’s “Paranoid.” Of all the covers, this was by far the highlight. Weezer have always been metalheads at heart and the cover was a nice nod to the forefathers whose songs they were practicing in the garage growing up. It was a proper rock show that felt truly grandiose despite having only about 8,000 folks, about what the Baxter holds. Maha may still be going through some growing pains, but the final product was still fantastic and has me excited to see what’s in store for next year.