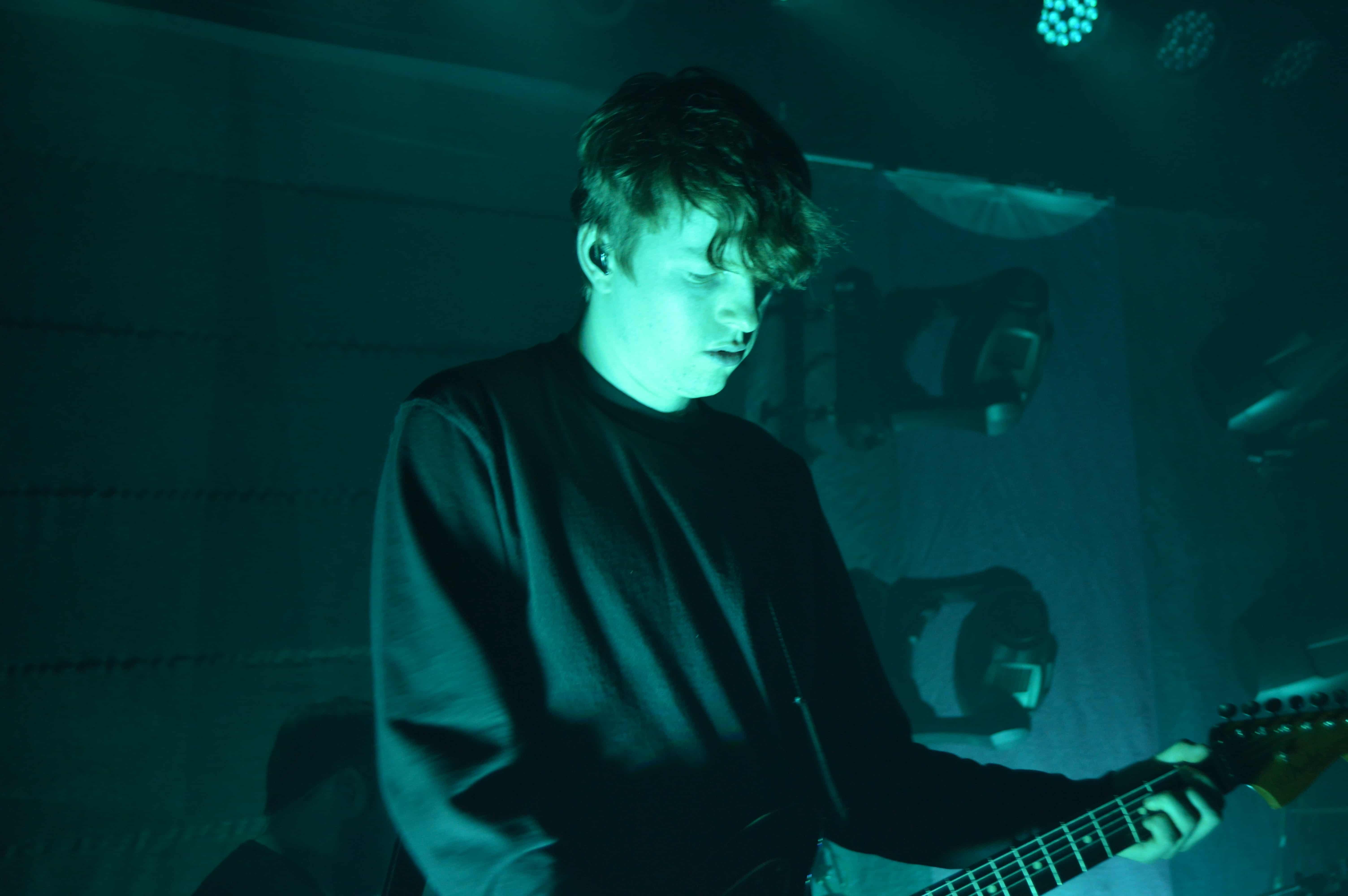 Mogwai offers something for just about everyone. The diversity in the crowd for their Nov. 28 show at the Waiting Room was truly something special.  In the area around me, there was a man wearing a t-shirt with a picture Norwegian black metal band Darkthrone, a girl with Radiohead’s “bear” logo tattooed on her left shoulder, and a high-school kid wearing a Chance the Rapper ‘3’ hat. A strange turnout for a Scottish ambient rock show, right?

It makes a bit more sense when you start breaking down Mogwai’s music. Cuts like “Rano Pano” and “Mogwai Fear Satan” pummeled the audience like it was a cow carcass in Rocky’s meat locker, perfect for the metal fan deep down in all of us. In fact, there were more than a few occasions throughout the show where people were headbanging or moshing.

For the more cerebral music fans (i.e. what a lot of Radiohead fans consider themselves to be), the show had plenty to offer. Take for instance the arpeggiated synths that were programmed in during “Don’t Believe the Fife” or the subtle, spaced out chords that open “Coolverine.” These small but beautiful details offered a nice counterpoint to the washes of noise that the band is known for.

Besides artistic flourishes like those, every song the group played seemed suited to a live setting. It was just a well-paced set, simple as that. It’s a bit of bland comment I know, but something bands don’t get enough credit for when they do it right.

How do they compare to Chance you ask? I’m actually not sure. But just about everybody likes Chance at this point so running into one of his fans is unavoidable.

The lighting for the show was unlike anything that I had seen at the Waiting Room before. Lights were projected onto a tin-foil-like material that was shrouded by a thin layer of linen. Like the group’s playing, it was very versatile. In the show’s quieter moments, the setup helped to bathe the band in gentle shades of light blue and purple. During the heavier sections, a searing red would backlight the band for dramatic effect.

Mogwai may not be considered a traditional shoegaze band, but you would never know it by looking at their pedal boards. Each of the group’s members, with the exception of the drummer, of course, had approximately 15 pedals in front of them. Armed with that amount of technology, the band was able to switch between each of the aforementioned playing styles with ease, and, in some cases, during the same song.

Technically speaking, Mogwai’s music is not the most difficult to play. However, being able to control effects the way that they do is no less impressive than watching someone rip through an E pentatonic scale. With the delay and echo used on some songs, I would watch a band member play a note or a chord and wait what seemed like an eon before I heard the accompanying sound drift out of the speakers.

Without lyrics to weigh down the majority of the songs, it’s easier for fans to imprint their own meaning onto these effects-heavy tunes. When the band began to play “I’m Jim Morrison, I’m Dead,” a couple in front of me embraced each other and kissed. It appeared to be ‘their song,” for lack of a better phrase. The girl was even crying by the end of it. Others were rocking out for the majority of the show, even when it was inappropriate (I’m looking at you guy to the right of me on his fifth Lagunitas). But that’s what you want at a show, different types of people passionately coming together around an artist or band they love. It’s a simple concept, but it’s not something that’s present at every show. When it is, it’s magical. Mogwai’s show had it, and it was a joy to behold.