Home » Music » Review: The Black Angels/Lips at the Slowdown 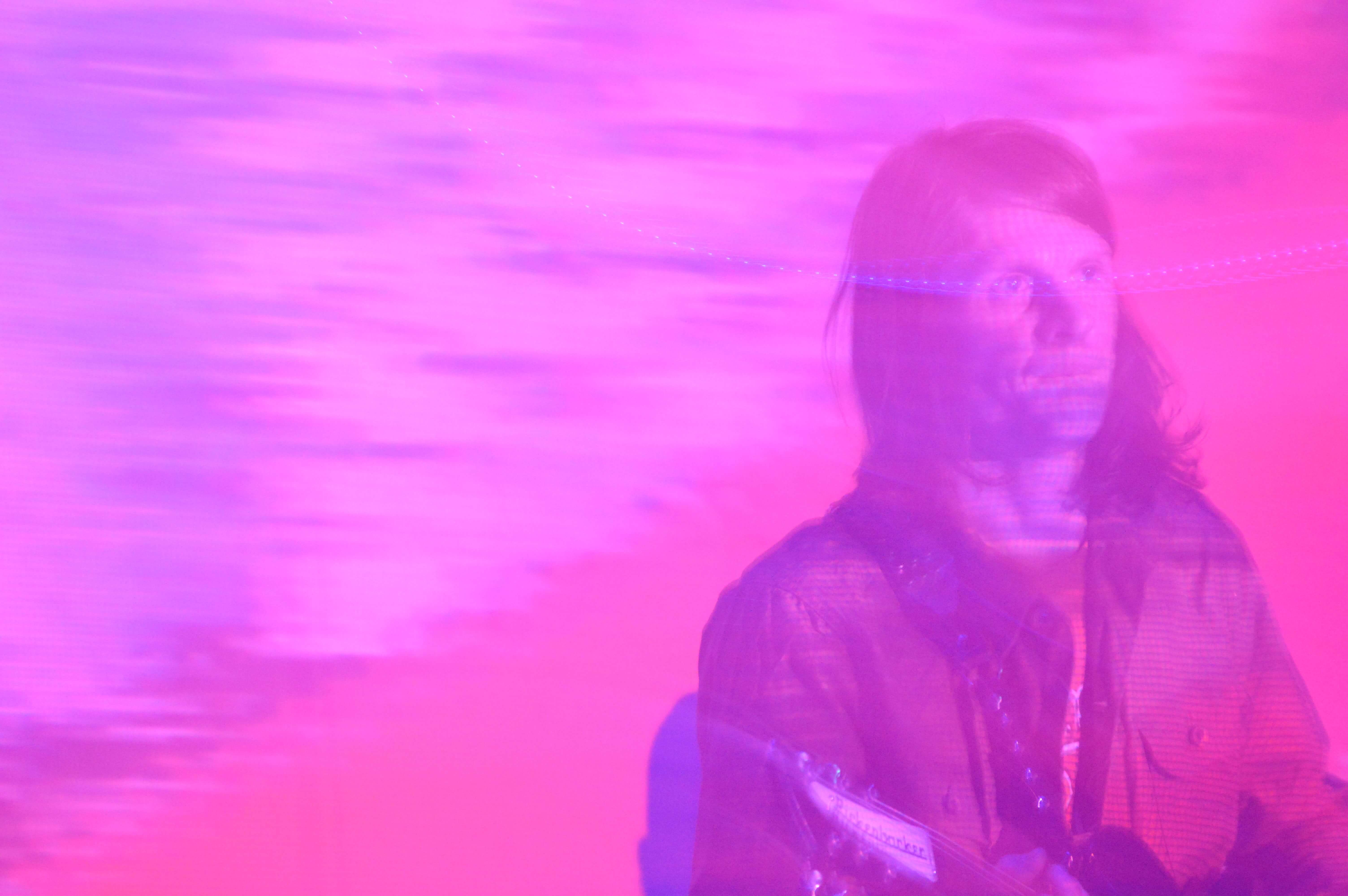 Psychedelic rock is, for the most part, a genre filled with wankery. It stopped being good when Richard Nixon left office (although I do not believe there is a direct correlation between the two) and the majority of its musicians are unwashed hippies dressed in drug rugs and ill-fitting thrift store jeans who find vague lyrics, droning synths, and rambling guitar solos to be the pinnacle of music. The only people who find this music to be engaging are either on acid, or they have taken so much of it that they can no longer discern good music from bad.

Of course, I am making some broad generalizations here and there are exceptions to every rule. For instance, Black Angels are psychedelic (or “psychedelic garage” for the overly specific music nerds) and during their set last night at The Slowdown, I couldn’t help but notice their general lack of wankery.

Before the Angels took the stage though, the Black Lips opened the show with their signature brand of scum-covered garage-pop. Though the band members appear to be past spitting in one another’s mouths (unfortunately) or urinating on one another while on stage (also unfortunate), they still brought a throbbing energy to the start of the night.

The addition of saxophonist Zumi Rosow has brought a fresh element to the group’s latest material. Despite the punchier sound that is present on the band’s last three records, they were still at their best when banging out the stupid, saccharine brilliance of early tracks like “O Katrina!” and “Dirty Hands.”

When it was time for the main event, the Austin band walked on stage to the Velvet Underground’s “The Black Angel’s Death Song” which is fitting because both the band and their latest album, 2017’s Death Song, are named after the classic track.

The show began with “Young Men Dead,” arguably the band’s most popular song and the opener to their 2006 debut album, Passover. In fact, more than a third of the set was comprised of songs from that record. Cuts like “Manipulation” and “Bloodhounds On My Trail” sound even punchier in a live setting than they do on record, especially now that the band has added an additional touring guitarist.

The band sprinkled in track from their other five records, but honestly, it is a little hard to differentiate between the Angel’s songs. All of the traditional trappings of the psych-rock are present; reverb-laden vocals, meandering basslines, heavily-processed guitars, but the group does not function like other psych bands I have seen. There are guitar freakouts, but they are short and never feel like they are dragging the songs down. The keyboard washes complement rather than conflict with the guitar. The band members don’t dress like shit either.

The only part of the show that felt psychedelic were the lights, a cross between Warhol’s Electric Circus, a lava lamp, and an iOS screensaver from a decade ago. The only other thing that I found truly distracting was the appearance of the bassist who I was convinced was the same gentleman that played Karl on Workaholics.

The main set concluded with a chest-rattling version of “Comanche Moon” that left a rapturous crowd wanting more. After a short break, the band returned for a quick three-song send-off before the lights turned on and the speakers were filled with the music of someone’s Spotify playlist. It was tight. It was loud. It was vaguely psychedelic. Most importantly though, it did not overstay its welcome.