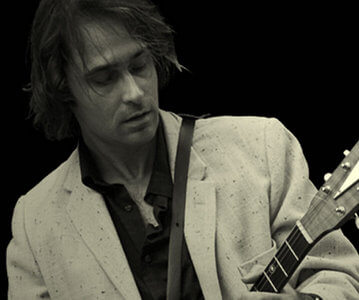 The fifth Annual Jammin’ Away the Blues concert is this Saturday, April 13, at Lincoln’s Bourbon Theatre. The event is a benefit for the Mental Health Association of Nebraska. This year’s featured artists are Rockin’ Johnny & his Chicago Blues Revue. Rockin’ Johnny Burgin has been recognized on the Chicago blues scene for nearly 20 years. He began his career by playing in the West Side clubs, then went on to tour with legends like the late Pinetop Perkins and Sam Lay. Rockin’ Johnny is part of the respected Delmark Records blues label and was a session player for artists like Billy Boy Arnold and the late Paul DeLay. Johnny has been called the “modern king of the West Side Chicago Blues Guitar.” He brings two Chicago legends along: Tail Dragger and Mary Lane.

Tail Dragger, whose real name is James Yancy Jones, was in Howlin’ Wolf’s band, who gave him his nickname. Mary Lane is a vocalist who was a regular performer at the famed Theresa’s Lounge in the 1980s. She recorded for Chess & Vee-Jay Records and worked with Robert Nighthawk.

The band receiving the most points at Round Two of the Blues Society of Omaha’s Nebraska Blues Challenge April 7 was Hector Anchondo Band. The final round is April 21 at McKenna’s. The April 21 winner will join Anchondo and Josh Hoyer & The Shadowboxers in the finals May 19, 5 p.m., at The 21st Saloon.