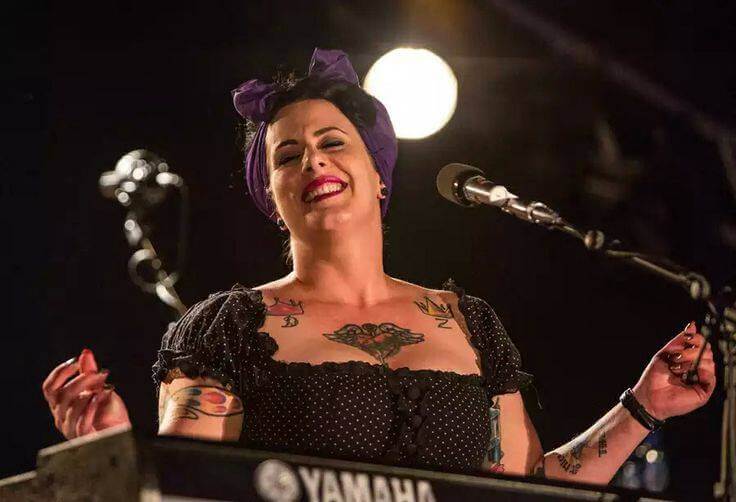 Here are some things on the horizon for live shows this month. Remember you can check out my weekly updates with more shows and late-breaking news in the online-only Hoodoo updates at thereader.com.

Zoo Bar Blues
Lincoln’s Zoo Bar was recognized for the second year in Austin musician Dale Watson’s Ameripolitan Awards in the Venue of the year category. The honors went to Austin’s own Continental Club. See ameripolitan.com for all the winners and nominees. The Zoo Bar was also recognized in Detroit’s Big City Blues magazine’s “20 Years of Nightclubbing the Blues” issue (February-March 2015). The magazine is celebrating 20 years of publication. See bigcitybluesmag.com.

This month the Zoo has some great shows. The big blues trio sound and wicked slide guitar work of Eric Sardinas hits the Zoo stage Tuesday, March 3, 6-9 p.m. The always party-starting Bel Airs are up Friday and Saturday, March 6 at 9 p.m and March 7 at 6 p.m. The great Webb Wilder is back March 8, 6-9 p.m.
The second week of March the Zoo hosts some of the great up and coming women of roots music. Samantha Fish continues to hone some serious guitar chops that are making her a contemporary blues force to be reckoned with. In December, the K.C.-based Fish joined high-profile artists Tommy Castro and Tab Benoit for the “Six Strings Down” tour. Fish plugs in Tuesday, March 10, 6-9 p.m.
Smokin’ rockabilly and R&B artist Nikki Hill hits the Zoo stage Wednesday, March 11, 6-9 p.m. The Russian-inflected rockabilly showmanship of The Red Elvises heats up the Zoo for St. Patrick’s night, Tuesday, March 17, 6-9 p.m.

The 24th Street Wailers knocked me out with their first appearance here last fall. The Canadian band is hard-charging and straight-up, with influences ranging form old-school rockabilly to the late, great Nick Curran. Catch the 24th Street Wailers Wednesday, March 18, 6-9 p.m. And on Friday and Saturday, March 20 and 21, the great Earl Cate from The Cate Brothers brings his band Earl & Them to the Zoo stage. The band features Baby Jason Davis and The Cate Brothers’ and the Band’s drummer Terry Cagle. Their repertoire includes some of the tunes that were part of the classic Cate Brothers playlist. Davina & The Vagabonds play the Zoo Wednesday, March 25, 6-9 p.m., in a date postponed from February due to inclement weather.

21st Saloon Music
Too many people still don’t know that The 21st Saloon presents top touring blues and roots acts every Thursday, 6-9 p.m.
This month’s shows include guitar wizard Chris Duarte Thursday, March 5. Thursday, March 12, the marvelous and seriously bad ass guitarist Samantha Fish is up. Her musical sister Amanda Fish, who has been leading her own band in K.C. opens the show. Be there on time to catch another young, rising star of the blues. See reverbnation.com/amandafish. Oklahoma blues-rockers Dustin Pittsley Band are back Thursday, March 19.

Hoodoo favorites Davina & The Vagabonds return to The 21st Saloon March 26 for their first Omaha show since the release of their latest CD, Sunshine. This band shines with a joyous mix of jump-blues, swing and New Orleans jazz that is irresistible. See davinaandthevagabonds.com.

Rising star and Alligator Records’ artist Jarekus Singleton plugs in Thursday, April 2. Singleton has been called “a musical trailblazer from Mississippi with a bold vision for the future of the blues.” See facebook.com/TheJarekusSingletonBand.