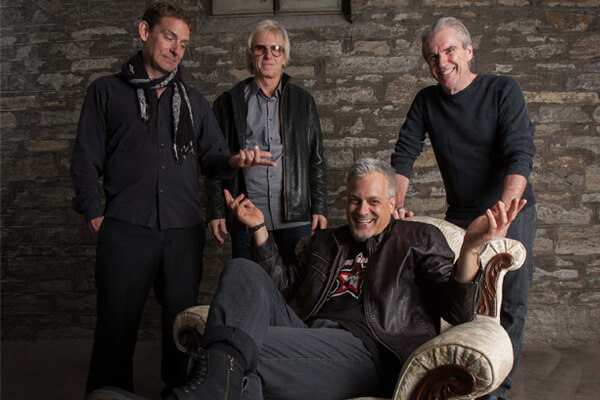 Coming up this week there is more great blues and roots music to keep you moving. Wednesday night at the Zoo Bar catch Cryin’ Heart, a Hoodoo favorite built from veteran Lincoln musicians laying down Chicago and Texas style blues and jump-blues with double guitar power. That’s Tim Budig and Mike Wheeler on guitars and Dave Wagner (bass) and Gary Williams (drums), members of variously the Zoo Bar House Band, The Geezers and the Honeyboy Turner Band. Expect a mix of classic blues and original tunes put down with plenty of heart. Cryin’ Heart has the 6-9 p.m. slot Wednesday, Nov. 4, at the Zoo. Check them out at cryinheartband.com or like them on Facebook.

Also notable is the Lincoln CD release party of country-folk-rock band McCarthy Trenching at the Zoo Thursday, Nov. 5, 6-9 p.m. The band helmed by Dan McCarthy has featured a cast of indie-rocker friends and Dan McCarthy cites influences from Scott Joplin to Hank Williams in Tim McMahan’s profile in this week’s Reader. Also on the bill are Kerry Eddy and the Current Situation. Stick around for the late show featuring The O Street Brass Band and Rootmarm Chicken Farm Jug Band.

Veteran rockabilly quartet the Mezcal Brothers are up for the 5-7 p.m. show Friday, March 6. A Ferocious Jungle Cat has the late show on Friday.

Devon Allman at The Bourbon

A local favorite thanks to his sizzling peformances with roots supergroup Royal Southern Brotherhood, which showed some large audiences what he can do with vocals and blues guitar, Devon Allman hits The Bourbon Theatre Sunday, Nov. 8, 8 p.m. Allman is out on tour with his new disc, Ragged & Dirty (Ruf Records). SomethingElseReviews.com calls Ragged & Dirty “more Allman greatness in the making,” noting that “And Devon Allman is getting it done his own damned way.”

Guitarworld.com says that “Ragged & Dirty is a solid showcase of his talents—from powerful, soulful vocals to dig-in-and-let-fly guitar work. Working with producer (let alone killer drummer) Tom Hambridge, Allman has crafted a collection of tunes that spans the gamut from shake-the-speaker-out-of-the-dashboard rock roar to starlit blues jam. His originals nestle comfortably alongside covers such as the Spinners’ ‘I’ll Be Around’ and Otis Taylor’s ‘Ten Million Slaves.’” See devonallman.com and bourbontheatre.com.

Mark your calendar now for the Scottie Miller Band’s Thursday, Nov. 12, CD release party at The 21st Saloon. Miller is a Hoodoo favorite, an inspiring live performer whose music is infused with joy and passion. The Minneapolis-based Miller has ladled on heavy riffs from electric Hammond and Wurlitzer organ on the new recording, Reciprocation. The CD, released in October, ventures further into rocking blues than Miller has on previous efforts and the results should appeal to audiences looking for guitar-driven electric blues while still satisfying Miller’s keyboard-loving fans. That’s Patrick Allen on guitar. Miller’s “day job” is working as the keyboard player for three-time Grammy-nominee and multiple Blues Music Award winner Ruthie Foster & The Family Band. He is a Minnesota Blues Hall of Fame inductee and a BMA award recipient for his appearance on Ruthie Foster’s DVD Live at Antone’s. See scottiemiller.com. The Scottie Miller Band has one Nebraska show in support of Reciprocation. If you love spectacular, original live music, you don’t want to miss them Thursday, Nov. 12, 6-9 p.m. at The 21st Saloon.

The Scottie Miller Band has their CD release party Thursday, Nov. 12 (see featured write-up above). Audience favorite John Németh is back Thursday Nov. 19. Everybody’s favorite blues-rocker Tommy Castro & The Painkillers also have a brand new CD out that they will spotlight in their show Sunday, Nov. 22 at The 21st. The disc Method to My Madness (Alligator) is the latest in a career-long string of excellent recordings from Castro. See tommycastro.com. All these shows begin at 6 p.m.

Remember the Blues Society of Omaha has a revamped website that includes blues-roots calendar listings for Omaha and Lincoln. Check it out at omahablues.com.