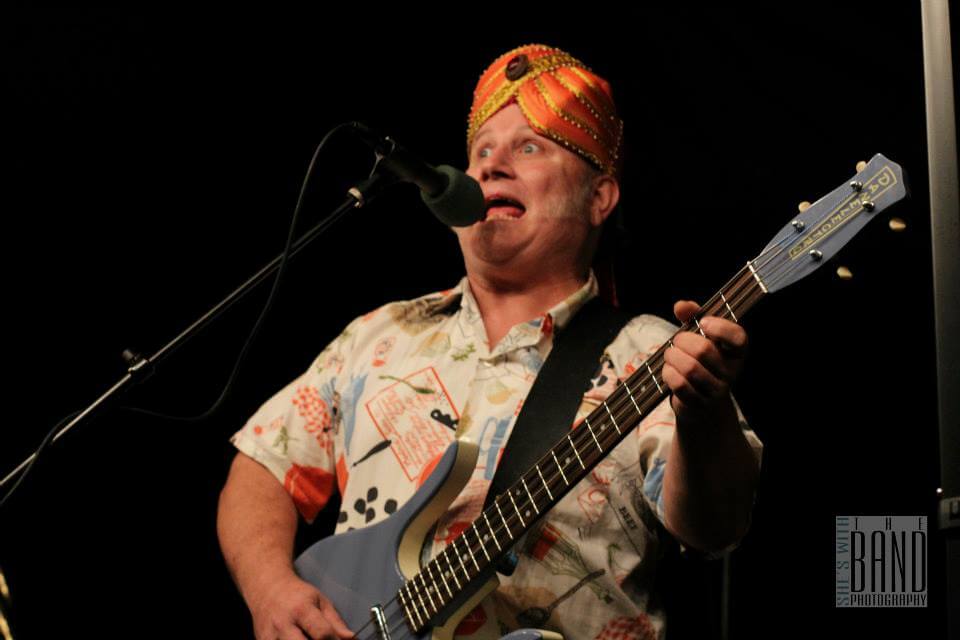 Lincoln’s Zoo Bar hosts the returns of a lot of audience favorites this month including Billy Bacon this weekend and James Harman Thursday, Oct. 15.

Bacon, who resides in Austin, Texas, still puts down his infectious, high-energy blend of roots, blues, swing, Tex-Mex and more. Bacon will be performing with some of his top-flight Lincoln roots musician friends in an ensemble he’s dubbed Billy Bacon & The Linkin’ Logs. They perform Friday, Oct. 9, 9 p.m., and Saturday, Oct. 10, 6-9 p.m. immediately after the Husker game.

Countin’ It Off to Lincoln, Icepick James is Back
Thursday, Oct. 15, 6 p.m., the one and only Southern California favorite James Harman takes the Zoo Bar stage. Harman’s mix of musicianship, originality and deep roots in the blues make his shows a must for fans who are hip to fine roots music. Harman has been singing since he was a teen, when he began playing juke joints and dance clubs. Check out the details of Harman’s lifetime in roots music at jamesharman.com/bio.

A Harman appearance at the Zoo Bar is always a homecoming celebration. As previously reported in a Hoodoo interview with Harman, “Harman and his band loved Lincoln so much that they’d set up their tours to see ‘how many days we could get away with in Lincoln,’ Harman remembered. The band would even route back through for a night or two when they weren’t playing a gig. ‘The whole extended Zoo Bar family became extended James Harman family,’ Harman said. ‘We’d be out on the road…and it would always be countin’ it off to Lincoln.’”

Chicago blues guitarist John Primer was often seen on local stages as a sideman for Magic Slim, who fronted the band before and after Slim’s portions of their sets. The John Primer band returns to the metro with a show at Lincoln’s Zoo Bar Wednesday, Oct. 14, 6-9 p.m. He performs Thursday, Oct. 15, 6-9 p.m. at The 21st Saloon. Primer is a Grammy-nominated artist and an accomplished blues guitar slinger. See johnprimerblues.com.

Holland Stages Festival Coming Soon
Next Saturday, Oct. 17, The Holland Stages Festival event at the Holland Performing Arts Center presents artists on three stages from a variety of musical genres include local players like Darryl White (jazz) and Brad Cordle (blues) along with national acts like Delfeayo Marsalis and Conor Oberst. See the schedule and further details at hollandstages.com.

The event is free but please note this information from the Holland:
“Tickets are not required to attend the majority of the Holland Stages Festival, though performances after 5 p.m. will require a wristband for entrance. Wristbands will be distributed on a first come, first served basis beginning at 3 p.m. at the 12th Street Arrival Plaza of the Holland Center. All-access wristbands will be distributed first, which will allow a patron entrance into any space in the Holland after 5 p.m., including Kiewit Hall for Oberst’s show.
In the event that available all-access wristbands are completely handed out, wristbands for a simulcast will be distributed to the remaining patrons. Simulcast wristbands will allow a patron to gain entrance to any space in the Holland but the Kiewit concert hall. Patrons can view Oberst’s show on simulcast screens set up indoors in the Scott Recital Hall and ConAgra East lobby, as well as outdoors in the courtyard. Only one wristband per person; you must be present to receive your wristband for the headliner concert.”

Don’t forget that it’s a superb fall weekend to take advantage of Junkstock, going on Friday through Sunday, Oct. 9-11 with a variety of live band performances (check the schedule at junkstockomaha.com). There’s food and a kids area as well as all the vendors to shop at.

Americana-folk artist Chris Knight gigs at The Reverb Saturday, Oct. 17, 9 p.m. with Matt Cox opening. One reviewer says of Knight that his “unique sound and sensibility is carved straight out of the dirt road American dream.”

The Sunday Roadhouse concert series is set to welcome Austin’s iconic singer-songwriter-producer Gurf Morlix back to Omaha Sunday, Oct. 18, with a show at The Reverb Lounge. See sundayroadhouse.com.