Home » Music » Shania is Still the One 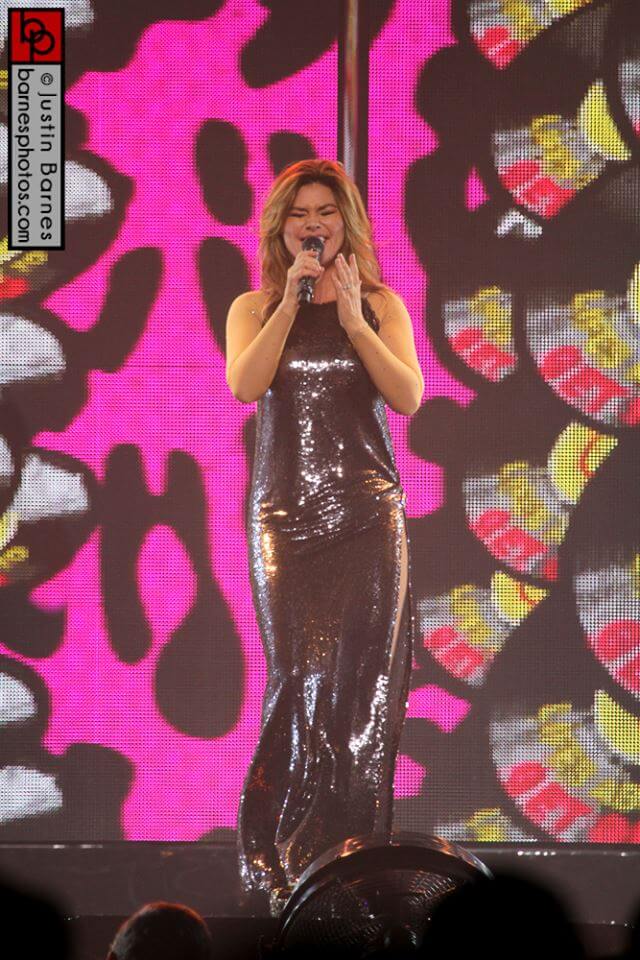 Before Miranda Lambert, Carrie Underwood or even Taylor Swift (hard to imagine right?) there was the original queen of pop country herself, Shania Twain. Rolling into Omaha, the “From this Moment” singer performed to a packed house at the Centurylink Center Friday night. “You already sound outstanding,” Twain said with a roaring reaction from the crowd. Shania’s two-hour long show with a 21-song set of her greatest feel good country pop hits definitely show she still reigns supreme.

Her stage was a display of pop art-inspired and animal print imagery with 5 moving cubes, giving you a reminiscent feel of Shania from the 90’s. There were projection screens which doubled as stage risers as she and her backup singers and dancers kept the crowd on their feet for most if not all of the show.

It was evident the goal for the night was going to be laden with non-stop high energy country hits. “Come on Over” from her third album of blockbuster ballads and radio anthems, gave the crowd something to get up and dance and were followed up with her classic hits like , “Up!”  and “That Don’t Impress Me Much” giving fans the Shania Twain fix they needed after her 15-year break from performing.

Mixed in among her setlist where songs from her newest album “Now” which she stated to the press before its release was a chance for her to do something new and pure. Well received, songs like “Swingin’ With My Eyes Closed”,  “Life’s About to Get Good” and “Let’s Kiss and Make Up” were just some of the newer hits she performed throughout the night. It’s true some of her newer material might not have the same hooks as her older hits, but they stay true to her country pop roots.

Half way through the show, Shania flew over the crowd on a swing made from a guitar case during “You’re Still the One” striking a chord with everyone in the arena that no matter how long it’s been, Shania’s magic can’t be undone.

Shania teased the crowd later saying, “Omaha, you are beautiful. I was sitting with some of my crew eating at a restaurant and I just love your downtown. I would move here if I could just ride my horse through the streets! I am seriously thinking about it.”

Rounding out the show, Shania shimmered in a rhinestone encrusted jumpsuit and sang, “Whose Bed Have Your Boots Been Under?” and delivered her biggest hit with an encore performance of “Man! I Feel Like a Woman!” which had everyone in the arena on their feet singing and dancing. It’s evident that no amount of time away from the public or from music has dimmed Shania’s ability to put on a great show, exhibiting to her fan’s, Shania’s Still the One!