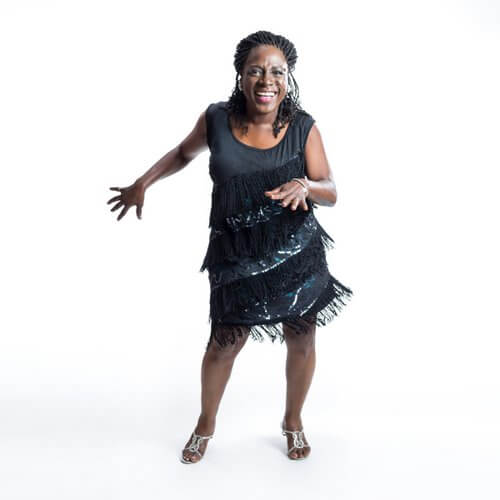 Get ready for a dance party as Playing With Fire hosts a special free show at Council Bluffs’ River’s Edge Park as part of the park’s grand opening events. The Playing With Fire show happens on Memorial day, Monday, May 27, gates at 3:30 p.m. and music at 4 p.m.  Hugely popular national artists Sharon Jones & The Dap-Kings make their second appearance on a Playing With Fire stage. Jones’ non-stop dancing onstage is part James Brown and part Tina Turner. She and her band have spent over ten years devoted to hard-core 1960s sizzling soul and the Stax Records’ sound. Also on the bill are Vintage Trouble, an L.A. band that follows in the high-octane, retro-soul vein that Dap has helped revive enthusiasm for among mainstream audiences. Vintage Trouble has been taking soul fans by storm, appeared on Leno and Letterman and opened on tour for Dave Matthews, The Who and The Rolling Stones.

Either band is an in-demand dynamo. With both these groups on the bill, this show promises to be a high-powered soul-blues review that will have fans talking for months.

Writer’s note: as of Friday, May 24, Sharon Jones & the Dap-Kings have had to cancel due to a family emergency. Vintage Trouble will headline the event, Josh Hoyer & the Shadowboxers have been added to the bill and will perform after Satchel Grande. See playingwithfireomaha.net/events/2013-playing-with-fire-concert-series/

If you’re looking for a fun music road trip this weekend check out Lippy’s BBQ & Blues Fest, 125 W. 2nd in Malcolm, Nebr., Saturday, May 25, noon to midnight. Malcolm is about an hour from Omaha and only about 15 minutes northwest of Lincoln. Admission is $10 and bands performing include Tijuana Gigolos, Honeyboy Turner Band, Josh Hoyer & The Shadowboxers, The Upstairs Blues Band and more. Find details at lippysbbq.com.

The winner of the Nebraska Blues Challenge Finals on May 19 who will represent the Blues Society of Omaha at the prestigious International Blues Challenge in Memphis in January 2014 is Josh Hoyer & The Shadowboxers. (Full disclosure: I am an advisor to the BSO board and the event.)