Home » Music » She Needs a Little Time Out: An Interview with Courtney Barnett 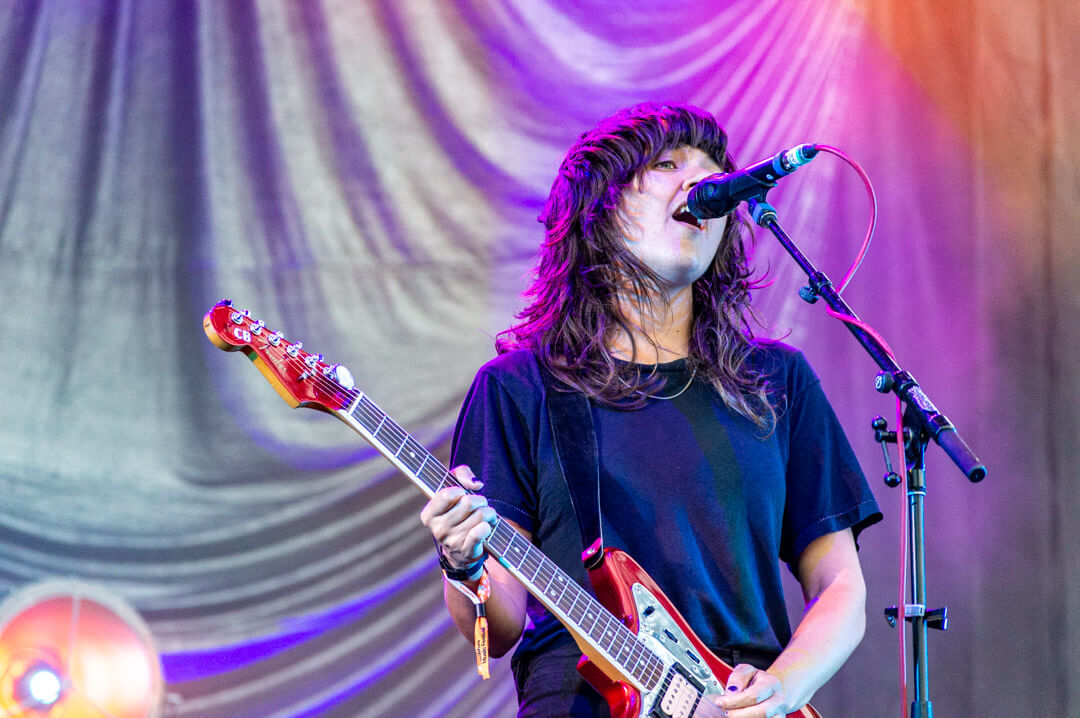 “The city looks pretty when you’ve been indoors/For 23 days I’ve ignored all your phone calls,” sings Courtney Barnett three songs into her sophomore album Tell Me How You Really Feel. The lyric works both as an epigram about touring and about how Barnett has been living the last few years of her life. Underneath the quiet politeness she puts forward over the phone, I can hear a level of fatigue that only world-traveling musicians are familiar with. She is fresh off a European tour that included sets at major festivals like All Points East in London and Primavera in Barcelona. Now, she’s in Philadelphia, two days removed from a cross-continental flight to the U.S. and sound checking before the first show in another massive run of dates.

“It was a good time — good people, beautiful weather,” she sleepily replies when asked about her recent excursion across the pond, describing it with the same level of detail that you or I might describe a nice backyard barbeque. But then, Barnett has never been one for long-windedness.

The 31-year-old from Sydney, Australia, has made a name for herself writing exceedingly clever lyrics and packaging them in unfussy, to-the-point songs. “I’m always making these little observations,” she says, referring to both her songwriting and her style of drawing.

Barnett spent the early part of the decade kicking around Melbourne’s garage rock scene playing in multiple groups — including Immigrant Union with Brent DeBoer of the Dandy Warhols — while refining her observational style of songwriting. Then, in 2013, she released The Double EP: A Sea of Split Peas. A combination of her first two EPs, I’ve Got a Friend Called Emily Ferris and How to Carve a Carrot into a Rose, The Double EP showcased the full range of her talents, albeit in an imperfect manner. On songs like “Avant Gardener” and “History Eraser,” she translates her observations into hilarious, grungy tunes that featured brilliant lines like “And in my dreams I wrote the best/Song that I’ve ever written/Can’t remember how it goes.”

While The Double EP found modest success, with the release of her debut album, Sometimes I Sit and Think, and Sometimes I Just Sit in 2015, everything went up a level. Headlined by “Pedestrian at Best,” a scathing tune that mixes an In Utero-style riff with darkly comedic lyrics — including the gem “The rats are back inside my head/what would Freud have said?” — the album climbed up the critics’ “best of” lists, won multiple Australian Recording Industry awards and even nabbed her a Grammy nomination for Best New Artist.

From there, the tours got longer, the album sales got better and Barnett continued to pile up the acclaim, whether it was for collaborative projects like 2017’s Lotta Sea Lice, her album with friend and Philly guitar hero Kurt Vile, or her 2018 masterstroke Tell Me How You Really Feel.

“I’m not one of those people that’s ever said ‘I want to play Madison Square Garden, or I want to be on TV,’” she tells me, though that has not stopped her from doing both. “I never really had a goal. To me, playing music seems like a life-long quest to figure out what that goal is. Right now, I think my goal is to understand what we do and how we do it, and how that connects with people as a whole.”

That appears to ring especially true on her latest single, “Everybody Here Hates You.” The music video for the Record-Store-Day exclusive shows Barnett traveling inside her own head as she sings about feeling “stupid,” “useless,” and “insane.” However, the song comes around to say this is a universal feeling that we shouldn’t feel alienated by.

Despite the sullen subject matter, you can hear her let out a small chuckle around the halfway mark of the song.

“The laugh has two reasons,” she says. “The first is that we all suffer and that we all have to carry on, which is kind of funny in itself.” Dark, but, OK sure. “The other reason is that my friend Dan [Luscombe, The Drones guitar and keyboardist] was really hungover and had moved the keyboard onto the floor so that he could play on his stomach. I mean it’s this really kind of dark song that we’re playing and he’s doing something that’s just really silly right in the middle of playing it, so it was hard not to laugh.”

For Barnett, this isn’t just a funny anecdote about her friend paying for his poor decisions from the previous evening. It’s the manifestation of her life’s philosophy and how that informs her songwriting.

“We just have to try our best to survive,” she said. “We’re sharing terrible moments together, but as long as with do it with people we like and a little bit of humor, then it’s OK.”

At first pass, that quote reads as morose and pessimistic, but when Barnett delivers those lines they seem strangely hopeful and surprisingly relatable. She makes it clear that the daily grind gets to her as much as anybody, but those little in-between moments — the jokes, the stupid laughs — more than make up for boring, repetitive patterns that we can fall into.

After she says goodbye, Barnett’s publicist fails to cancel the call and instead adds the next journalist to our line. Just like me, he starts off with a question about touring and, just like before, Barnett answers with a weary, plaintive response as she patiently waits to get back to her bandmates, longing for that next in-between moment to make everything worthwhile.