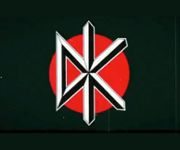 Six Rounds of Punk, that’s right, the Mid-America Center is hosting a punk rock show featuring six bands that are sure to rock your socks off…and quite possibly your ear drums. This hardcore-tastic concert will feature The Misfits, The Vandals, the Dead Kennedys, Guttermouth, Strung Out and Total Chaos. The Misfits are an aggressive, horror punk and rock band that began over 30 years ago in 1977 and they are not only still around today, but they are thriving. With old and new music they have the opportunity to create a new fan base while still keeping their diehard fans. Guttermouth, the punk rock band formed in 1988, has just released its 10th full length album. The band is appropriately named because their lyrics are the furthest thing from prude or conservative. Their behavior matches their deliberately explicit and humorously offensive manners. The Dead Kennedys in the late ‘70s were one of the most popular hardcore punk bands. Their music was unique in the punk genre because of the diverse sound they created and mixed together. In 1986 the band called it quits, but reformed without Jello Biafra in 2001. They took a break from touring, but now they are back. Strung Out formed in 1989 as a punk rock band in California, they have a different approach to punk using a melodic punk and progressive rock sound as well as heavy metal. Total Chaos was also formed in 1989 and in California. Their hardcore punk sound was created for what they called a desperate need to save the dying genre of punk rock. The band has not only played their fill of punk, but created multiple organizations, with the help of other bands, such as United Valley Punks, Orange County Peace Punks and Alternative Gathering Collective. They have held social events with these organizations to support certain causes. If you are punk fan and believe in keeping it alive, come support these six iconic bands.