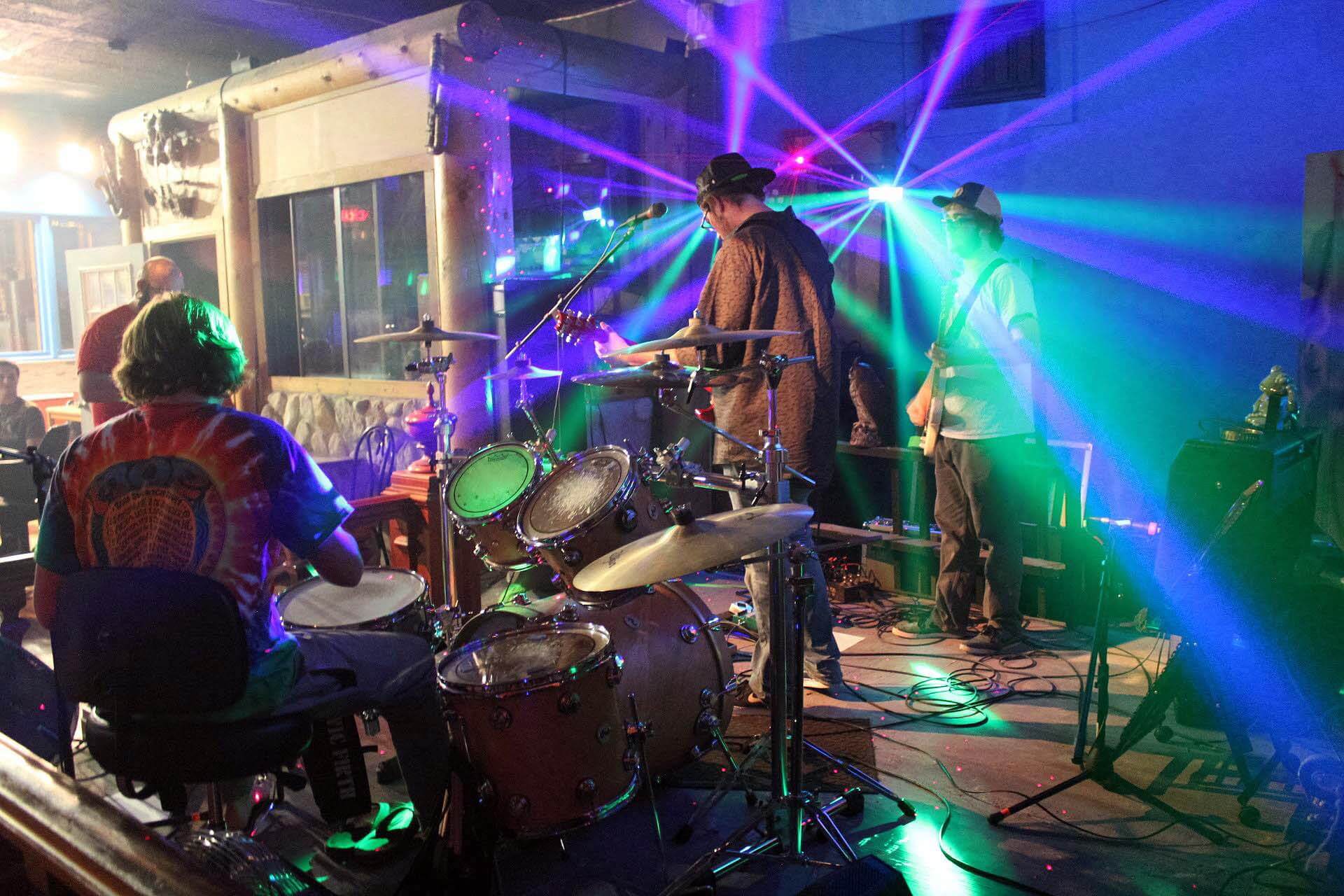 The Slow Stoics define their genre as “Celestial Crunk.” To understand what that means requires listening to their music. With clear psychedelic and progressive rock influences, upon careful examination, what “Celestial Crunk” is becomes clear. It’s the genre of choice for the Slow Stoics.

Thommy and Danny Berger-Deroos, coupled with a close friend, Adam Eschliman, have a love of music that goes back as far as they can remember. Thommy and Adam had even been involved in a band together in middle school. Their network was tangled, with Slow Stoics starting with six members in November of 2010. They have a solid dynamic going on now, with a steady diet of shows all over Omaha and even touring in other States such as one tour they took recently in Colorado. They are organized, with shows being booked as early as three months in advance, four months in the case of a tour.

The best turnout they’ve cited for a show was when they played in Kearney with a group called Cruz Control. Cruz Control is a jam band with funk and reggae influences, citing favorites like the Wu-Tang Clan, B.B. King and Sublime. These all flow together to deliver a coherent, chilled sound.

They list musical influences as the Grateful Dead, James Taylor, Pink Floyd, Jimi Hendrix, The Beatles, and Rage Against the Machine with Phish as a unanimous favorite. Their sound mirrors many of these influences, with others such as Ween appearing at times.

They have no current plans for an official follow up to their excellent studio debut, Jamboyant, although they are talking about a potential live album. While plans are in their infancy, they expressed interest in touring in Wisconsin and Minneapolis.

They are playing a show at the Down Under Lounge on August 25th. The show is free and starts at 9 pm. They will be playing on a marquee with Dr. Webb, a multi-instrumentalist singer-songwriter, and Josh Watson, an acoustic solo act.