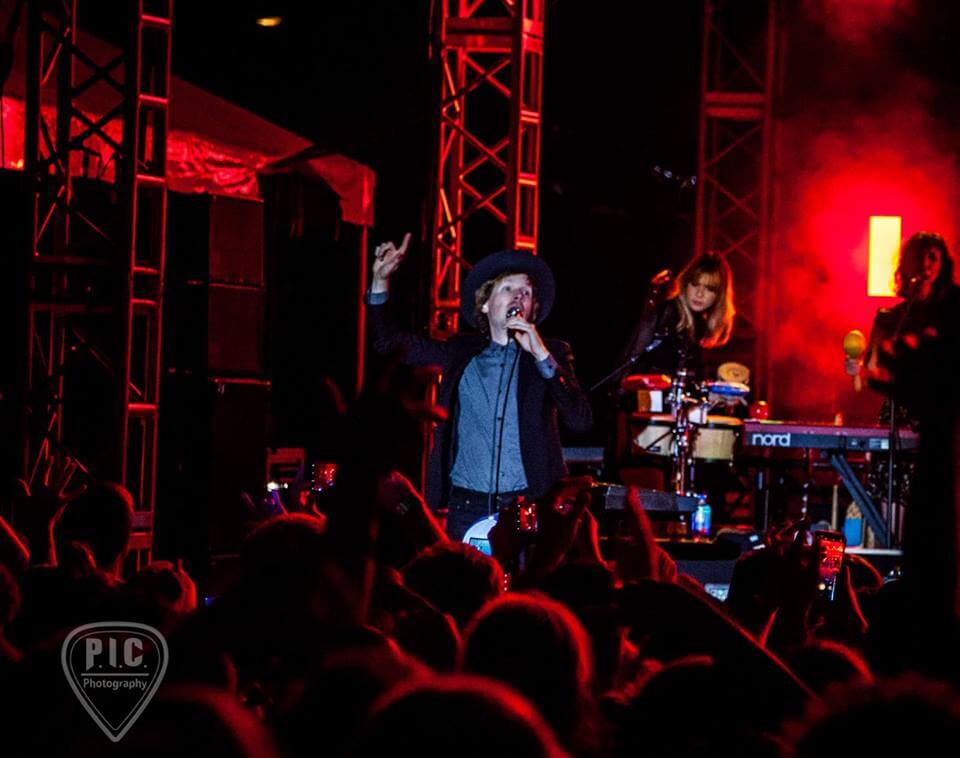 The weather was perfect, the blue moon was out, and the crowd was rocking at Beck’s Saturday night show at Stir Cove.

Folks from all across Nebraska, Kansas, Iowa, and Missouri packed in to see the eccentric pop genius.

Beck is a showman and entertainer at heart. He knows that people want the hits and hits are what he provided. The career-spanning set included songs from his first album to his latest.

Opener “Devil’s Haircut,” given an extra layer of distortion for its live iteration, got the crowd headbanging early. From there, he took the crowd on a journey to his native East Los Angeles via the junkyard hip-hop of “Que Onda Guero,” let them explore his conflicted psyche on “Think I’m In Love,” and took them to a ‘70s funk club in “Mixed Bizness.” The first part of the set ended with the guttural chug and guitar squalls of “Soul of a Man.”

Beck slowed things down midway through the show in order to showcase cuts from his ballad-centric albums Sea Change and Morning Phase. Songs like “Lost Cause” and “Blue Moon” had the crowd gently swaying in the breeze of another beautiful summer night.

Even the singles from the artist’s upcoming album Colors were well received. The duo of “Dreams” and “Wow,” both variations of danceable, gossamer pop, had the crowd grooving throughout both.

Beck capped off the main set with the raucous one-two punch of “Sexx Laws” and “E-Pro” before retiring for a short break.

For the encore, Beck performed a mutated version of his Odelay hit “Where It’s At,” that included several other songs within the song (almost like the Inception of performances).

After the second chorus, Beck jumped into band member introductions. While forced and obligatory at most concerts, it turned into a fun showcase for the members’ talents and tastes. Each member got a chance to cover a snippet of his or her favorite song which made for its own impressive mini-show featuring covers of Chic, the B-52s, and the Rolling Stones.

To end the medley, Beck got out a harmonica and banged out “One Foot in the Grave,” a folky romp off of his 1994 album of the same name. Even though the majority of the crowd didn’t seem to be familiar with the lyrics, nobody was able to resist the fun of Beck wailing on his harmonica before tossing it into the crowd and jumping back into the final chorus of “Where It’s At.” As he walked off stage to the sound of the crowd chanting, you could tell that for that evening, “it” was definitely at the Stir.