The precursor to heavy metal teams up with one of the genre’s biggest acts as Deep Purple and Judas Priest embark on a co-headlining North American tour. During their heyday, the releases of InRock (1970) Machine Head (1972) and Made In Japan (1973) catapulted Deep Purple to the top in concert grosses and album sales around the world while also cementing them as a standard on FM rock radio. Judas Priest took the blueprint of the hard rock bands before them and expanded by adding heavy riffing and taking the genre in a more progressive direction. They created one of the all-time heavy metal classics in British Steel.Deep Purple’s latest studio album, inFinite, was released on April 7, 2017, via earMUSIC. Produced by the legendary Bob Ezrin, (Pink Floyd, Alice Cooper, Kiss), InFinite featured 10 new tracks recorded with no musical boundaries in the spirit of the ’70s.Judas Priest’s latest studio album, Firepower, has become one of the most successful of the band’s entire career landing in the top five of 17 countries (including their highest chart placement ever in the U.S.), and scoring their highest charting commercial rock radio single in decades with “Lightning Strike.”It’s the perfect show for everyone – from the metal historian who wants to see how the genre evolved over the years to the casual fan that just wants to hear “Smoke on the Water.” 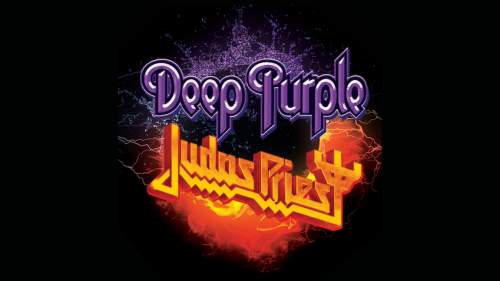