Widely acknowledged as one of modern hard rock’s most explosive live acts, Grammy Award-winning band Halestorm recently released their third studio album Into the Wild Life. The group, composed of lead vocalist and guitarist Elizabeth “Lzzy” Hale, her brother drummer and percussionist Arejay Hale, guitarist Joe Hottinger, and bassist Josh Smith. Recorded last year in Nashville with producer Jay Joyce (Cage The Elephant, Eric Church) at the helm. The result is Into the Wild Life which is highlighted by the number one mainstream rock radio single, “Apocalyptic,” making Halestorm the fourth-ever female-led act to top the format more than once.In addition to its extraordinary popular success, Into the Wild Life has also begun receiving unprecedented critical acclaim. “(The album) is a different beast altogether,” declared veteran rock journalist Jon Wiederhorn at Yahoo! Music, “one that forsakes everything that has worked for Halestorm thus far (slick production, traditional songwriting arrangements, a radio-ready mix of rockers and ballads) and takes a leap into the unknown… The risk of following its instincts has paid off.” Do not miss your chance to the band roll through this remarkable new material when they stop by Stir this August. 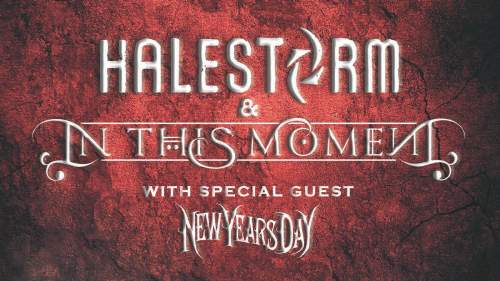