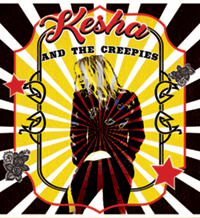 High energy is what you’ll get all night from Kesha and the Creepies. The pop rock stars come together after a world tour in 2016 to perform songs like “Your Love is My Drug,” and “Cannibal.” She’s been given a few coveted performance opportunities doing cover songs at the Billboard Music Awards, Coachella along with headlining countless music festivals. If you’re not as familiar with her sound, you might know her from her songwriting having written for artists like The Veronicas, Miley Cyrus, Alice Cooper and Britney Spears.

Next up is Atlas Genius, an alternative rock band stemming from South Australia. The group started in 2009 with four band members: Darren Sell, Keith Jeffery, Michael Jeffery and Steven Jeffery. Most famous for the song “Trojans,” Atlas Genius was a band that originally worked as a cover band to pay the bills. With years of hard work, the group was later featured on platforms like MTV’s 120 Minutes and Sirius XM’s Alt Nation channel.