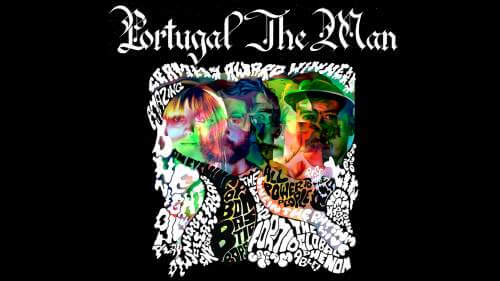 Portugal. The Man with Cherry Glazerr

Since 2006, Portugal. The Man toiled away in the underground, steadily releasing a string of strong albums that did well with critics and pockets of fans across the country. However, after the release of their 2013 album – Evil Friends – the band felt stuck. The group’s members recorded sporadically and experimented with a number of new sounds and textures. Nothing was working. Lead singer John Gourley returned home returned frustrated returned home to Wasilla, Alaska. It was here John experienced two pivotal moments with his father: his dad gave him some tough love about not finish.

The resulting album – the aptly-titled Woodstock – and has made the Alaska band one of the biggest in the world. The main reason for this is “Feel It Still,” the group’s slickest, most streamlined single to date. Even if that title does not immediately ring a bell you have definitely heard it. It has climbed to number four on the Billboard Hot 100, garnered nearly 450 million streams on Spotify alone, and been featured in commercials for everything from YouTube TV to Vitamin Water. It is a delightful song with an upbeat tone that should reverberate through the group’s entire setlist.

To get tickets visit: https://www.caesars.com/harrahs-council-bluffs/shows