The biggest rap group in the world kicked off the season this past weekend in Omaha. The Grammy-nominated multiplatinum Atlanta hip-hop trio are touring in support of their chart-topping new album, Culture II, before joining Drake on tour in July. Culture II, the follow-up to the massively successful Culture, was released exactly one year ago to the day of its predecessor and debuted in the top position on Apple music in over 60 countries. The album was so successful, it was certified as having a billion stream a mere 20 days after its release. In the world of rap, the triplet-laced Atlanta trap sound dominates hip-hop radio and this Versace-wearing familial outfit rules the kingdom with an iced out fist.

The group bring with them a litany of hits including the number one Billboard smash “Bad & Boujee,” which won the best collaboration at the 2017 BET Awards, “Stir Fy,” which the band recently performed with Pharell on The Tonight Show Starring Jimmy Fallon, “Motorsport” featuring the first ladies of hip-hop in Nicki Minaj and Cardi B, as well as litany of early mixtapes bangers from before their major label days (“Hannah Montana” and “Versace). For as good a music city as Omaha is, a rap group like Migos is a rarity and a must-see. Do it for the culture. 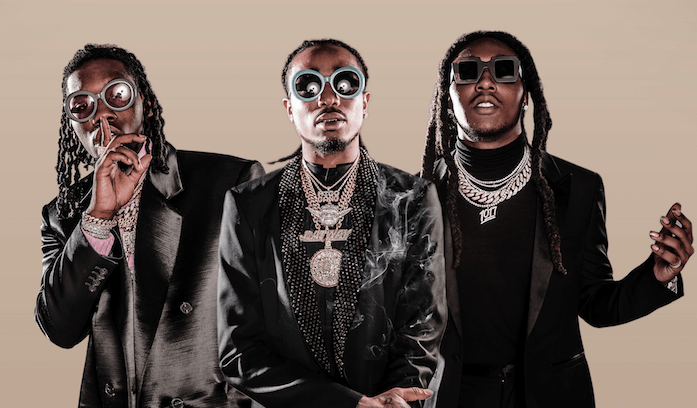