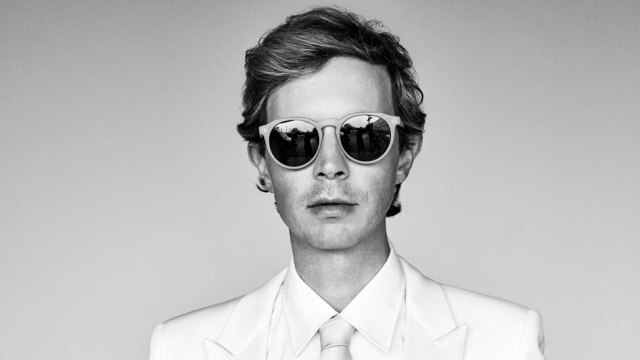 Beck will be playing Stir Concert Cove this Saturday and if haven’t managed to procure a ticket, I highly recommend doing so. With a career spanning almost 25 years, and nearly as many changes in genre, Beck’s catalog is one of the most diverse and fun in all of popular music. The guy puts on a hell of a show too.

I know there will be some of you out there that might be interested in seeing Beck, but are apprehensive about looking like a noob among the droves of the Beck faithful. Well, have no fear. Below I have listed Beck’s 10 best songs from his live set in order to prepare you for the show and help direct you to the best Beck album based on your personal taste.

Originally released in March of 1993 and re-released as the first single on Beck’s Geffen debut Mellow Gold, “Loser” was the song that shot Beck into the mainstream. I’ve read blog post after blog post about the importance of this song and how it perfectly captures the ‘90s, Gen-X, post-Cobain zeitgeist. I don’t buy any of that shit.  To this day I still have no idea what Beck is talking about on “Loser.” I don’t really care and neither should you. What you do need to know is that “Loser” features one of the best slide guitar riffs of all time and one of the decade’s catchiest choruses. It was the start of Beck’s career and it’s where you should start too.

Though the Dust Brothers produced Odelay is more sonic collage than traditional rock album, its most affecting track comes in the form of a four-minute acoustic folk song about nothing in particular. Sleepy, sardonic, and serene, “Jack-Ass” finds Beck slyly poking fun at his newfound voice-of-a-generation status by enlisting the help of two folk greats. The song samples the Them recording of Bob Dylan’s classic “It’s All Over Now, Baby Blue,” and the video features Willie Nelson riding around in a mine cart. Joking aside though, “Jack-Ass” is great. The combination of the hypnotic sample, xylophone, and gentle strumming create a refreshing palette cleanser for both the middle of the album and the set list.

Check out the video here.

Now back to the crazy. “Where It’s At” is nuts for a multitude of reasons. It samples a sex education video, the chorus makes Beck sound like he’s singing into a drive-through microphone at Wendy’s, and these are the lyrics. Equally as weird though is that the song found its way into the top 10 of the Billboard Modern Rock chart and won a freaking Grammy. While “Loser” laid the groundwork for Beck’s junkyard garage pop, “Where It’s At” perfected it and helped establish him as a heavy hitter instead of a one-hit wonder. Video Link here.

“Nobody’s Fault But My Own”

By 1998 Beck needed a change. Tired of being the prankster prince of the rock world, Beck underwent a major sonic shift. To do so, he teamed with Radiohead producer Nigel Goodrich and released Mutations, a sample-free album of mellow psychedelia.

The last single to be released from the record, “Nobody’s Fault But My Own” is the best of the bunch. Inspired by the ‘60s feel of Indian music, Beck created a sonic dessert by combining his acoustic guitar with a trio of Indian instruments (sitar, tambura, and esraj) and an expansive string section featuring his dad on viola. The gentle melancholy of the instruments perfectly compliments Beck’s lyrics about a broken down relationship that leaves the listener to decide who is really at fault for its collapse. Video Link.

Mutations threw just about everybody for a loop. So what did Beck decide to do once he’d confounded everybody’s expectations? He doubled down. Midnite Vultures, Beck’s 1999 album, is dotted with impishly fun R&B. Though one of Beck’s weaker albums, it does hold this masterstroke. The slinky, soulful jam finds Beck prowling a JCPenney for love and taking girls out in his Hyundai. It’s even more ridiculous than it sounds. Performed partly in a shrieking falsetto, it’s possibly the funniest song Beck has ever recorded. It should be noted that in this case, everyone’s laughing with him. Listen here.

Coming off a breakup and reunited with Nigel Goodrich, Beck created a landmark heartbreak album with 2002’s Sea Change. A spacey, country ballad, “Guess I’m Doing Fine” finds Beck slowly returning to the single life after the end of his nine-year relationship. Beck’s voice, simultaneously full of anguish and devoid of emotion, paints a picture of a man that sounds tired of being sad, but who hasn’t quite figured out how to get past it. He looks around at the beauty of the world and the success he’s achieved and knows he’s got so much be happy for, but he just can’t seem to get there. It’s a painfully relatable song and a reminder that underneath all the weirdness is a man dealing with the same problems we all are.

After Sea Change, Beck decided it was time to get back to basics. In Beck’s case, it meant going back to the Dust Brothers produced madness of Odelay, and that’s exactly what you get on Guero. Lead single “E-Pro” takes the stream-of-conscious lyrics and cheeky samples of Beck’s earlier days and lays them over a chugging guitar riff. Always a crowd favorite, “E-Pro” is guaranteed to get everyone out of their seats.

This was a tough one as including it means I had to leave off cuts from 2008’s Modern Guilt (hugely underrated), but I couldn’t resist.  On “Nausea,” Beck is tired of life on the road. In fact, he’s downright disgusted by it. The days have become an exhausting blur and Beck is trying to describe his situation using increasing obtuse metaphors.

In an interview, Beck said that he wanted the track to sound like “The Stooges in South America.” Beck dabbled in Tropicalia before — on a song called “Tropicalia” no less — but the instrumental here combines a more ramshackle guitar sound with pure punk energy. Weird combo right? Impossible for 99 percent of artists, but not Beck. Take a listen.

Beck finally won an Album of the Year Grammy for his 2014’s Morning Phase. While there’s not much that you couldn’t find on Sea Change, Morning Phase still has a few good cuts to offer and “Blue Moon” is definitely a highlight. Full of same sullen lyrics of love and grandiose strings, “Blue Moon” is the evolution of Sad Beck.

The most recent single from Beck’s forthcoming album, Colors, “Dear Life” finds him writing one of the most straightforward pop songs of his career. A piano ditty in the style of late-Beatles era McCartney complete with an overdriven guitar solo, it’s the last thing you would expect from Beck. I’m cheating a bit here since I’m not sure it’ll be on the setlist, but it’s my favorite of his new singles. It’s a fun, endorphin-delivering song, and I couldn’t be more excited to see it live.