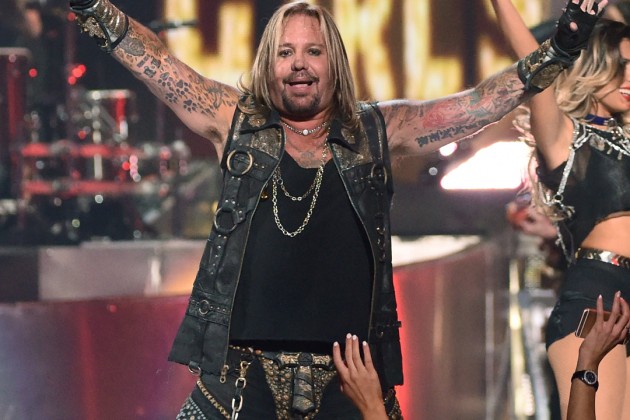 Presented by Z92, Omaha’s radio home for rock music, is pumped to bring together a triple headliner with performances from Vince Neil of Mötley Crüe, Queensrÿche and Special Guest Sebastian Bach. With Vince Neil’s 35-year career and international namesake, he will surely deliver some of the greatest rock songs you can recall like “Home Sweet Home,” and “Wild Side.” The band that Vince played lead vocalist for has albums reaching multi-platinum status as they recently finished their final tour in 2015. But Vince continues to perform as a solo artist and fill the desire of nostalgia for his fans.

Queensrÿche will also make you reminisce taking the stage next. For the love of a good drum set, lyrical poise and head swinging, you will not be disappointed with this five-person band powerhouse. Todd La Torre leads with vocals, Michael Wilton and Parker Lundgren on Guitar, Eddie Jackson on Bass and Scott Rockenfield playing the drums. Their 30-year triumph in hard rock has provided a legacy of its own with more than 30 million fans globally.

To tail the evening, the concert brings Sebastian Bach, a classic addition to the history of rock music. While half of his career is known for his membership in the band Skid Row, Sebastian still leaves his fans with passionate hits even after leaving the band. His music also transfers to fans across both the hip hop industry and television. If you’ve never heard his music, chances are you heard about him from the show Gilmore Girls or on major hip hop radio shows like Sway’s Universe.

Get tickets to this event and add it to your calendar.