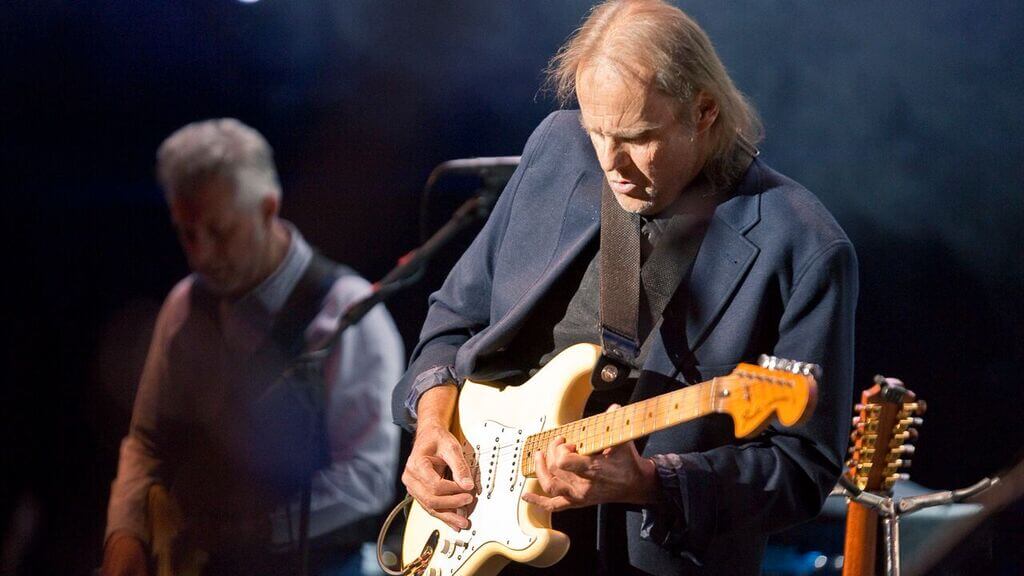 The second of two free summer Playing With Fire shows is slated for Saturday, Aug. 27, at Turner Park in Midtown Crossing. Walter Trout returns to perform with his band in his second appearance in Omaha since he received a life-saving liver transplant at the Lied Transplant Center at Nebraska Medicine in May, 2014. His latest disc Alive in Amsterdam, was released June 17. In May 2016, Trout was recognized with two Blues Music Awards for Rock Blues Album and Song of the Year. See waltertrout.com.

The veteran, critically acclaimed blues-rock guitarist is playing at the top of his game, even better than before he was taken ill. The show will support Donate Life Nebraska’s educational efforts about the need for organ donors. According to Donate Life Nebraska there are approximately 123,000 people in the U.S. waiting for an organ with a new person being added every 10 minutes. One organ donor can save or heal the lives of up to 50 people. Find out more at donatelifenebraska.com.

Also featured is Montreal guitarist and entertainer Steve Hill. Hill’s recent accolades for his rave-up one-man-band show include winning a 2016 and 2015 Maple Blues Award for Electric Act of the Year, Entertainer of the Year and Guitarist of the Year, 2015 Recording/Producer of the year and a 2015 Juno Award (Canada’s Grammy Award) for Blues Album of the Year. See stevehillmusic.com.

Local guitar star and his trio the Levi William Band plus BluesEd youth performance band The Redwoods are the early bands. Turner Park opens for seating at 3:30 p.m. and music starts at 4:30 p.m. See playingwithfireomaha.net.

Blues at The 21st Saloon

The Sunday Roadhouse concert series brings the great Texas troubadour Hayes Carll to town for a Friday, Aug. 5, 9 p.m. show at The Waiting Room. Carll is on tour in support of his very fine release Lovers & Leavers. See hayescarll.com. The series has several more shows in the wings, including the return of Sarah Borges & The Broken Singles featuring Eric “Roscoe” Ambel Sunday, Aug. 21, 5 p.m. at The Waiting Room. See sundayroadhouse.com.