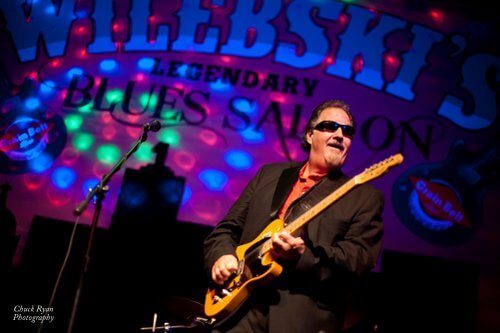 Matt Whipkey is a notable player on the local rock scene with the ability to move into roots-rock and twang equally well. He also gets beyond the studio into strong companions to his musical visions like making Super 8 films, cool videos and creative original packaging. Now he goes vinyl. Earlier this year he launched a Kickstarter campaign to fund a passionate and ambitious double-vinyl project designed as an homage to Peony Park. The landmark amusement park formerly at 78th & Cass closed in 1994. The project exceeded its goal by almost half the original amount. Penny Park: Omaha, NE: Summer 1989, pressed on pink vinyl, is his romantic embroidering on the amusement park days and nights those of us in our late 20s and beyond remember.

In the Kickstarter notes Whipkey observes “There had to be a girl, there is always a girl, one with a name that brings it all back home, Penny Park,” adding that this project, “transports the listener to a time when your only concern was summer, summer, summer.” The album is a project of The Whipkey Three with Travis Sing on bass and Scott “Zip” Zimmerman on drums.

Quantities are limited for the double-vinyl release. There will also be iTunes downloads and a limited number of CD copies. Whipkey hosts a record release party on Saturday, June 22, 9 p.m. at Waiting Room with special guests including Moses Prey, Jessica Errett, Tara Vaughan and Fizzle Like a Flood.

Junkstock offers thrifting and junk hunting plus local live music performances.  Admission is $5 per day. Located at 315 S 192nd St. near Elkhorn, before you go, please see the details at junkstockomaha.com.