The BSO Presents shows in May start with storytelling songwriter, hearty vocalist, harmonica player and drummer Randy McAllister. In the great Texas roots music traditions, McAllister has got the goods as both a crowd-pleasing entertainer and a thinking man’s songwriter. He takes the stage at Chrome Lounge Thursday, May 4, 6-9 p.m.

Then get set for a special Tuesday early show at Chrome Tuesday, May 9, 6-9 p.m., when BSO Presents the Nick Moss Band featuring Dennis Gruenling. Nick Moss Band is nominated for Band of the Year, Contemporary Blues Album of the Year and Album of the Year for their disc From the Root to the Fruit in this year’s Blues Music Awards and Dennis Gruenling is a nominee in the Harmonica Player of the Year category. The band will be on their way to Memphis for the May 11 Blues Foundation awards ceremony when they stop in Omaha. Gruenling had a big year last year with his critically- and fan-acclaimed disc Ready or Not. Gruenling is recognized as one of the top blues harmonica players of his generation, combining historical depth with innovative licks. Catch videos of the whole ensemble in action at dennisgruenling.com and listen to From the Root to the Fruit at nickmossband.bandcamp.com. Andrew Duncanson from Kilborn Alley Blues Band will also be on board. This is a great combination of internationally recognized artists throwing down a show that will kick May into high gear!

Thursday BSO Presents shows continue Thursday, May 18, with the classic blues of Washington D.C.’s The Nighthawks. Thursday, May 25, Chris Antonik is featured. He’s a rising star as a singer-songwriter-guitarist on the Canadian blues-rock scene. Thursday, June 1, the entertaining Rev. Raven & The Chain Smokin’ Altar Boys are featured.

BSO Presents also take stages for a couple of other shows. On Saturday, May 20, BSO Presents showcases Kurt Crandall & the Confessors for a 7 p.m. show. Crandall is a respected vocalist and harmonica player specializing in Chicago blues, West Coast swing and Kansas City jump blues. See kurtcrandall.com. He’ll be backed by the late Lee McBee’s old band The Confessors for this gig at Bogie’s West, 14334 U St in Millard.

Then BSO teams with the River City Star to bring the legendary rock-blues band the Cate Brothers back as part of a holiday afternoon of music Sunday, May 28. Also performing are Sailing in Soup, Voodoo Vinyl and Devon “Blind Dog” Fulton’s tribute to Robert Johnson. Look up the BSO Kick Off to Summer event at eventbrite.com and find details at Facebook.com/BluesSocietyOfOmaha.

See zoobar.com for all the details.

July’s Playing with Fire is a two-night double-header at Midtown Crossing with artists including Dawn Tyler Watson and Tommy Castro Band on Friday and Saturday, July 14 and 15. See all the details at playingwithfireomaha.net. 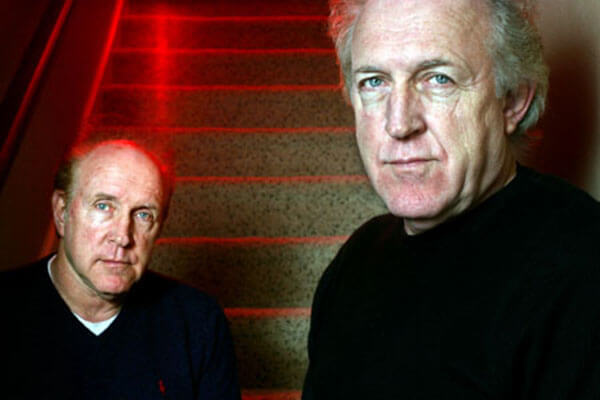 Rock Royalty: The legendary Cate Brothers, Ernie, left, and Earl, right, play very few shows. They have a rare gig for the Blues Society of Omaha Sunday May 28 at the River City Star in the tented pavilion.