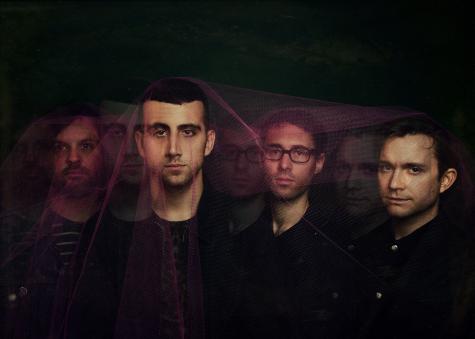 Staten Island band Cymbals Eat Guitars got its name from a Lou Reed quote about Velvet Underground’s sound, which is kinda ironic considering their new album, the sublime Pretty Years (2016, Barsuk), sounds nothing like VU.

Instead, the record, one of the best of the year so far, is like Jane’s Addiction mixed with Archers of Loaf and your favorite modern post-punk band. The Jane’s comparisons comes by way of frontman Joseph D’Agostino’s throaty growl that sounds like a possessed, angry Perry Farrell. The record was produced by indie wunderkind John Congleton (Suuns, Swans, Tim Kasher), who gives it a raw power not heard on their previous albums.

I sent the Ten Questions survey to the band, and bassist Matt Whipple took the bait.

“Nobody’s Gonna Break My Stride” or whatever it’s called.

The four of us in a room playing.

Making more money than I know what to do with.

Paris is kind of a nightmare to drive a huge van around for gig logistics. Let’s go with Paris.

Probably something about Saddle Creek or Warren Buffett? Not much to be honest, despite having toured extensively with Cursive and See Through Dresses.