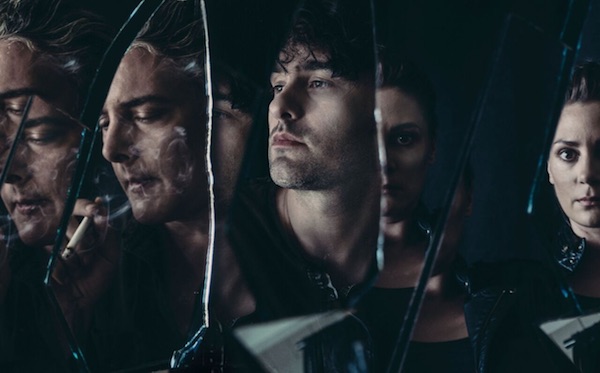 Black Rebel Motorcycle Club — a.k.a. BRMC — have been a force in the West Coast psych rock scene since the band formed in the late ’90s. The core has always been guitarist Peter Hayes and bassist Robert Levon Been, who have shared the vocals throughout the band’s eight studio albums.

Their style: a grimy gutter groove, a loud fuzz guitar and a gritty growl spitting out words about the wrong kind of love. Rock stomps like “Beat the Devil’s Tattoo” off the 2010 album by the same name, and “Spread Your Love” off their 2001 debut B.R.M.C. are the perfect soundtrack for anyone who wants to feel like a bad-ass. The band keeps the grind going strong on their latest, Wrong Creatures, released this past January by Vagrant Records.

We caught up with BRMC’s Robert Levon Been and asked him Ten Questions:

Robert Levon Been: Still waiting for it.

Nearly all of the them, except the very few that somehow give just enough hope to music to trick it into believing it might all carry on into infinity and beyond.

It’s the real dream: to find a place where you set aside all your differences with another person and create something new, beautiful, and unexpected with another person. It’s not far from child birth or any great work of art that’s a collaborative exploration into violent and unknown territory.

The sex, drugs, lies, egos and the distractions. But then again, what would rock ’n’ roll be without all those things?

MUSIC. I know it’s like the most pretentious answer of all time, but I don’t care. It really comes down to the song, atmosphere, weird sonic vibrations, and soul. Everything else is just is surface, sugar, icing on the cake, and always fleeting…

Our dream is to play Iceland, which is the only place we’ve never played and we’ve always tried year after year after year… so please start a petition! To get BRMC TO ICELAND, please.

I think most towns we’ve bombed as many time as we’ve soared, so it kinda balances out. As far as why…I don’t know, I guess we all get nervous and choke just as much as the next guy or gal.

This is actually a good question, because when the band started we ALL AGREED for each member to only be paid a monthly salary (as if we had normal jobs). So if we got a huge licenses for $800,000 dollars we would still just take out a small allowance of that, and that kept us from blowing through our money super fast (with fur coats and lambos). What I’ve noticed though is that after each album we usually have about one year before the accountants start saying ‘Hey look, you’re gonna completely run out of your savings in about six months unless you deliver another new album.’ And that fucks with your head, because you’re just not always inspired every single year to write a new album, which is why I think ‘Wrong Creatures’ took longer than most because we didn’t want to release an album just for, like, tax purposes, which would be almost sacrilegious artistically. So we dragged our feet more than ever before and waited until the songs came more naturally, and it started to feel like an album that we needed in these times. And that’s the only thing that really matters at the end of the day.

A film director or an astronaut. I would hate to vacuum the floors at an airport at like 3 a.m. on the slow Zamboni they’ve got there. I’ve never seen anything more mind numbing than watching a human sitting on a vacuum cleaning going 5 miles per hour, and very understandably looking half asleep while doing a job that’s only purpose is to ease all creativity and soul from your body. But what do I know? Maybe there’s an upside that I’m missing.

Just the title all of our all time favorite Bruce Springsteen album, ‘Nebraska’. And that album alone got us through a lot of long van drives cross country in the early days of the band. It’s a spooky album to listen to on an open highway in the dead of night.

Black Rebel Motorcycle Club plays with Pete International Airport Thursday, May 17, at The Slowdown, 729 No. 14th St. Tickets are $25 Adv/$28 DOS. Showtime is 8 p.m. For more information, go to theslowdown.com.