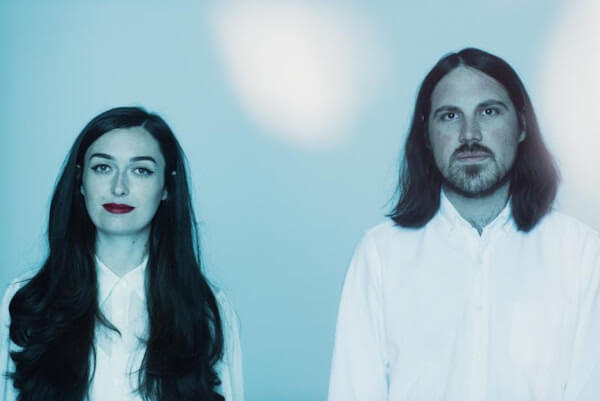 Dreamy synth-rock duo Cults have generated a musical cult of their own since their self-titled full-length debut was released in 2011 by Columbia Records imprint In the Name Of, run by indie star Lily Allen. Since then, New Yorkers Madeline Follin and Brian Oblivion have released two more critically acclaimed albums, 2013’s Static and their latest offering, titled Offering, which came out earlier this month on Sinderlyn.

The new album is a collection of dreamy, floating pop songs that display Follin’s soft, echoing voice over a cushion of synths, guitars and tapping drums, a perfect setting for an early evening bike ride on a vacant, tree-lined blacktop county road. The duo’s Oct. 27 performance with Omaha’s own dream-pop duo, Closeness, is part of the Bemis Center Art Auction After Party, a joint promotion of Bemis and the Maha Music Festival.

We caught up with Cults and asked them to take our Ten Questions survey. Here’s what they had to say.

Cults: Home Schooled-The ABCs Of Kid Soul. Pretty sure everyone in our band could sing every lyric to every song from this record. The mix of incredible musicianship with the most bizarre/touching vocal performances you’ve ever heard perfectly rides the line between emotionality and kitsch.

Sugar Ray, “Every Morning.” I once had the song stuck in my head for an entire year. It’s a great song but having any song stuck in your head for that long will ruin it for you!

Being able to travel to places I never imagined I would see.

It’s hard to keep in touch with people when you are constantly changing time zones and leaving for long periods of time.

Salt! I am definitely guilty of over-salting my food on a regular basis.

Omaha. The last time we stopped here on tour we played The Slowdown. There was a snowstorm, we did our laundry in the venue, hung out at the bar next door and caught up with an old friend. We felt so at home. One of the best nights of the tour!

Soon after our first EP came out we were asked to open for a pretty large act in D.C. Save for a few tiny warm up gigs we had never really played a show before. Let’s just say it was a little too early for us to be playing a stage that big and we could’ve used quite a bit more practice.

Luckily, yes. When we were offered our first tour we immediately dropped out of college and quit our jobs without hesitation. With only one semester left!

One of my good friends travels setting up and testing out zip lines. If I was more of a daredevil I think I would try to steal his job. I would hate to be an accountant. Math stresses me out!

I heard that the bobby pin was invented in Omaha and for that I am eternally grateful!

Cults plays with Closeness at the Bemis Center Art Auction After Party Friday, Oct. 27, at Bemis Center’s Okada Sculpture & Ceramics Facility across the street from 723 So. 12th St. Showtime is 9:30 p.m. Tickets are $25 through Oct. 26, $30 thereafter. For more information, go to bemiscenter.org/benefit