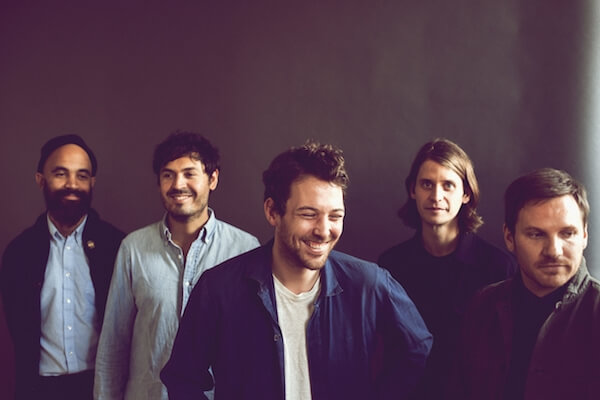 Helmed by singer/songwriter Robin Pecknold, Seattle’s Fleet Foxes has been heralded as one of the country’s best new bands since their self-titled Sub Pop debut topped all the “year’s best” lists in 2008. The band’s warm, ambient sound has been compared to Pet Sounds Beach Boys and modern acts like Grizzly Bear and Father John Misty (Josh Tillman used to be in the Foxes), but on their new album, Crack-Up (2017, Nonesuch), the bright harmonies and echoing production recall Bookends-era Simon and Garfunkel (to me, anyway). The record is a dense, sweeping, elegant piece of modern folk rock, a challenge on first listen that gets better with every spin.

We caught up with Fleet Foxes frontman Robin Pecknold and asked him to take our Ten Questions survey. Here’s what he had to say:

The National Anthem of Nazi Germany

The sense of being on a team, the mental stimulation of recording, and the rising to the occasion of the athletic-ish challenge of touring.

Sleeping in a moving vehicle

Our set at a music festival in Europe was called off after a freak storm tore some stages down.

I am lucky to be able to play music professionally for the time being, and I haven’t had another job since around the time our first album came out.  We all live pretty frugally, which helps.

Filmmaker, and in old age, teacher.  I wouldn’t want to be a hitman or an Influencer.

That you’re the jewel of the Midwest and there’s a statue of Conor Oberst on Main Street.