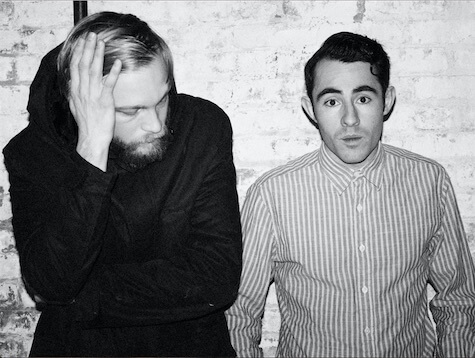 We asked Nate and Benjamin to take our Ten Questions survey. Here’s what they had to say (seemingly in unison):

Iska Dhaaf: Kid A by Radiohead

The “Chicken Song” that they play at roller skating rinks. Also, that song by Edwin McCain, “I’ll Be,” or whatever it’s called, is a close second. I hate these songs with a deep unbridled passion. I resent the question, because now they’re stuck in my head.

Writing songs and traveling around the world with my best friend to perform them.

Business/promotion is probably the worst aspect.

Orange juice, or most variations of fruit.

In general, even in the worst venues and towns we find a way to enjoy ourselves and connect with people. There have been plenty of strange and sparsely attended shows, but they’re all valuable.

Strategically and usually with a sense of unease.

Writing novels, short stories, or films. I would hate to be a mortician.

I haven’t heard that many. Most of them are in songs that came from Saddle Creek bands. Nate saw his first Fire-Fly there, though. That’s a nice story.