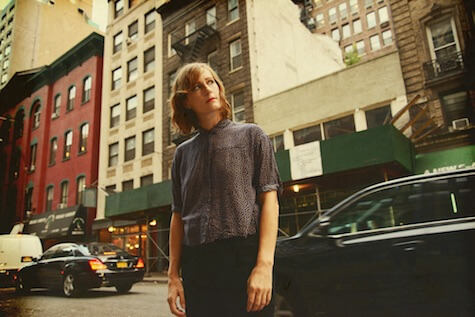 Singer/songwriter Laura Gibson’s life is at a crossroads. Originally from Portland, Gibson has been releasing albums since her 2006 debut If You Come to Meet Me (Hush Records). These days she’s on Barsuk/City Slang and lives in NYC where she studied to be a fiction writer. In fact, her new album, Empire Builder, which came out in April, was inspired by the name of the Amtrak route she took while crossing the country to her new home (and bears a resemblance to a certain Simon and Garfunkel song about a couple lost in America). But shortly after she arrived, her East Village apartment burned to the ground, an experience that “will continue to be, something that shapes me for the rest of my life. I cannot separate that experience from these songs,” she said.

There is a haunting poise to Empire Builder, a solemn intimacy that’s warm and pleasant and heartfelt. Contributors on the album include members of Death Cab for Cutie, Decemberists and Neko Case’s band, an artist whose style her music most resembles.

We asked Gibson to take our Ten Questions survey, and she obliged:

Getting to meet and connect with people all over the world.

Being away from home so often.

Tie between coffee and wine.

I had a few rough SXSW shows in Austin, but they’ve became pleasant/comedic in memory. Bad shows always make for good stories.

Music: a combination of tour income, royalties and licensing for film and commercials.

There is such an incredible music community in Omaha, so I feel like I’ve gotten to know it through song. I’ve heard stories of tornado alerts (but no actual tornado stories).