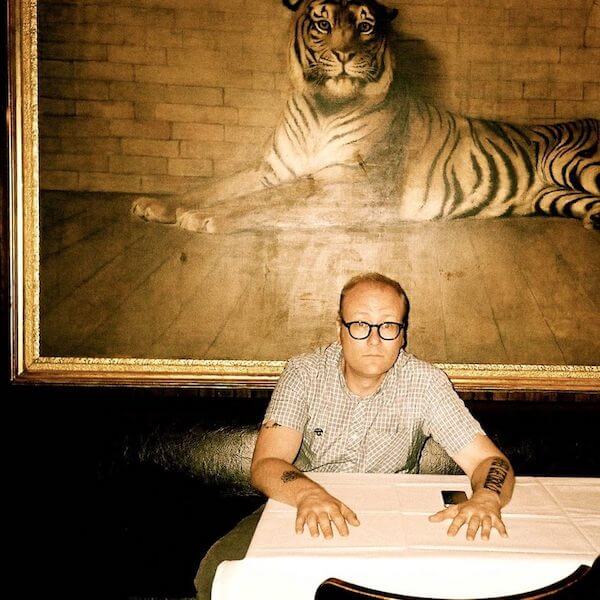 Mike Doughty’s music is deceptively simple but is, in fact, a sophisticated take on modern pop that reaches beyond simple rock and folk genre designations to something smarter, broader and ultimately, genuine.

Doughty struck out on his own. The story goes that he sold more than 20,000 copies of his self-released EP Skittish out of the trunk of his car. It was none other than Dave Matthews that rediscovered Doughty in 2004 and rereleased his early solo EPs on his own ATO Records. Fourteen years and as many albums later, Doughty released the sublime The Heart Watches While the Brain Burns last year via PledgeMusic.

While his music recalls acts like Mountain Goats, Matt Pond PA, Rogue Wave and Spoon, Doughty’s style is more varied, inventive but no less catchy. We caught up with Doughty and asked him to answer our Ten Questions survey. Here’s what he said:

Mike Doughty: What a question! I think the album that changed my life that I’ve been listening to most often of late has been Tom Waits’ Rain Dogs.

“Over the River and Through the Woods to Grandmother’s House We Go.” I mean, to hell with that song.

Surprises — when the other musicians on stage do something fascinating and new during the show.

When you go back to the hotel and there’s no Law and Order of any variety on any channel.

I had a terrible show in Amherst, Ohio, in a yoga studio. I don’t know why I was playing a yoga studio. But there were drunks that couldn’t stop babbling in the middle of this very intimate quiet show, and the yoga queen who ran the joint was a total control hippie.

I’d like to write long-form fiction one day. I worked in a McDonald’s when I was 16 and it was incredibly dehumanizing.

I don’t know if I have stories. My best memory is walking from a hotel room to the tour bus on a cold, clear night, and seeing the Woodmen building looming majestically in the distance.