Home » Music » Ten Questions with NOTHING 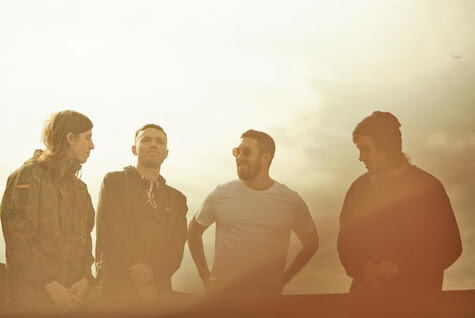 Philly band Nothing may be known as much for its frontman’s brutal history as its music. As the story goes, Domenic Palermo spent a couple years in the slammer after stabbing someone in a fight back in 2002 when he was a member of hardcore punk act Horror Show, according to NPR. As you would expect, the experience changed him and his musical direction. With Nothing, Palermo returned to his first love: shoegaze. The music on the band’s latest album, Tired of Tomorrow (2016, Relapse) sounds like a reinvention of (or at least heavily influenced by) bands like My Bloody Valentine and Slowdive combined with early Smashing Pumpkins. The product is dense, bleak and oftentimes brooding.

We asked Nothing to take our 10 Questions survey. Palermo took the plunge:

Nothing: Sun City Girls, You’re Never Alone with a Cigarette

Not having to be at home.

Having to be on the road.

Chicago. I fell asleep standing up, while we were playing.

One about these two brothers. One’s a cop and one’s a bad ass. The bad ass brother gets in a fight and kills a man in a bar fight. The cop brother chases him down through the back roads all the way to Canada, but decides to let him go, because a man that turns his back on his family, just ain’t no good.