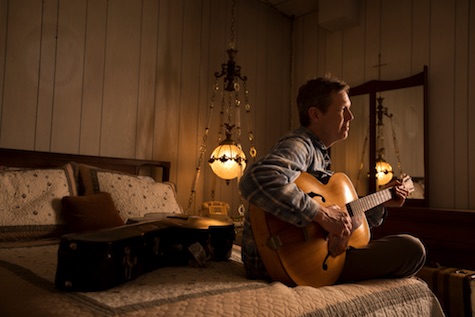 Robbie Fulks is something of a modern-day folk music legend, whether he knows it or not (but he probably does). He’s released 12 albums over the course of 30 years and pretty much defined the alt-country style that Bloodshot Records has become known for, being one of their first acts way back in ’93. Those early recordings, made in Chicago, captured Fulks’ country-tinged singer-songwriter style even though they were engineered by punkmeister Steve Albini.

Albini is behind the knobs again for Fulks’ latest, Upland Stories (2016, Bloodshot), released just last week. The 12-track collection of down-home story songs are rife with clever detail, wry humor and stark observations that capture modern life in rural parts. No doubt he’ll be featuring songs from his new record, along with some of his early classics, when he plays Reverb Lounge Saturday for an early “Sunday Roadhouse Presents” preformance.

We asked Fulks to take our Ten Questions survey. Here’s how he responded in a way only Fulks can:

Bacciagaloop (Makes Love On The Stoop) by Louis Prima

“At”? As though I’m standing on a hill outside the town and shaking my hips performatively in its direction? Shreveport.

I would like to try cucumber waxing because something tells me I already have the skills needed. I would hate to be the late-shift counter clerk at Payless Car Rental at LAX because then I would be a miserable incompetent who would be yelled and cursed at by me.

I hear Woodmen Insurance has a lovely and subtle presence in the downtown area, and that many residents are interested in getting out.