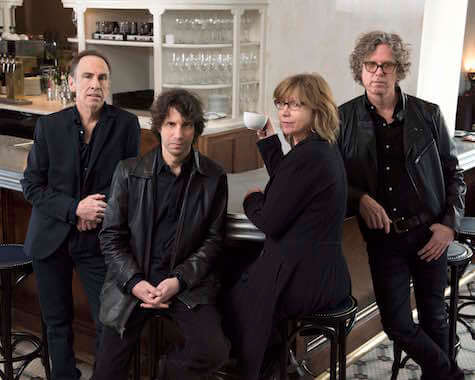 Minneapolis indie folk-rock band The Jayhawks have a history of sorts with Omaha. They’ve been touring through our fair city literally for decades, culminating in a spot on the Maha Music Festival last year — a victory lap of sorts for local fans who remember the band playing to small crowds during the early days.

The band is the product of the mid-80s Twin Cities music scene, releasing their first album in 1986 followed by their Twin/Tone Records debut, Blue Earth, in 1989. They broke in a big way in ’92 with Hollywood Town Hall (American Recordings). Viewed by many as their masterpiece,  the album would have sounded right at home on a ’70s rock radio station, thanks to its laid-back, afternoon melodies.

We tossed our Ten Questions survey to the Jayhawks and bass player Marc Perlman took up the reins.

The music (when it’s working).

Utrecht (but it wasn’t my fault)

By the grace of G-d

Professional hand model; the guy who has to clean the dressing rooms after a Jayhawks show.

The Jayhawks play with Fernando Viciconte Sunday, July 31, at The Slowdown, 729 No. 14th St. Tickets are $25 Adv., $40 for balcony seating. Showtime is 8 p.m. For more information, go to theslowdown.com.